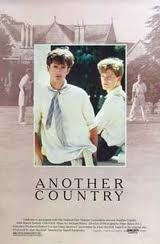 This wonderful insight to the heavily entrenched traditions of the archaic British class system that prevailed for centuries tells the story of a privileged elite set of young men as they deal with the elaborate rituals at one of the countries most prestigious Public Schools (what the Brits call Private Schools).   The story set in the 1930’s is essentially the fictionalized version of very real events, and revolves around Guy Bennett an extremely handsome and supreme self-confidant and flamboyant homosexual who falls deeply in love with Harcourt a fellow pupil.   In an era when even the words are criminal they have a touching clandestine affair knowing only too well that if they are caught that not only will Guy not obtain the position of a Head of Class, which he desperately craves, but also their lives will be ruined forever. 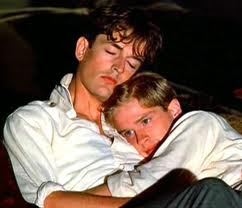 Guy’s best friend Tommy equally has a passion of his own: communism and his disenchantment with both the politics and society of the day, and when Guy falls in to disgrace after his liaison is discovered it is to Tommy he turns. So when the story flashes forward several decades when Guy is now living in Moscow after being one of the most notorious successful spies for Russia, we can never be to sure if his disillusionment turned him, or his craving for acceptance and fame.
Based on the award winning play that was Rupert Everett’s breakthrough performance that he got to repeat in the movie … alongside a very young Colin Firth.  Sensitively directed, beautifully filmed with superb performances from the entire cast.
Strangely enough the movie now recognized as a    Gay Classic was considered ‘too gay’ and ‘too English’ when it was first released in the US and never made it out of N.Y.