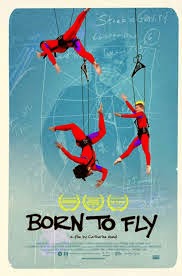 Elizabeth Streb is an American performer, teacher and celebrated modern dance choreographer who is never happy until she pushes everybody beyond the edge and way out of their comfort zone. Her body of work that is part dance, part extreme sports, part performance, completely avant-garde and is uniquely original, visually stunning and exhilarating to watch but acutely dangerous to perform.
Streb, now 64 years old, is a New Yorker by birth who as a young woman hopped on her motorbike and headed across country to study contemporary dance in San Francisco for 2 years before she felt ready to try and make it back in the Big Apple. Initially she took classes and cooked in restaurants to pay her rent and then in 1975 started her first dance company STREB Ringside. From then, to the present day, Streb focused on creating these extreme action dance pieces which required her muscular troupe to take outrageous risks as if they were dare-devil stunt men/women.  When she was still performing this may have helped justify her excessive physical demands, but now that she is on the sidelines directing and the risks seemed to have escalated, it is morally questionable if one can ask another human being to skate so very close to doing major harm to themselves for the sake of making art. 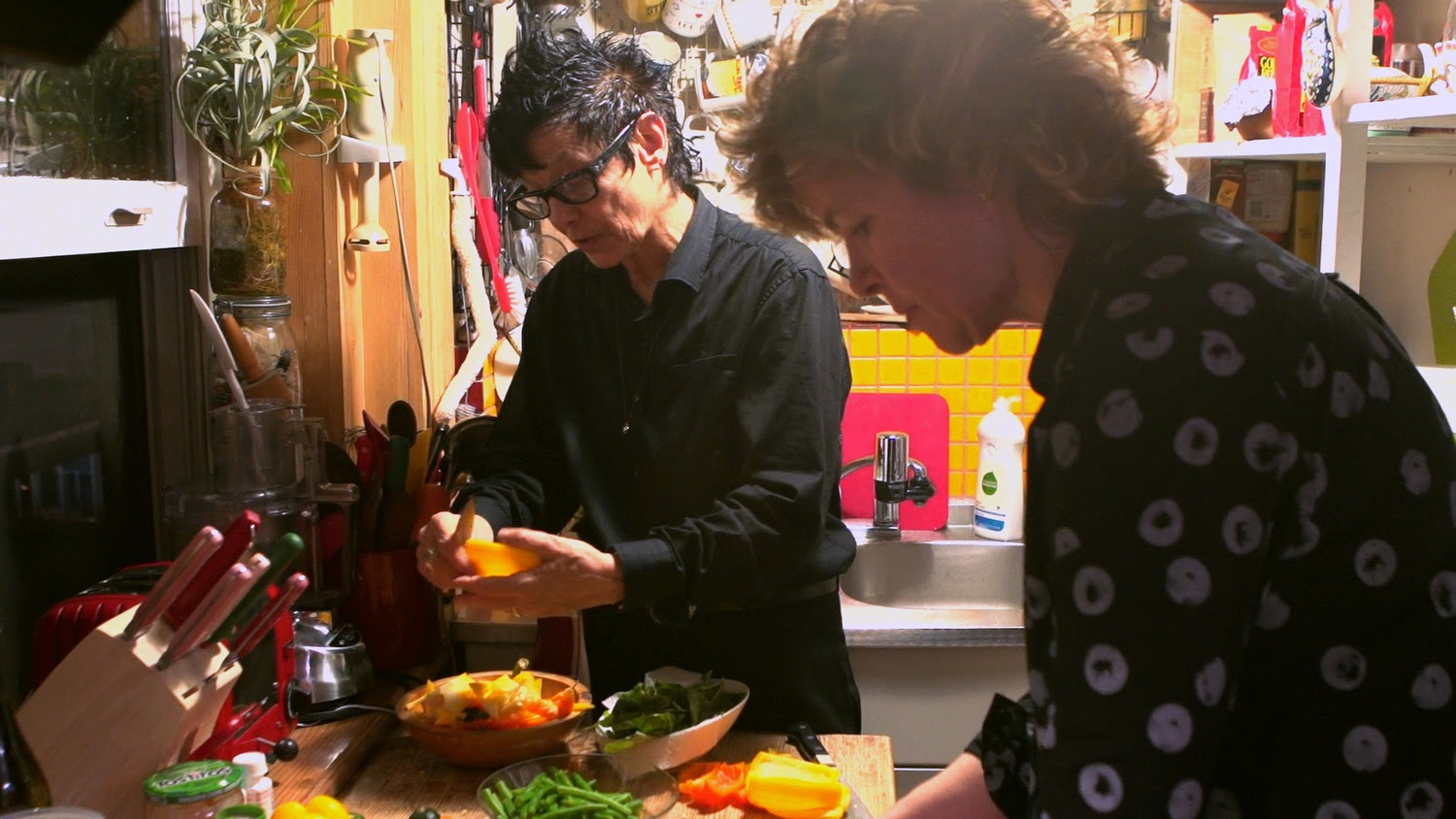 This new documentary by filmmaker Catherine Gund is a flatteringly tribute and gives a fascinating glimpse at both the woman and her work but it doesn’t really scratch below the surface and so we just see Streb in the way that she carefully presents herself to the world.  It may have been part of the conditions Streb laid down in agreeing to the film as in the opening sequences we see the control-freak in her come out as she micro-manages every minute detail of the dinner party she and her partner Laura Flanders are throwing. 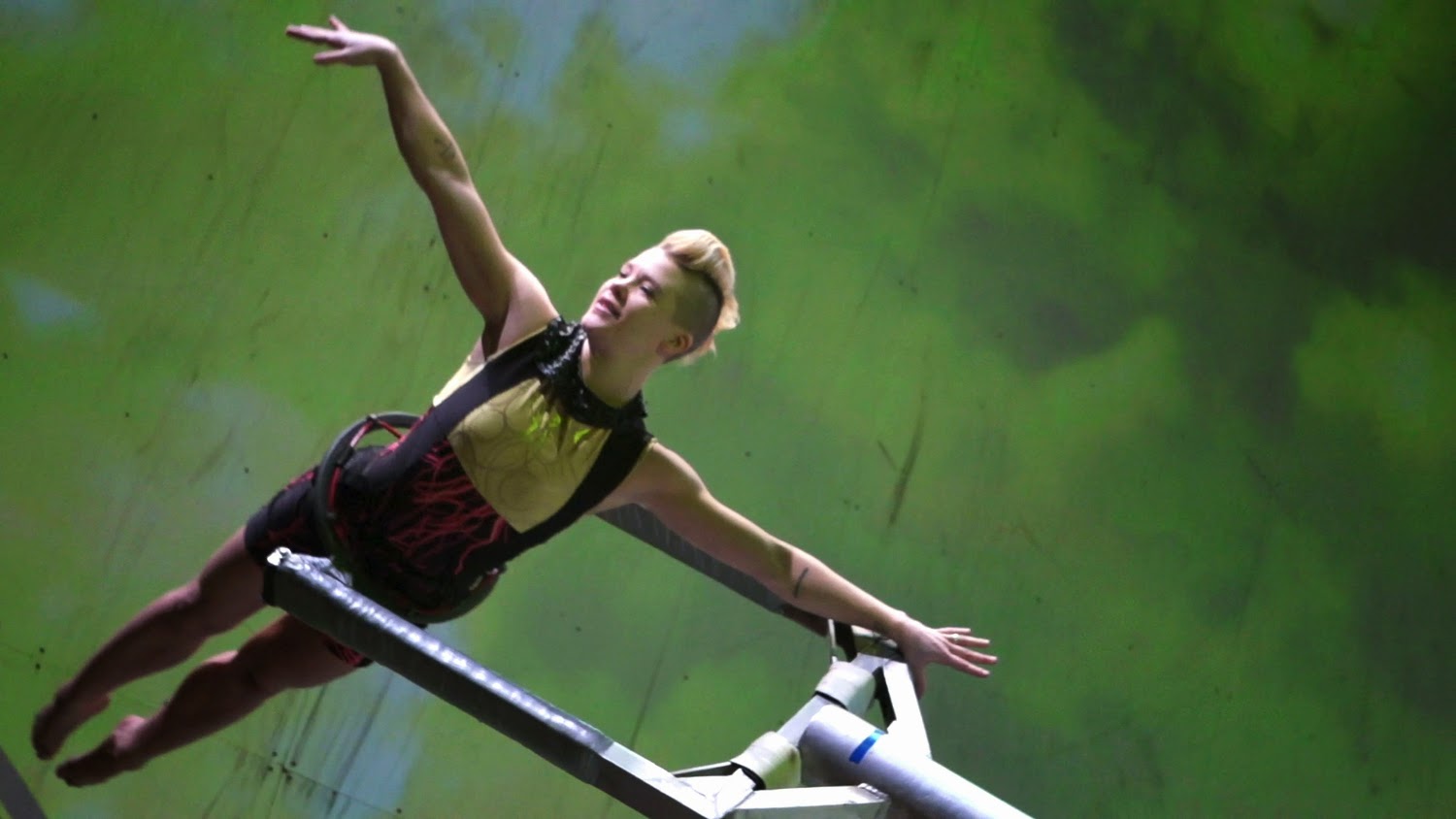 In 2003 after winning countless Grants and Awards including the prestigious ‘Genius Award’ from the McArthur Foundation, Streb established SLAM (Streb Lab for Action Mechanics) in Williamsburg, Brooklyn where she went to to experiment with more works using her Pop Action technique.   She explains this is all about the popping of muscles, training them to utilize them over the movement of the skeleton. It includes moves where the performers dive off 16 foot high scaffolding and landing spread out flat on a mat with a thud, but apparently without hurting one iota , and usually doing this is quick succession with just a few seconds between performers.
Streb explains that her philosophy is simply ‘Go to the edge and peer over it. Be willing to get hurt, but not so hurt that you can’t come back again’.  And all her dancers interviewed were more than happy to go along with this. Even the one who delayed the performance (but didn’t stop it) when she broke her back seemed happy to claim all the blame herself and practically apologizes for letting Streb down. 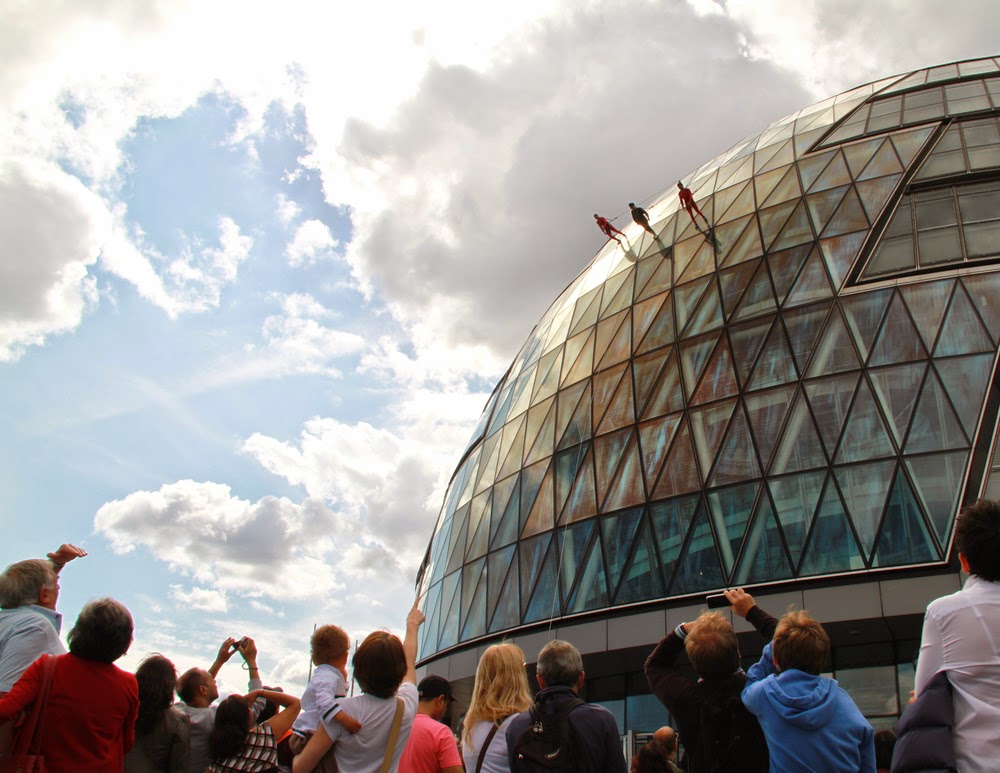 Streb had always looked for dramatic outdoor spaces to perform and had already created sensations at places like Grand Central Station and outside The Lincoln Center, but in 2012 she found her ultimate venue. As part of celebrations of the Olympic Games in London she was invited by The Mayor to perform One Extraordinary Day which including jumping off the Millennial Bridge, walking down the outside the glass domed wall of City Hall and then finishing in it in the evening with the Troupe doing a spectacular piece precariously balanced all over the London Eye.

It was an extraordinary feat and breathtakingly beautiful even though just watching it on the screen gave a acrophobic like me a few too many heart-stopping moments.  The whole day was filmed by Albert Maysles (Oscar nominated director of ‘Grey Gardens’) and was a glorious way to really show the absolute best of Streb’s very particular vision.

If you see this film with no prior knowledge of Streb (as I did) you cannot but help be in awe of what this intense and obsessed black-clad woman can and does achieve. Her pieces are unquestionably sublime and a sheer joy, and seen from the comfort of a movie theater (or home) are completely safe to watch.