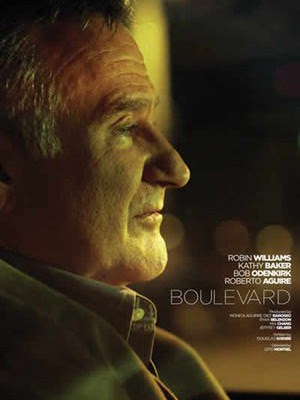 Nolan Mack is a 60 year-old educated and cultured man who has been seemingly content with the same rigid routine day-in and day-out for decades. From the suburban Bank that he has worked as a Loan Officer for 26 years to the home he shares with his wife Joy even though they have totally separate lives.
One night driving home late after visiting his dying father Nolan almost runs over Leo a young gay hustler who then asks if Nolan would like to give him a ride. The two end up in a Motel and despite Leo offering his usual services all Nolan wants to do is just talk and is happy to pay more than the going rate for the privilege.
For Leo, Nolan is just another ‘john’ albeit he is uncomfortable with the fact that he doesn’t want to even touch him, but Nolan on the other hand is instantly smitten and he wants to spoil the young man like the son he never had.  Back home he slips into his usual routine cooking dinner for Joy and his best friend a College Professor and his latest student girlfriend before retiring to his own bedroom as if nothing has happened. 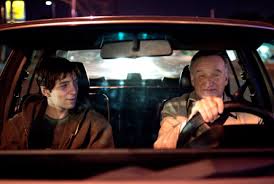 However Nolan cannot get the young hustler out of his mind and next day seeks him out on the street corner where his usually ‘works’ for another ‘date’. Nolan still makes no sexual demands and is content to just look at Leo’s naked body as he lies on the bed and the too of them just talk. It’s the beginning of an intermittent relationship that Nolan is happy to pay for but as they meet more frequently his normal restraint and over-cautiousness disappears and he behaves quite rashly trying to keep Leo around.

Nolan’s clumsiness in covering his unusual absences from home arouse the suspicions of his wife who holds back from saying anything as their marriage on convenience has suited her well up to now.  As Nolan confesses to his comatose father, he realized that he was gay the summer he turned 12 years old, and then just went on with his life pretending nothing had happened.  In fact nothing has since then as he is not a closeted man having gay liaisons on the side and has been content to totally suppress his sexuality and play happy families ever since. 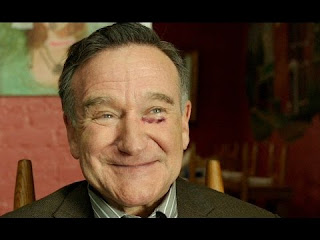 In one of his last movies before his untimely death  Robin Williams gives a career-best performance with this quiet un-showy role. He beautifully captures the angst mixed with relief of a man finally acknowledging to himself he is gay. Williams has played morose and lonely men before (‘One Hour Photo’) but he plumbs new depths here as a kind soul who tries desperately not to hurt anyone else involved. He is matched by a rather wonderful pitch-perfect turn by Kathy Baker as Joy his wife who wanted to always continue to believe that everything was alright in the status quo even though she could see through her husband’s lies.

The fact that Nolan opted to chose to expose himself to the troubled life of a hooker and his pimp it was inevitable that this scenario itself would end in tears. However when it all became public is was, as Nolan’s Professor friend declared ‘maybe it’s never to late to start living the life that you really want.