Dan Savage has been a sex worker now for the past 25 years.

Not the usual kind that stands on windy street corners late at night or one that stars in adult movies shown online on websites like www.watchmygirlfriend.xxx. In fact he does it all fully clothed sitting at a desk. Ever since he told his friend Tim Keck that the weekly newspaper he was starting in Seattle would need a sex-advice columnist and inadvertently talked himself into a job, he has been talking to people straight about sex. Actually not that straight as what he brought to the job was a gay man’s perceptive and sensibility that made him an instant hit with hetereos and homos alike.
Now as a highly successful journalist, author, theater director, TV pundit and radio broadcast Savage has gained a remarkable reputation as both an activist and a highly and very visible opinionated leading member of the LGBT community. queerguru takes it’s hat off to Savage in particular for co-creating the It Gets Better Project to help gay teenagers in light of the suicide of 15-year-old Billy Lucas, who was bullied for his perceived sexual orientation.

Savage hasn’t forgotten about sex either. Eleven years ago he had an unconventional idea in his column Savage Love and he asked people to send him homemade dirty movies, and surprisingly, they did. Before you could say ‘Linda Lovelace’, his mailbox was brimming with films so hot, so hilarious, and diverse that he felt compelled to share them with the world, and so Hump! was born.

We’ve been privy to seeing a preview of this years Festival Tour which kicks off in Pittsburgh next week and were shocked at how fresh and funny ….. and downright sexy it was ….. and Savage is right, there were times we really did have to cover our eyes.

For details of the Tour : 16 Cities so far and more being added all the time click here 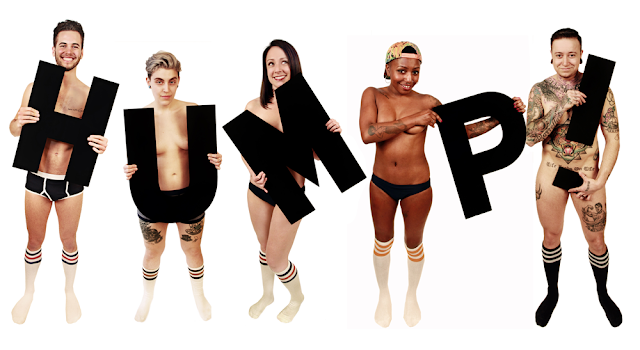