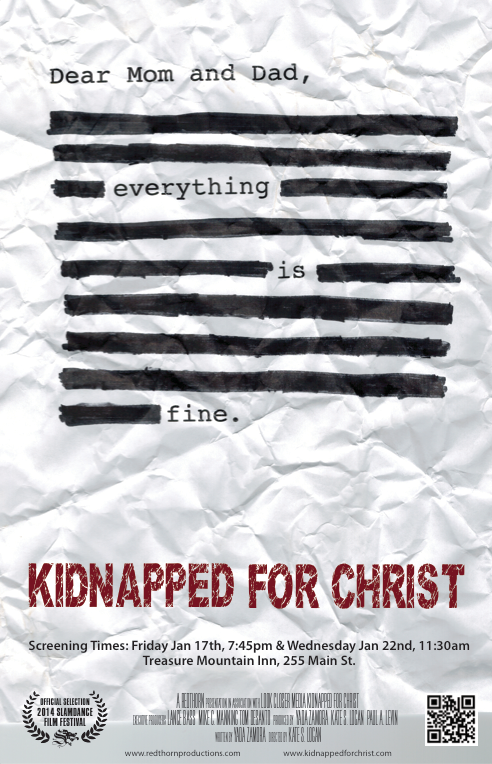 This is a sadly very true tale about how American parents are willingly to shell out some $72000 per year (that’s $10000 more than Harvard’s fees) to have their children forcibly detained by fundamental Christian Evangelists at a ‘camp’ in a remote part of the Dominican Republic to undertake treatment euphemistically called behavior modification. The teenagers were there allegedly because they were ‘troubled’ and ‘difficult’ but the reality as shown in the ones profiled in this documentary was far from the truth. It was much more that they didn’t conform to their parents precise expectations, and in 17 year old David’s case it was simply because he was gay.
The film is the work of a young Christan Evangelist Kate S. Logan who when she first innocently went to film Escuela Cariba aka New Horizons Youth Ministry in 2008 she was still a film student.  She had no idea that once her cameras started rolling that the innocuous piece she had planned to make on Christian Youth would turn out to be an exposure of a callous regime that imposed a whole range of abuses including intense forced labor, physical beatings (called “swats”), and various forms of emotional abuse.  All in the name of God, naturally.
The whole camp/school is run like a quasi-military establishment with its rigid hierarchy of disciplinarians cum bullies  who dole out demerits and punishments for the slightest and silliest infractions. It seemed like every one of the petrified ‘students’ was always being hauled over the coals and patronizingly lectured in front of their peers just to keep the level of fear and desperation high enough so that none of them dared to question their authority or God forbid, even thinking about fighting back 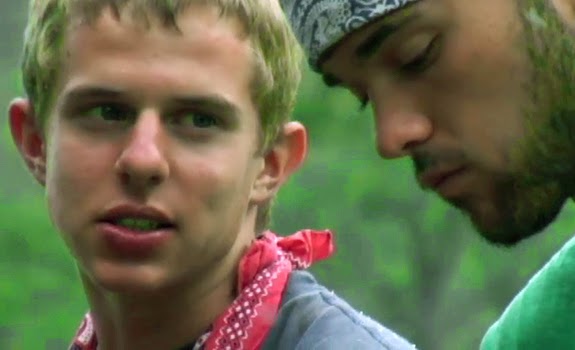 David an exceptionally bright honor student back in Colorado had been yanked out of his last year of high school and now imprisoned against his will at the behest of his parents was missing out on all the achievements of a real Graduation which he had linked to scholarships to secure the future he wanted.  He was luckier than most as once his school friends, teachers & neighbors back home found out where he had mysteriously ‘disappeared’ too, they flew down to the School on his 18th birthday to stage  an ‘intervention’ and have him set freed.  They failed and even though the School Authorities held him illegally against his will now that he was an Adult, the local US Consul refused to pitch in and demand his release.
It was clear that Logan was completely out of her depth as the story unfolded, and as the school authorities realized that she was getting footage and interviews that certainly didn’t want the outside world seeing, they greatly restricted her access to the students at the end. Also she made the revelations of her findings very much a personal issue about her own faith, and thus put herself forward and in the centre of the picture at times which detracted from telling the real story effectively.
Once she left the Camp to go back to the US she had to deal with aggressive legal threats from both the School and David’s parents, and so hence put the whole documentary project on hold for a couple of years.  David, now freed, refused to continue his willing participation also buckling into more threats from his parents, but then yet another 2 years later he came forward anxious that his story be told to prevent it happening to other teenagers in the future, particularly gay ones.
I had thought that the reasons why these parents had chosen such a remote camp was because as it wasn’t on US soil, these very questionable organisations could simply flout American laws as well as morally acceptable codes of practice.  Turns out as the film wound up at the end and Logan gave us statistics, there are thousands of equally diabolical ‘prison camps through the US, and in fact I then remembered one that particular focused on trying to ‘de-gay’ teenagers in the movie ‘This Is What Love In Action Looks Like’ that I had even written about a couple of years ago. 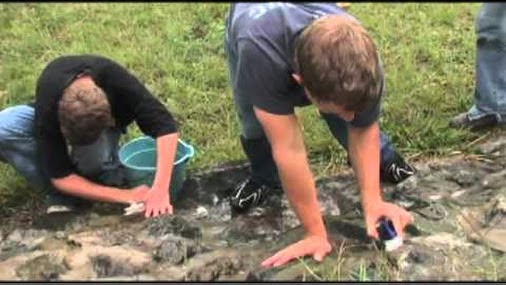 It is hard to decide what is worse here.  Teenagers being robbed of their childhood to be subjected to an experience that will inevitably scar them for the rest of the lives, or the repugnant zeal that the adults proudly spout out their ridiculous dogma and their unfettered convictions that abuse like this helps a young adult mature into carbon copies of themselves.  It is nothing less than sheer evil.
David who seems to have come out of this impossible ordeal remarkably intact and with a very positive outlook on life, was  able to move forward n part by joining the new organization SIA : Survivors of Institutional Abuse. The members are all like him and share very common histories but collectively work to help empower people to be able to move on.

Escuela Cariba has since shut down, but the sad part is somewhere in the world as I write, there is another school/camp doing exactly the same vicious damage which will always survive.
Be warned it is  hard not to watch this documentary and be as angry as well, and despite Logan’s less than perfect editing, you will want to stick with this right to the bitter end.