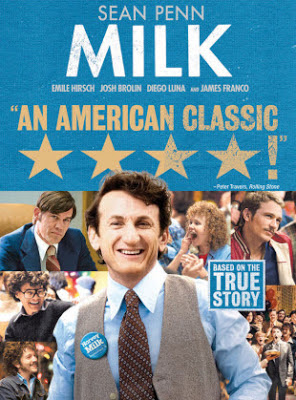 Given the recent electoral defeats in California and Florida, the opening of Gus Van Sant’s totally wonderful biopic on gay activist and martyr Harvey Milk couldn’t have been more auspicious.  It is an incredible record of a real maverick that bears witness to his life and his work.  A joyous tribute that will remind you how much we all owe this incredible man …. and will have you reaching for your kleenex more than once.
I’ll confess to a total bias on the subject as the very first time I was in SF for Gay Pride was in 1980 exactly 2 years after Harvey’s death, and got wrapped up in his legacy. This movie captures the spirit of the times so accurately and with such vivid color, I could just see myself back there ….if only my flared pants and skinny shirt still fitted me. But even without my partisanship, I know this movie will touch all that see it, and win countless awards too.  None less than for Sean Penn who will give Frank Langella (Frost/Nixon) a tough race for that Best Actor Oscar. 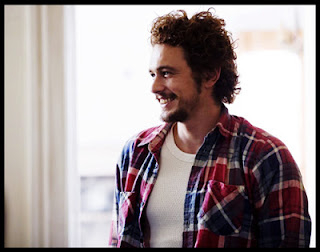 And James Franco was so convincing playing the love of Harvey’s life …. Scott  …. that I would happily let him play mine too.
(Review written in 2008 before it won two Oscars,  For Sean Penn’s portrayal and Dustin Lance Black’s script).