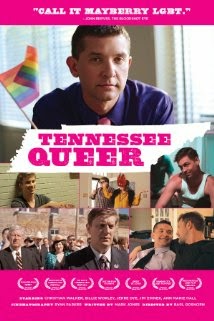 When Jason Potts leaves his boyfriend in New York and goes back to his hometown of Smythe in Tennessee for a brief visit to see his family, he suddenly finds himself in the centre of a drama that no-one could have seen coming, least of all him. After some very absurd events he finds himself being tricked into becoming the organizer of the first Gay Pride parade in this ultra conservative one-horse town.
Jason had been about to tell his family that he and his partner were contemplating a move to London where he had been offered a really good job, when at the same time his family were putting an immense amount of pressure on him to come back and live near them.  Their argument was based on the fact that their claimed the local townspeople had changed and were now very accepting of the small growing gay community.  Jason is far from convinced of this, and thinks that it is the same bigoted town that allowed him, and other closeted gay kids to be beaten up and bullied at school. 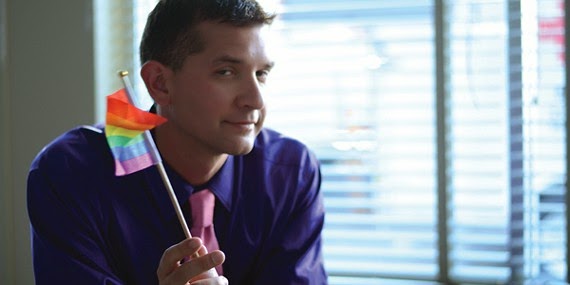 So he strikes a deal with his family to prove his point. If the City Council will give him a Permit for a Gay Pride Parade to demonstrate how welcoming they really are, then he will move back home.  He makes the gesture knowing that he hasn’t got a chance in hell of getting the Local Authority to approve his request.  However the rabid homophobic candidate for Mayor, and his religious right-wing backers call his bluff as they see this a perfect opportunity to be able to identify all the local gay people and run them out of town.  Worst of all, they could round up any gay youth and have them carted off to some nasty aversion-therapy camp.
Tennessee filmmaker Mark Goshon Jones wrote and directed this movie after seeing the County Commission in Memphis debate a very straightforward Equal Rights law in 2009.  However despite his well-meaning attempt and all his good intentions, this very preachy piece feels like it was actually made some 20 years prior.  There are sadly just one too many stereotypes from his flag-waving mother who tries too hard to the ‘you’ll all burn in hell’ nasty ministers claiming God told them to hate gays.
It has a spirit and an energy that compels you to want to like this gently comedy more than you can and without any hint of nudity, let alone a sex scene, it is at least pure as the driven snow.
I don’t for one moment doubt that being an openly gay person in redneck towns like this in the US is still as traumatic and difficult as it ever was.  And I take my hat of to Mr. Jones for reminding us of just that by making it the focus of his movie.