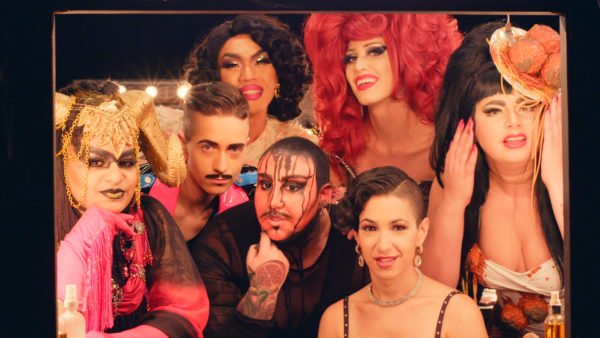 About to have its World Premiere at Toronto’s Inside Out Festival,   the delightful A Night at Switch n’ Play is probably the queerest film we have seen in long time.  We so hope those Canadians are ready for i.,

This feature documentary film debut from director Cody Stickels is an exuberant close up look at an extraordinary queer performance collective who take over a small neighborhood bar in Brooklyn to shock the eager audience into ecstatic applause.  The acts consists of experimental burlesque queens,  innovative drag queens, some shockingly performance artistes, and others that simply defy description.

All of them tantalize with both their gender and sexuality and refuse to be defined by it in any sense of the word. In their acts they satirize traditional role-playing, and although this in itself is a serious personal issue to them,  like every single that happens in those four small walls it is done with an immense amount of humor.

What the Collective have done is create this safe queer and very welcoming space where everyone can be themselves whilst watching the most outrageous performances that are the result their e vivid (and slightly sick?) imaginations. 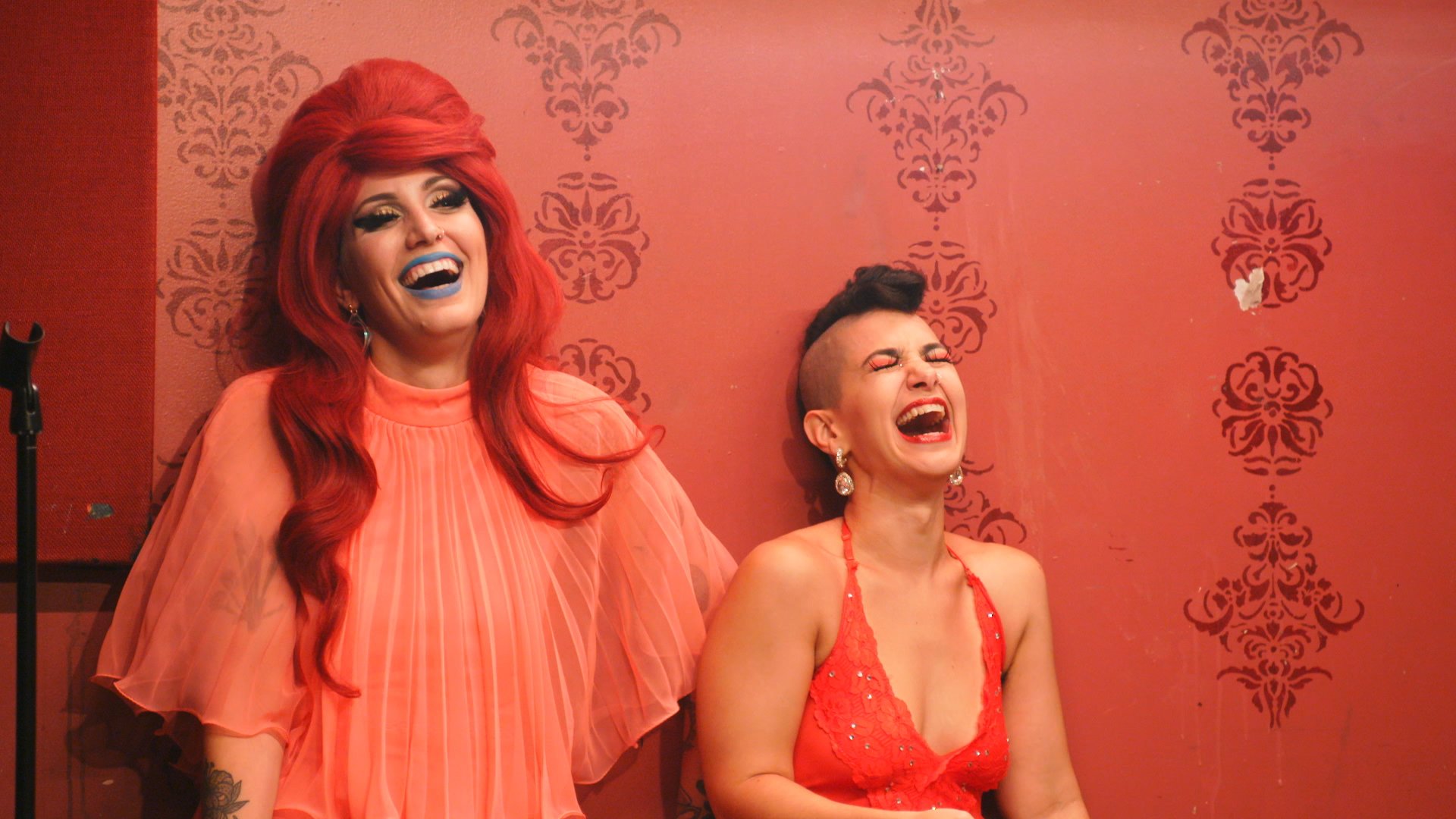 Their performance space looks like someone’s slightly shabby front room and is hosted by Miss Malice a glam self-confessed queer femme performance persona and femmecee with a bright red stacked bouffant.  Her sidekick is Zoe Ziegfeld an extraordinary agile sparsely dressed burlesque dancer and general nightlife mischief-maker, who like the rest of the collective, has a wicked sense of humor.  Pearl Harbor is a femme looking drag queen, although that seems a trite definition compared to their bizarrely creative act/performance which includes their own poetry

Divina Gransparkle confessed that she stumbled into performing initially as a means to deal with her body esteem issues, and now with exotoc multi-gender characters she is more than happy in her own skin and is subsequently empowering others that may be at the same place she once was.  Vigor Mortis is an award-winning drag king who identitifies as more of a boy than any of the toxic masculinities they knows. His lip synching performance of Mr Cellophane (from the musical Chicago)  is so on point about being invisible to most people outside.

K James is a transmasculine identified drag king who uses his androgynous look to both entertain and confuse his audience, which actually seems the collective mantra of all of the group. Nyx Nocturne  a multi-disciplinary artist. pays homage to the fact that their raunchy performances in front of these very supportive audiences has helped them grow in confidence and self-fulfillment banishing their previous hang-ups now that they has found their real identity.

Switch ‘n Play  has been going since 2006 and is not the faint hearted and neither will it ever pamper to a mainstream audience : it is for any queers along the spectrum by a group of enlightened and talented  queers.   In a world so sadly dominated by the homogenized drag queens of the ubiquitous Ru Paul’s Drag Race, it so refreshing that these people at least stand true to their roots .

We deserve the sheer audacity of their performances and to revel in their highly infectious humor and good spirits.  They are a true queer family, and is a real joy to have been invited into their home for even a short while.