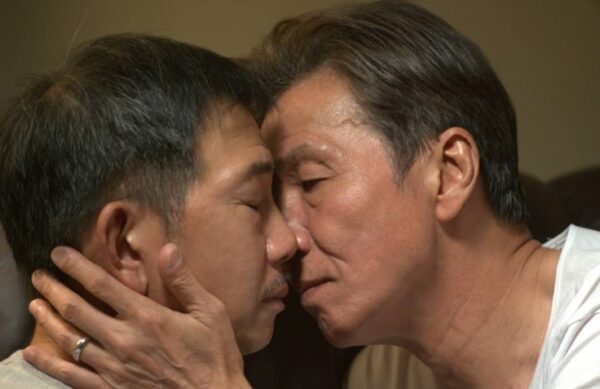 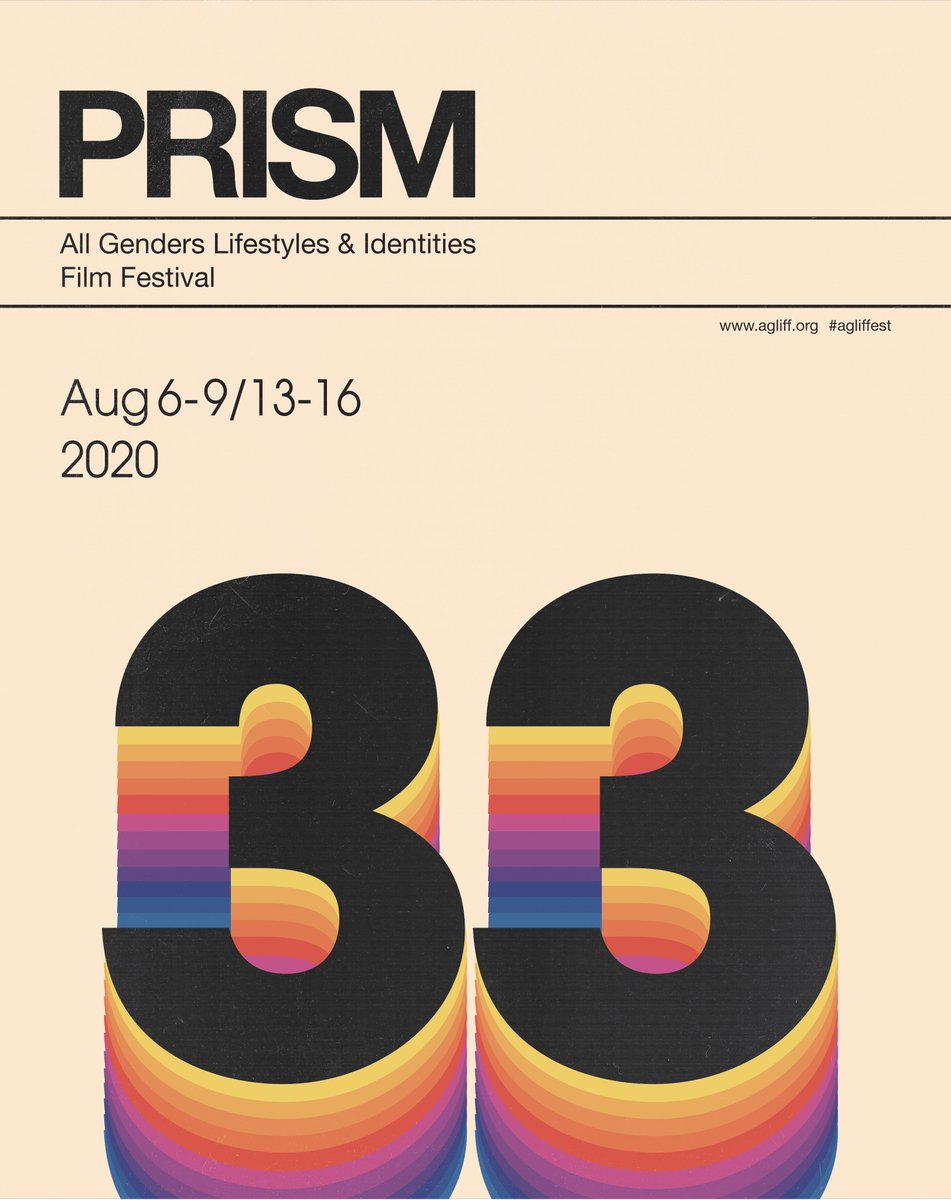 The 33rd Edition  of aGLIFF the All Genders, Lifestyles, and Identities Film Festival  opens today August  6th and runs to the 16th.

QUEERGURU has combed the wonderful eclectic program that covers most of the entire LGBTQ spectum, and come up with a list of our own MUST SEE FAVORITES.  Here they are in alphabetical order :

AHEAD OF THE CURVE  is the story of a very determined 23 year old gambler who always won.  First on the horses which filled her pockets with money, and then on the magazine she started with the proceeds.  This was the birth of Deneuve which later morphed into Curve which became the biggest selling lesbian magazine in the world, and the very first one to put the word ‘lesbian’ on the front.    Now 30 years later this fascinating documentary on the powerhouse queer activist and the magazine’s founder Frances ‘Franco’ Stevens comes to the screen as a compelling part of LGBTQ history to date.

ALL WE’VE GOT: Many of us have opinions about the plight of LGBTQ Womens Spaces throughout the country, but queer filmmaker ALEXIS CLEMENTS actually took her camera out on the road and investigated in detail. Her fascinating film is a must-see for all of us who care about the future of the LGBTQ Community.

We love this love story which we’ve been adding to our favorites list at several Fests this summer.  Writer/director MIKE MOSALLAM’S debut feature, the enchanting BREAKING FAST,  is part queer romantic comedy and part tutorial on the ups and downs of being a gay Arab Muslim living in West Hollywood.   Somehow the two are a good fit, so it makes us feel good that love (eventually) conquers all and we’ve learnt something new too.

THE CAPOTE TAPES: Confession time.  Truman Capote was one of the great queer iconic figures of the 20th Century that we would have loved to have known personally. Not the version of him in the biopic Capote  that won Philip Seymour Hoffman an Academy Award back in 2006.  It’s the ‘real’ Capote that is captured in a new documentary by first time filmmaker Ebs Burnough , a one time White House Adviser to Michelle Obama.

Burnough’s film centers  around a series of never-before-heard taped interviews in which George Plimpton interviewed Capote’s “friends, enemies, acquaintances, and detractors” for his 1997 oral history of Capote. Burnough supplements these with some stunning archival footage, and interspersed with his own interviews most of which focuses on Capote’s promised last novel Answered Prayers that never ever materialised.

PIERRE CARDIN is an unsung hero.  This pioneering design genius has too often been ignored or dismissed by a coterie of  traditional fashion elitists who disliked Cardin for having the temerity of being the very first Haute Couturier to create a ready-to wear line  back in 1959.  It resulted with Cardin being expelled from the CHAMBRE SYNDICALE, although they eventually did let him back in.

Now his reputation is about to be restored as his genius is recognised and celebrated in HOUSE OF CARDIN an exhilarating new documentary by husband and husband filmmakers P. DAVID EBERSOLE and TODD HUGHES.  Its been made with the full cooperation of the 97 year old Cardin who appears somewhat frail on the screen but still shows his wit has not dimmed in the slightest.

LINGUA FRANCA : NY based Filipino trans filmmaker ISOBEL SANDOVAL’s heart-wrenching third feature film is sadly one of those tales of the moment that seem like they can never end well.

It’s the story of Olivia (played by Sandoval) who is an undocumented Filipino trans caregiver who looks after Olga an elderly Russian Jewish women (LYNN COHEN) in Brighton Beach, Brooklyn.  The irony of the situation is that Olga and her late husband had landed In the US  themselves some decades ago in very similar circumstances  as Olivias

This is not  the story of Sandoval’s own life, but she is however in a position to relate to it personally and so adds a real sense of authenticity to it.   It’s a very downbeat drama that seems to deliberately avoid giving even a hint of optimism and hope, yet somehow Sandoval draws us in and keeps us invested until the very end.

MONSOON  is the second queer feature from British-Cambodian filmmaker Hong Khaou, writer-director of ‘Lilting’ in 2014. It’s  story about coming home and looking for roots for Kit a Vietnamese-born, British-raised gay man. His family had escaped Vietnam when Kit  (Henry Golding) was just 6 years and he feels like he has been living in two cultures.  After his mother dies he makes the journey back ‘home’ looking for some sort of resolution, and maybe his encounter Lewis (Parker Sawyers)  an African-American who moved to Vietnam could just be the part of this

PIER KIDS:  ELEGANCE BRATTON’S compelling documentary on the homeless LGBTQ kids of color that center their lives around the piers in NY’s Greenwich village has been years in the making.  He started filming in 2011 and shot footage up until 2016 by when some of the kids had grown up, and a few had sadly died, but most of the scene had essentially remained unchanged.

Bratton’s own story accounts for the movie’s authenticity for as an African/American gay teenager he had been kicked out of his home when he ‘came out’ and had lived on the streets for the next few years.  However he starts his film pointing out the sobering facts that he, and the pier kids, are hardly alone.  Of the 2 Million homeless youth, over 50% of them identify as LGBTQ, and then 40% of that total are people of color.

TWILIGHT’S KISS: For his third feature film award-winning queer Hong Kong filmmaker RAY YEUNG has another excellent love story to tell, and as usual with him, its an unexpected heart-touching tale although this time it is between two seemingly unlikely gay men.

The two lovers easily develop a close bond out of both their afternoons at the sauna , and also from the sheer release that for once in their lives they can be openly gay with another man. They  want more out of their budding relationship, so they start with Hoi cooking dinner at home when his son and family are away for the day.  Pak than reciprocates  by inviting Hoi to the wedding banquet of his daughter, but instead of making them feel closer, the they start to realize the reality of Pak being married is probably more insurmountable than they had imagined.

SURVIVING THE SILENCE:  This story starts  with COL. PAT THOMPSON AND HER NOW WIFE BARBARA BRASS. Thompson had served in the Army her whole working life rapidly moving up the ladder and being given important assignments around the globe.  She and Brass had been in a closeted relationship for decades and although they lived together went to extraordinary lengths to maintain a strict secrecy.  Listening to their stories unfold and hear all the sacrifices they maintained not to jeopardise either Thompson’s career or their relationship,  are tough to hear at times.

Then in 1992 when Thompson was just two years away from retirement she received an order from her commanding officer that she was to preside over the military review board investigating  Colonel Margarethe Cammermeyer who the National Guard wanted to discharge for  being a lesbian.   It’s a story of personal bravery and fearlessness  that would  go on to impact the whole LGBT Community

PLUS SPARKS: This 53 min Israeli tale set in 1994  is the story of Ami who has come home on the one year anniversary of  the death of his gay town brother Yani who had died from AIDS.  Ami is not only straight but extremely homophobic and vents his anger out on his mother and sister who are supporting the celebration that Yani’s boyfriend is hosting at a gay club.  This intriguing tale will not resound well with everyone, but is still worth checking out if you do not mind being disturbed by this particular take on such a provocative subject.

N.B. All the films can be screened online in Texas only. but all the Festival’s other Events …..such as  Masterclass with Rachel Mason – Circus Life: A filmmaker’s exploration of family dynamics through authentic storytelling can be viewed globally

P.S. You may also like to check out these interviews that QUEERGURU had with some of the filmmakers :