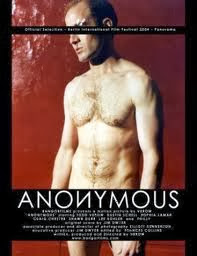 Somethings should simply not be re-visited years later after they were created/performed and bad sex is definitely on that list.  Of course when I thought about re-watching Todd Verow’s grimy little movie that he made in 2004 I had obviously mis-remembered and far from it being an erotic take on the anonymous antics of a sexual compulsive gay man it is obviously was just about Mr Verow giving himself an outlet for his very needy exhibitionism.
The thin plot is about a  New York Theatre Manager called Todd, and played by Todd, who whiles his time away at work having Internet sex of stripping and jerking himself off in his office.  On the way home to the tiny apartment that he shares with his long suffering boyfriend John, he stops at the public toilets to service any and everyone who have their penises hanging out. 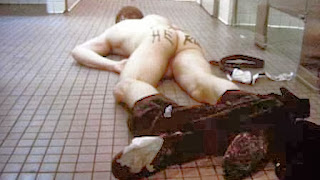 One day John visits the theater and catches Todd having sex in the bathroom with yet another stranger.  He beats him to a pulp and then covers his butt with grafitti before going home and changing the locks. Todd is now homeless and helpless, and after an Audit, is also jobless, but by then we care even less about his predicament than he does.
The main disadvantage that Mr Verow has with this movie is that he is a dreadful actor, and the only thing worse is his dancing.  Sadly the sex sucked too.  Explicit as it was (and it is very in your face) it was completely un-erotic or even the slightest bit menacing.  It was frankly boring, which I guess  is the worse thing you can ever say about sex!
Maybe a decade ago before we got to see both flaccid and erect penises on cable TV every single night as we can (do?) now, the sight of Mr Verow just proudly showing his genitalia for some 70 minutes was considered entertaining.  I really cannot think why.
Available on VOD and DVD, but then again so is real pornography.