If there was competition for ‘Naughty Boy of The Year’ Lil Nas X would win it hands down.  (Or should that be pants down?)  He has single-handly done more than anyone recently in pushing queer imagery in the mainstream beyond previous acceptable levels. After a week of full-on hype, Lil Nas X finally showed … END_OF_DOCUMENT_TOKEN_TO_BE_REPLACED 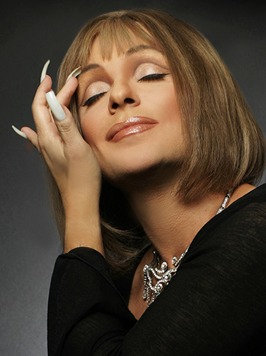 Author queerguruPosted on July 24, 2021Categories queermatterLabels 2021, Celebration, drag queen, Phatima Rude, San FranciscoLeave a comment on A Celebration of the life of the iconic Phatima Rude

The much beloved Phatima Rude a drag queen who helped to define the raw and genderqueer aesthetics of San Francisco’s drag scene of the 1990s and early 2000, passed away of natural causes on May 18th, 2021. Their life was their art Longtime family and friends, Kevin Sniecinski and Paul King, Mistress of Ceremony, … END_OF_DOCUMENT_TOKEN_TO_BE_REPLACED

A new album from La Streisand is always a big event.  She is about to release her 37th studio album  (that’s in addition to her 15 soundtrack albums, 9 live albums, and 11 compilation albums).  The woman has been very busy for almost her entire 79 years. She explained  to us (and the … END_OF_DOCUMENT_TOKEN_TO_BE_REPLACED

Author queerguruPosted on July 23, 2021Categories queermatterLabels 2021, Emmys, nominationsLeave a comment on Primetime Emmy Nominations get queerer by the year

There has deservedly a lot of attention being played in the media right now about Mj Rodriguez’s historic lead-actor Emmy nomination for her performance as Blanca on FX’s Pose — the first time for a trans person.  But she is part of a whole slate of queer talent that is also being nominated for their outstanding work on … END_OF_DOCUMENT_TOKEN_TO_BE_REPLACED