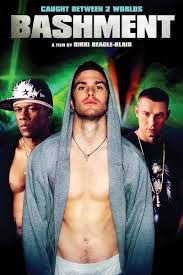 British filmmaker Ricki Beadle Blair’s movies are never ever subtle, but this one made in 2010, insists on literally screaming about the cacophony of issues he crams into a rather manic 110 minutes. It tackles homophobia, hate crimes, racism, class, poverty, prison brutality, sexual identity, redemption plus there is the white star’s hangup for not being black.
White rapper JJ wins a competition in a mainly black London club and he is on stage accepting his award he is also coming out to the audience whilst backstage a gang of black rappers are beating his boyfriend to near death. His ‘crime; is simply that he is gay. Even though he is severely brain damaged the thugs get off with minimal jail sentences thanks to their middle-class closeted gay lawyer who believes that even they deserve to defended. 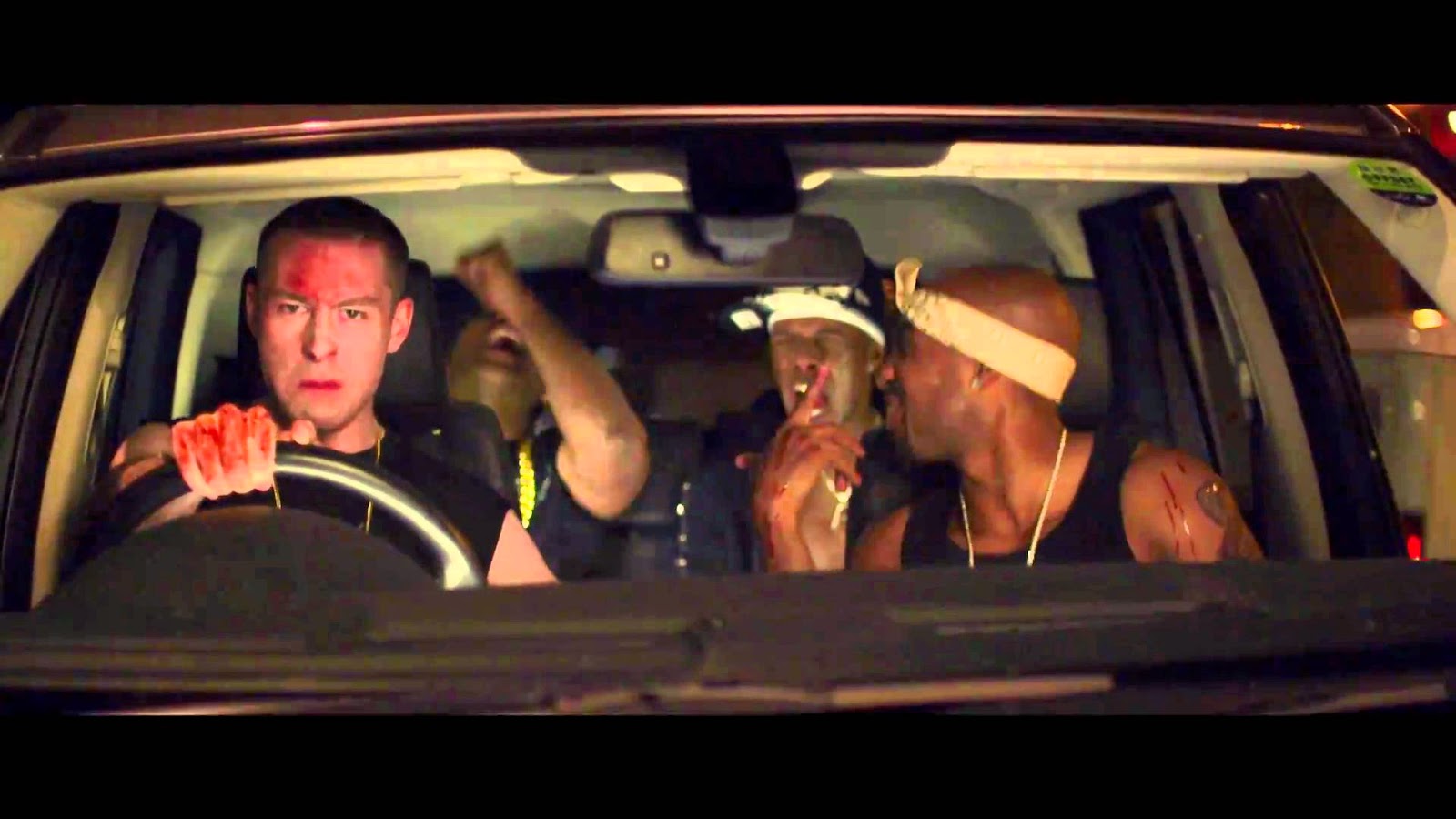 Now everyone is angry and life in prison is no piece of cake for the thugs, especially their white manager who get a taste of his own medicine by the other white inmates for being too close to his black mates.
There are several sub-plots such as  the gang’s leader budding relationship with an educated and articulate mixed-race girl who he hated at first sight and who he is now very unconvincingly dating. And then there is the uptight lawyer finally getting laid with someone he has nothing in common with beyond the fact they are both gay. 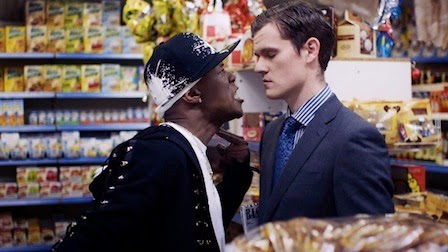 Adapted from his own stage play, which will account for some of the longer preachier speeches, and although Blair means well but his enthusiasm to get all of his ‘messages’ over has him stating the obvious by using way too many cliches. Towards the end, as if he is running out of time, he makes some very poor script decisions in trying to tie all the very loose ends of the now very confused plot and it loses all sense of reality, and our interest too.
For a gay themed movie there is an awful amount of violence and no nudity at all, neither of which are that necessary to tell this story.
There is a need to explore these issues in films, (although not necessarily collectively) and for that I applaud Blair’s spirit.  He needs to clarify things in the future and not let anger pervade every single frame of a movie like he does here as it simply distracts one far too much.