CRIP CAMP: A DISABILITY REVOLUTION is something of a muddled film, but nevertheless a inspiring powerful telling of the journey for rights for the disabled community that will shock  many of us who were unaware of it.

The story starts in the 1970’s at Camp Jenard in the Catskills run by hippies where kids with any form of disability could escape for two weeks in the summer from the routine of their usual very restricted lives.  Thanks to some superb archival footage shot by a radical video crew at the time, we just see the sheer delight on the kids (and some adults) faces at being treated as human beings for once ad not as disabled victims.

These were the ‘lucky ones’ who hadn’t been shut away in some Institution and left to rot as was the prevailing treatment at the time.  Nevertheless many complained that their parents or carers could never see beyond their wheelchairs.

One of the campers  was 15-year-old James LeBrecht a paraplegic because he was born with spina bifida. He says like many of his peers there, this is where he got his first girlfriend and lost his virginity .  An otherwise unthinkable event he could ever had at home where no-one every considered a sexual person.  Now as an adult LeBrecht is the co-director of this documentary .

Only a third of the film is about their summer breaks in the Camp and the rest deals with their ‘revolution”.  Interestingly enough many of ex-campers kept in close contact with each other, and became activists in the fight for equality . 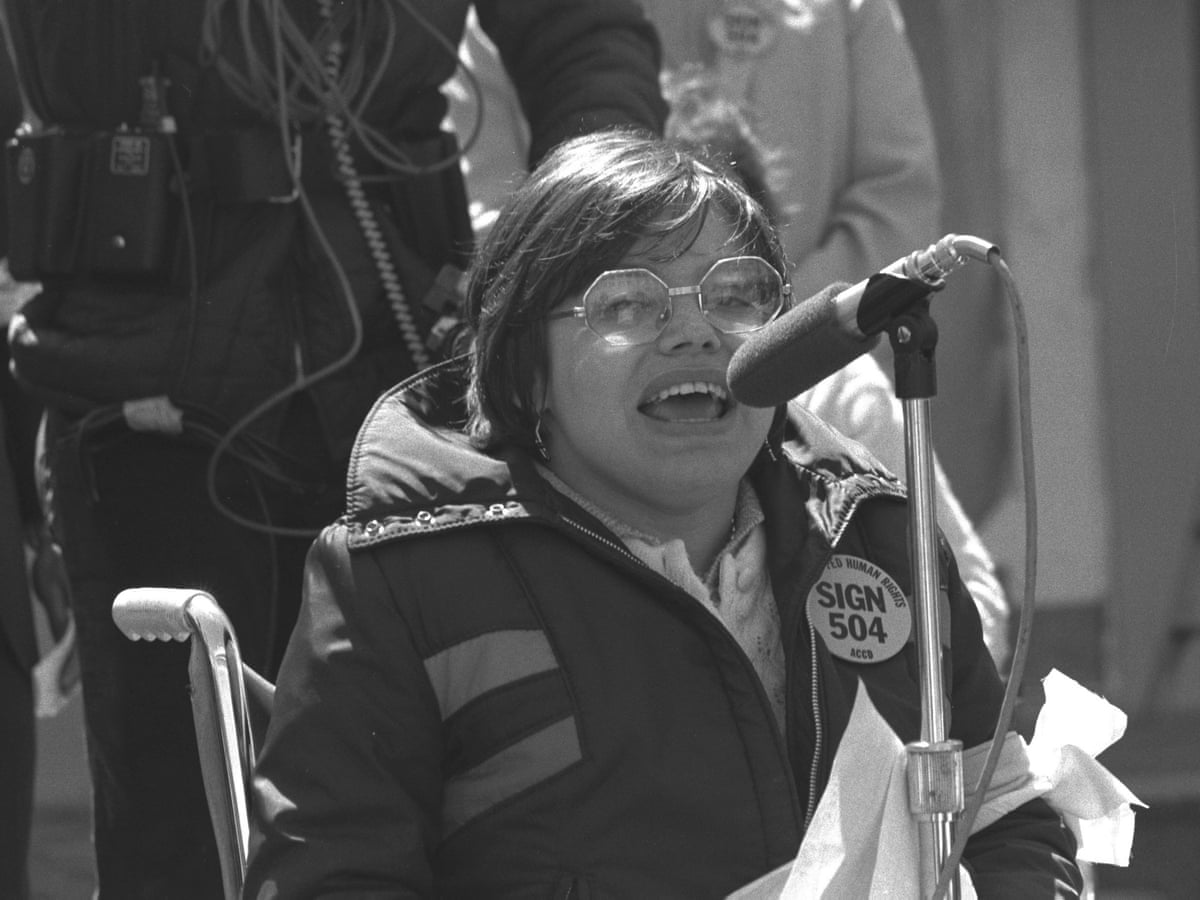 The most high-profile of these is Judith “Judy” Heumann who is the ‘star’ of rest of the film.  She  went on to become a pioneering leader in the civil rights-movement for disabled people. In 1970, she founded the civil-rights group Disabled in Action.

We follow her tireless efforts to push civil rights for disabled people into federal laws, starting with the Rehabilitation Act of 1972, which would make it against federal law for federally funded groups and individuals to discriminate against disabled people. Surprise, surprise President Richard Nixon initially vetoed the act because he said it would be too expensive for places to revamp buildings to make them more accommodating to the disabled.

What will shock many of us here is our sheer ignorance of how badly the disabled community were discriminated against, and how this greatly impacted the quality of their lives 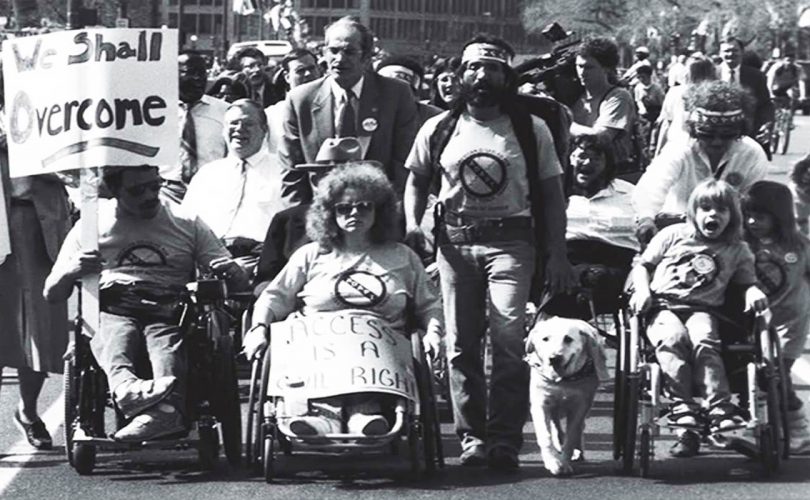 Heumann organized protests that got media attention, including a group of wheelchair users who blocked Madison Avenue in New York City, and eventually  Nixon eventually signed the Rehabilitation Act into law in 1973.

Heumann and a group of activists very impressively did a nearly month-long sit-in-protest in 1977 because Joe Califano (who was then the U.S. Secretary of Health, Education and Welfare) refused to sign off on specific reinforcements of section 504 of the Rehabilitation law.

Dennis Billups  one of the disabled people who was involved in these protests. recalled that their allies were a wide range of people who cared about civil-rights causes, including the Black Panthers,  gay-rights groups, then-U.S. Representative George Miller and journalists such as HolLyn D’Lil and Evan White.

The documentary ends on a high note and we see the surviving Camp Jenard alumni now happily partnered.  However most of us will left with nagging thoughts after realizing how the lives of disabled had been severely impacted by the sheer lack of rights.  Whilst many of us supported the  more high profile struggle for LGBTQ and Civil Rights, we should also  have  been behind the disabled revolution too,