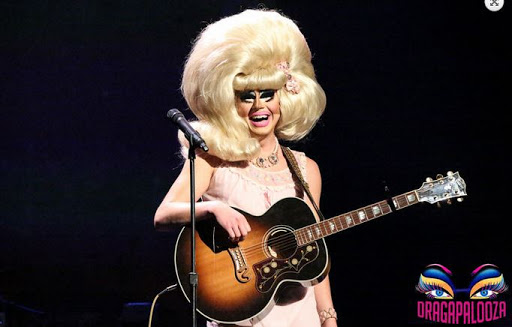 Since the COCID 19 pandemic has turned our world upside down, one of our biggest losses has been the cancellation of practically all live entertainment.  Some of it has been replaced by a plethora  of Virtual Online events which has in a small way made up for part of what we are missing.

On the plus side there has been some world class theater that we may never ordinarily have had an opportunity to see.  On the negative side we have seen performances and acts whose success is so integrally reliant on the warmth and immediacy of an audience , that have sadly fallen flat. 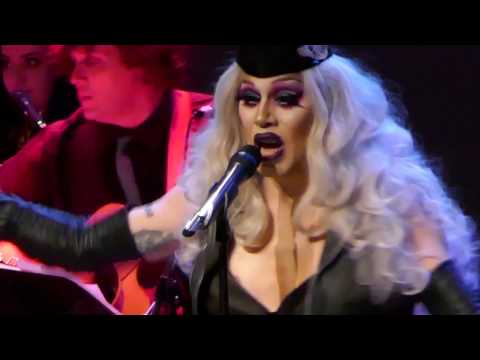 Then there are online events that have been recorded in front of a live audience,  but fail to catch the energy and the intensity of the acts, that make them also a major  disappointment,

The filmed performance of a group of drag queens, all Drag Race Alumni, singing live in a Concert is one such example.  Dragapalooza is the brainchild of Michael Benedetti the uber Drag Agent  who took his cast of drag Queens all over the US (pre Covid) with a Band,  and had them sing live on a sold-out Tour.

He filmed one such Concert with each of his stars singing a couple of numbers.  There were two real standout performers Trixie Mattel and  Sharon Needles but the others seemed to be battling against a band that seemed intent on drowning them.  It was also somewhat summed up by  drag queen Derrick Barry who admitted that usually he only lip synced which was sadly very obvious by his strained performance.  This very disappointing film was hardly flattering to him and the otherwise talented queens.

Dragapalooza 2020 Livestream will strea, on https://mysongbird.com from December 5th, Tickets are $20.