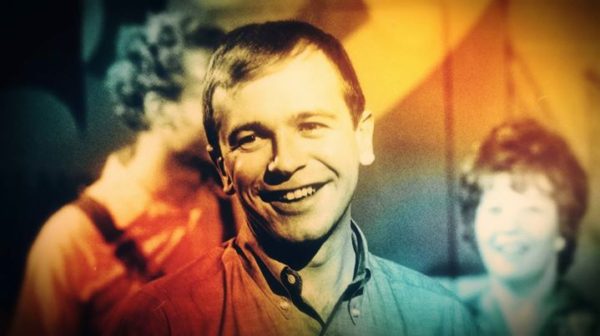 The celebrated 78-year-old playwright Terrence McNally has enjoyed such a packed life with his roller-coaster career and a love life that itself could be the stuff that dramas are made off, so it was a tough challenge for filmmaker Jeff Kaufman to squeeze it all into 90 so minutes the length of his new profile.  The end result is an affectionate and flattering look at an iconic gay figure whose body of work and his actions that accompanied it have played a pivotal role in the LGBT movement in the past fifty years.

The story starts in the town of Corpus Christi in Texas where McNally spent his very unhappy childhood  ‘There wasn’t a day when my parents weren’t drunk’.  Ironically his hometown which he hated, was also the name of McNally’s most controversial play that earned him death threats for its portrayal of Jesus and his Apostles as gay men.  The production in 1998 caused such an outpouring of vitriol that it almost closed the Manhatten Theater Club for good.

McNally’s first play on Broadway, however, occurred in 1964 and was  ‘And Things That Go Bump In The Night‘.  It was also his first flop.  He survived several in his career but they are more than forgotten and forgiven for his Tony-winning work with plays ‘Love Valor! Compassion’ and ‘Master Class‘ and musicals ‘Kiss Of the Spider Woman’ and ‘Ragtime’.

McNally is one of those rare theater people who has always been completely open about his sexuality, unlike his first relationship with the older playwright Edward Albee who was totally closeted and expected McNally to act so too.  In fact, one of the most refreshing parts of Kaufman’s documentary is the inclusion of all of McNally’s significant relationships, right up to his husband  Tom Kirdahy, and the roles they played in being his partner. It is something that is sadly too often either rushed over lightly in LGBT biographical documentaries if it is even mentioned at all.

The film attracted a whole wealth of famous faces and names who fell over themselves to testify what a joy it had been to work with him.  There was a sense of genuine admiration for both the man and his craft, and it was obvious that this was a two-way thing as he loyally worked with many of the same people time and time again.  Amongst all this testimony as to the joys of knowing and working with him, there were also two touching tales of when people took a chance to be disarmingly frank with McNally.

One was when the actress Christine Baranski had to politely tell him that a new lay he had just written for her ‘stank’ and he reacted by actually re-writing it and it went on to become a big hit. The second time was when he was a very serious alcoholic and Angela Lansbury pulled him quietly to aside and said that if he didn’t stop drinking he would kill himself,  He stopped, and the two of them remained good friends.

There is also an abundance of clips of the man himself.  One good thing about achieving fame relatively early in your life is that it gets recorded and reported so there was ample excellent archival footage on this focused genius who was equally at home writing serious drama as he was at producing hilarious comedies like the gay cult classic The Ritz.  We see a self-effacing writer always concerned that he and his work ‘mattered’ and a  generous and selfless activist always striving to help bring about more gay rights.

Kaufman’s tribute rightly makes you appreciate even more McNally’s masterpieces and the major contribution it has made to gay (and straight) culture but also shows what an exceptionally wonderful human being he is too.