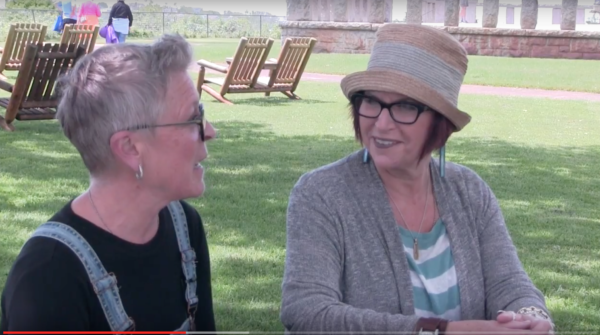 The center point of what we are calling P.Town’s Summer of Love and Marriage is this year’s BridePride the world’s largest all-girl wedding. After the phenomenal success of the inaugural event last year, the indefatigable organizers Alli Baldwin and Ilene Mitnick of Roux Guest House are determined to make it bigger, better and twice as much fun. They have moved the ceremony to P Town’s iconic Pilgrim Monument with its stunning views of the whole city, and this is where they sat down with queerguru to talk about 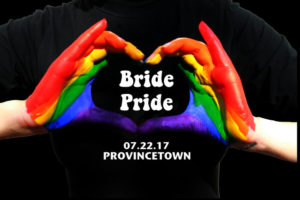 their exciting plans for the July event. Well some of them, as the two of them are determined to keep some surprises for all the brides-to-be and all the couples renewing their vows. They would not even deny or confirm if the Minister for the Day the Rev Kate Clinton would in fact be abseiling down the side of the tower as rumored, but either way, we all know that she will make her own grand entrance as usual.

One snippet they did reveal that is  any local gals ……i.e. those with an 02657 zip code …..will be welcome to join the Vow Renewal Ceremony FREE.

P.S. If you are still thinking of popping the question to the person who makes you heart flutter, you may want to check out our very recent interview with Evan Wolfson the Founder and Director of Freedom To Marry. If it wasn’t for Evan + his colleagues,  LGBT marriages would simply not exist. 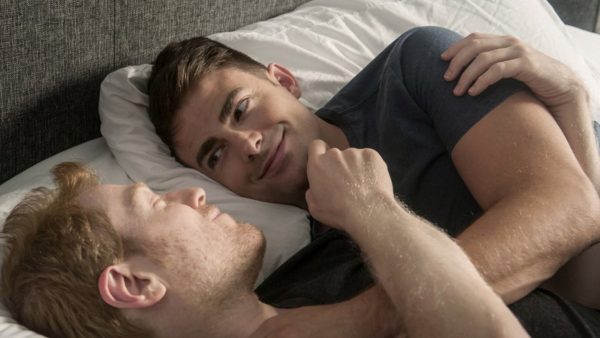 queerguru is back in PTown, and barely a month married, we have become somewhat obsessed with the topic.  So this is a trailer for three new videos that we are making over the next couple of weeks all about getting hitched in what we are calling the summer of love and marriage.

We’ll be talking to leading gay activist Evan Wolfson the founder of Freedom to Marry and about the new documentary about the behind the scenes story of how and others finally got the law changed. We’ll be reviewing a brand new movie due to be released called Do You Take This Man, and last but by no means we’ll be sitting down with Ilene Mitnick & Alli Baldwin the brains behind BridePride who are about to reveal all the exciting new plans for this summer’s biggest all-girl wedding ever .

It’s going to be the summer of love and marriage  here in P Town, so be sure to follow queerguru here and on PTV’s Channel 99.