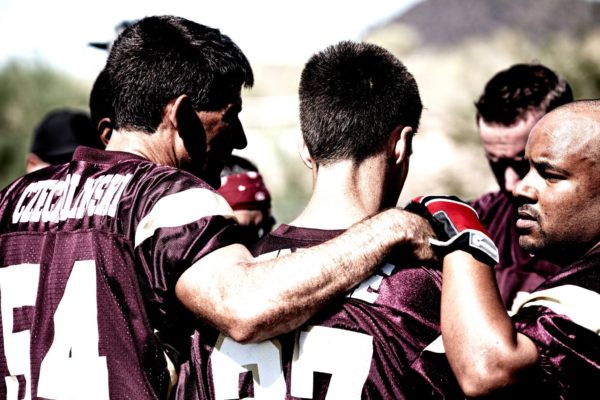 It is impossible not to get swept up in the exuberance and sheer passion of  the footballers in Seth Greenleaf’s rather exhilarating documentary.  It’s the story of how gay flag football went from a few guys casually playing together some 20 years to a full fledged league of some 26 teams throughout the US whose main (and only?) focus is to win the annual championship.

The game is a variation on touch football and players are downed not by tackles, but when an opponent pulls a marker from the ball carrier’s belt. It is still equally as physically and uneviquivably rough.

What is most engaging is the player’s own tales and how playing the game enabled them to embrace their sexuality . Many  of them seem to have a story of how they couldn’t initially equate being gay and also being so consumed about such an overly macho sport.  Whilst it is clear each and every one wants to be part of a winning team, what is far more important to them all is the closeness and camaraderie they all get from each other. 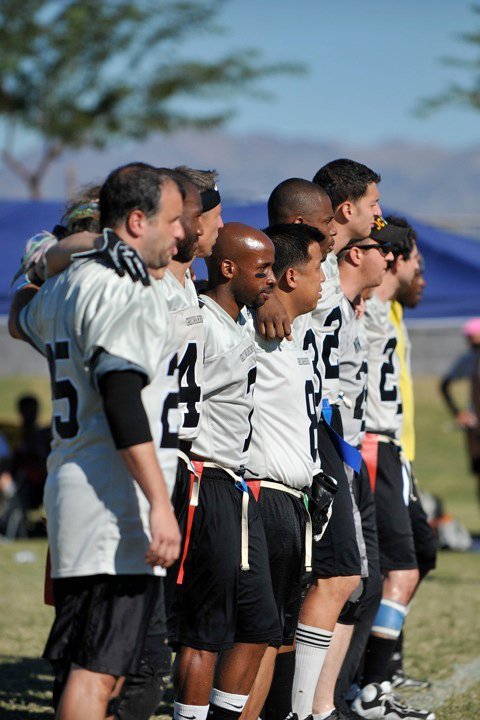 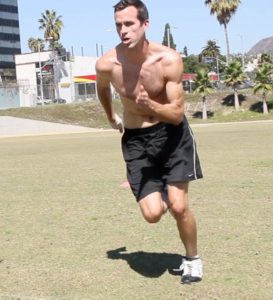 Greenleaf focuses on three of the main teams ; New York Warriors who up until last year were the champions; LA Motion who won the trophy last year;  and the Phoenix Hellraisers who are hosting the tournament this year and believe it is their turn to emerge as the winner.  Each team has its share of colorful characters : LA’s veteran player Cyd who used to play for the Warriors until he moved coasts is the most obsessively driven of them all; former NFL player, Wade Davis who  replaced  Ziegler in NY and and is determined to get the trophy back; Jeremiah as the L.A.’s loud-mouthed trash talker who angers his opponent into making mistakes and annoys his teammate into playing better; and Molly  the league’s only transgender female, who is also one of the most aggressive players on the field.

As the contest starts the tensions are high on and off the field yet despite the fact that everyone is so determined to beat all their opponents during the match, at the end of the day it’s the high octane bromance between all the competing players that comes out on top.  Greenleaf ensures we are sitting on the edge our our seats in suspense until the tournament is over, but the real ‘winning’ is done off the playing field.

F(l)ag Football is an uplifting story about a part of the LGBTQ community that exists and flourishes without a hint of the usual controvesy or negativity,  and will probably convert a lot more fans to this very enjoyable sport.