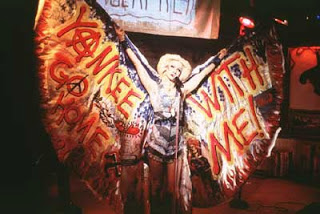 Back in 2003 Chris Slusarenko a record producer had the idea of getting some cutting-edge musicians to record a tribute album consisting of all the songs from ‘Hedwig and The Angry Inch’.  And all the proceeds from the sales of the album would go towards helping fund the Harvey Milk School for gay, bisexual and transgendered kids in NY just as it was about become an accredited high school.

It was a great concept using the music of Hedwig’s composer Stephen Trask’s brilliant soundtrack being sung by these stars against a backdrop of the troubled lives of some of the teenagers it was going to help. The kids however had neither heard of John Cameron Mitchell of ‘The Inch’ when he went talk about the project in one of movies very few scenes where there actually is a real connect between the project and its beneficiaries.  It was rather telling too that all of Slusarenko’s rota of his personal musical idols that he cajoled and outright fawned over to perform were completely unknown to the kids whose tastes were firmly routed in more mainstream pop stars. 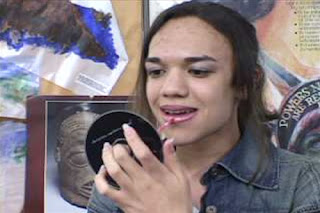 The kids stories were touching and raw as they talked about all the hate they had to deal with from both their peers and their families.  What took the edge of some of these revelations was the clumsy editing juxtaposing the kids with the recording sessions that made for such a confusing visual mishmash that spoilt all the good intentions in validating the project in the first place.  The lack of a focus in the movie itself meant that the film constantly meandered all over the place,  which was irritating to say the least. The music was unquestionably the star of the show, particularly the recording sessions with The Polyphonics, Rufus Wainwright and especially an exceptional delightful Yoko Ono. She was totally wonderful, and I had forgotten how many good songs ‘The Inch’ contained.
The movie was full of good intentions but unlike the very successful album, itself fell down short. Pity that, but if you want to get a hint of how good the Harvey Milk School may be, and are fan of ‘The Inch’ you may still want to check out this DVD.