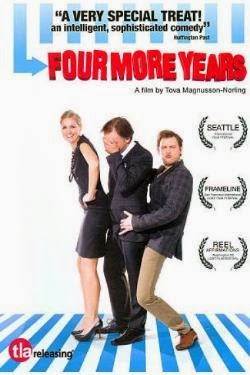 When David Holst believes that the Liberal Party he leads is winning the General Election, he thinks he will be Sweden’s next Prime Minister.  But life and politics never ever go exactly as planned and when the Democratic Socialists are returned to power instead, David starts to question if he should not think about a major change of direction.  In a matter of days, he gets exactly that but it’s hardly one that he would ever have expected.
His rather fierce controlling wife Fia is the driving force behind both his political office and their marriage. She maps out his daily itinerary in such minute detail that he rarely has a minute to himself, but when one day he snatches one waiting for an elevator in the Parliament building, he finds himself bantering with another Politician in a manner that seems like a very definite flirtation.  An intrigued David manages to make an appearance at a political party where he knows Martin will be and after a night of imbuing an immense quantity of drink and rather intense discussion about Swedish politics (which seems loaded with innuendo) Martin makes a move and kisses David. Whilst he doesn’t think he is gay, David hardly resists Martin’s advances. 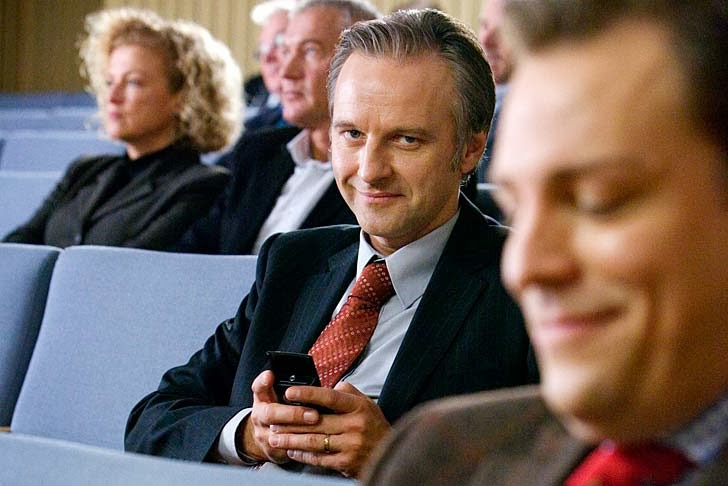 One thing leads to another but not without a great deal of angst as David is so hung up about how the realisation of his sexuality will effect his marriage and his political career as he has not just fallen in love with another man, but a Social Democrat Minister.
This rather delightful rom-com makes a rather standard meet-a-boy-and-fall-in-love-story much more entertaining by the mere fact these are not the usual pretty boy types but two very successful and well-adjusted middle-aged men. Even with all twists and turns caused by both David’s beginner’s awkwardness and all the soul-searching. it is fairly obvious that this relationship between the two men is very real and special and you soon get completely invested in the outcome as the story unfolds.
Wilhelm Behrman’s script is very witty and funny, and the movie is directed with a light touch by Tova Magnusson-Norling who also plays Fia the wife.
An entertaining and mature comedy that was great fun.