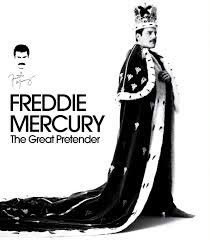 Freddie Mercury was an iconic rock superstar whose passion for music ….. and life …. is the central focus on this enchanting new documentary made for British TV by actor/director and devoted Queen ‘expert’ Rhys Thomas. It centers mainly on the latter part of Mercury’s career when he was dabbling with breaking away from Queen to establish his own solo career. 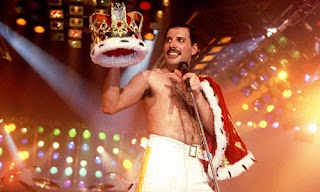 In a series of interviews with band members Roger Taylor & Brian May, Ian Hudson his late life partner, his managers, other musicians he worked with, and even life long fan Matt Lucas, a picture emerges of an extremely well liked …. loved even …. musician who so enthusiastically kept pushing the boundaries of both his personal and professional life.  As a gay man he embraced the vibrant and exhilarating club culture that was proliferating both in Europe and the USA prior to the onslaught of the AIDS epidemic. Paul Prenter his personal assistant at the time acted as a pimp/procurer/partner-in-crime that led a willing Mercury down a path of self-destruction. Mercury even refused to be tested for the virus itself for years because he believed there was simply no point if there was no effective treatment. 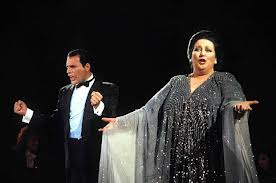 Musically he loved to experiment and there are clips of him recording with Rod Stewart, and an aborted attempt to do a duet with Michael Jackson (he abandoned that project when Jackson insisted bringing a llama into the studio). But it’s the recordings he made with the great mezzo-soprano Montserrat Caballé that set him apart from his peers, and even now the truly sensational video of them singing ‘Barcelona’ live still gives me spine-chilling shivers. She incidentally talks so rapturously about not just their work together, but also about Freddie as a human being too.
His love/hate relationship with the other members of Queen resulted in some of the finest music that he produced, and it was touching that although he was often estranged from them, both Roger Taylor and Brain May couldn’t wait to get on TV to eulogise him and counterbalance some of the negative and nasty coverage the tabloid press churned out after his AIDS-related death.
What I hadn’t appreciated at the time was his sheer diversity too, and there is a wonderful sequence when he gets to perform with the Royal Ballet at their invitation. Also I was completely unaware  that all of Mercury’s songs were about love ….. not ‘issues’ or politics, even on his first solo album that had a very limited success.  His second album without Queen was the one he and Ms Caballé produced together, and last year it was re-released with added full orchestrations ….. and not to be missed.
22 years after his death, his legend goes on with the stage musical about Queen  called ‘We Will Rock You’ that has played in London’s West End for 12 years, and toured all around the World.  And currently in production in Hollywood is a biopic of his life starring Sacha Baron Cohen.
P.S. There were two very significant nights in my life when I saw Freddie. The first was December 8th 1980 and for some unknown reason (!) I had been invited into the Press Box at Wembley Arena where Queen were performing. It was the day that John Lennon had died.  Freddie came out on stage and without a single word just sang ‘Imagine’ and then exited.  We were left bawling our eyes out.
The next time was June 1st 1985 and I was in the Market Tavern, a gay bar in London, and in those days before people started being obsessed with celebrity, Freddie could mingle with the crowd unhindered like anyone else.  I didn’t speak to him as I was too occupied.  It was the night that I first met Peter who turned out to be THE love of my life.