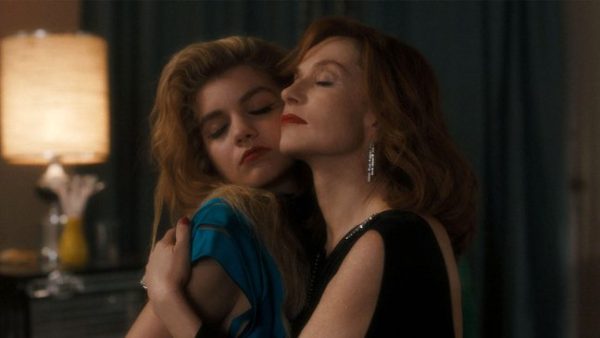 Golden Youth takes us back to the late 1970’s when Americans were desperately squeezing into Studio 54, and we Europeans were flocking to the more accessible but equally debauched Le Palace night club in Paris.  It was home to extravagant theme parties and performances, that literally threw together rich and poor, gay and straight, black and white.

It’s the setting for actress turned director Eva Ionesco’s sophomore film and this semi-autobiographical story was co- written with her husband Simon Liberati, and to complete the family involvement her son Lukas Ionesco plays one of the young leads.

The story is about a (too?) beautiful young recently engaged couple who we first meet when Michel (Ionesco) goes to pick up 17 year old Rose (Galatéa Bellugi) who for some unexplained reason had been a resident in a home for troubled youth.  Back in Paris they fall back into their hedonistic lifestyle that comprises on them dressing up in fancy costumes and hanging out with their friends at the Palace every night.

No one seems to work although several of them have a drug habit that has to paid for somehow.  Michel is a talented artist who has been spotted by Lucile (Isabelle Huppert) an  obnoxiously wealthy patron who seems keener on his body than his actual body of work.  She and her elegant lounge lizard of a husband Hubert (Melvil Poupaud) are the oldest club-goers at Le Palace and they make up for it by overdressing and plying the young crowd with champagne.

Rose is initially not enamoured by this worldly older couple and all their demands particularly as she is jealous of Lucile’s attachment to Michel, but when she eventually is wooed by Hubert she lets her guard down.  Both Lucile and Hubert are bi-sexual and they are persuasive enough to get their  own way with the young couple.  However when Lucile insists on taking Michel to New York to meet a gallery owner that wants to show his work, and the passport-less Rosa is unable to accompany them, it feels like the beginning of the end,

Visually this period tale of excessive debauchery dripping in luxury is quite a delight, but the stilted script provides more than a few wince-making moments. Huppert looks divine in the gorgeous collection of costumes she gets too wear, but beyond that she seems uncomfortable and awkward in a role that so doesn’t suit her and gives her lines like ‘Hubert has a really lovely, penis and he knows how to use it “.

Young Bellugi at least seems more comfortable playing the sullen and spoilt Rose and it helps that the camera simply loves her.   And Le Palace itself brought back many happy memories for us, even it didnt for this cast.