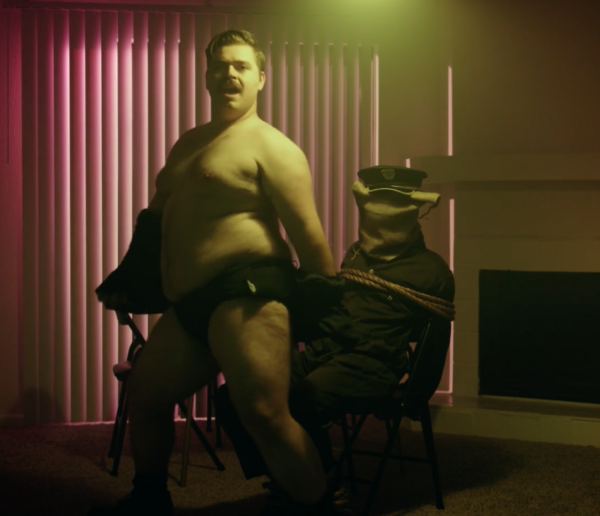 The wonderful TRIBECA FILM FESTIVAL have joined the number of cultural institutions who are now  putting content up online …..  and in this case it’s FREE.

This first short film is such a sheer delight and put a big grin on  the faces of all of the QUEERGURU TEAM self-isolating in different places.

“Hard-ish Bodies” is the story  of a male stripper  on his way to a bachelorette party and knocks on the wrong door and is thrust into a seedy criminal underworld. His only chance at survival? Dance.

Written and directed by Mike Carreon, who also stars as the mustachioed hunk with the smooth moves.   It all started with as a live improv show in Austin Texas that Carreon created because he was tired of looking in the mirror and hating what he saw. However he turned that all around into an uplifting body-positive story by using his wicked sense of humor which then led to this hilarious film

The claim is that his short film is a little Magic Mike, a little Miami Vice, but frankly to us it seems to be much more like The Full Monty.  Totally hilarious

It’s also  a reminder  to us all not to open the door to anyone right now.