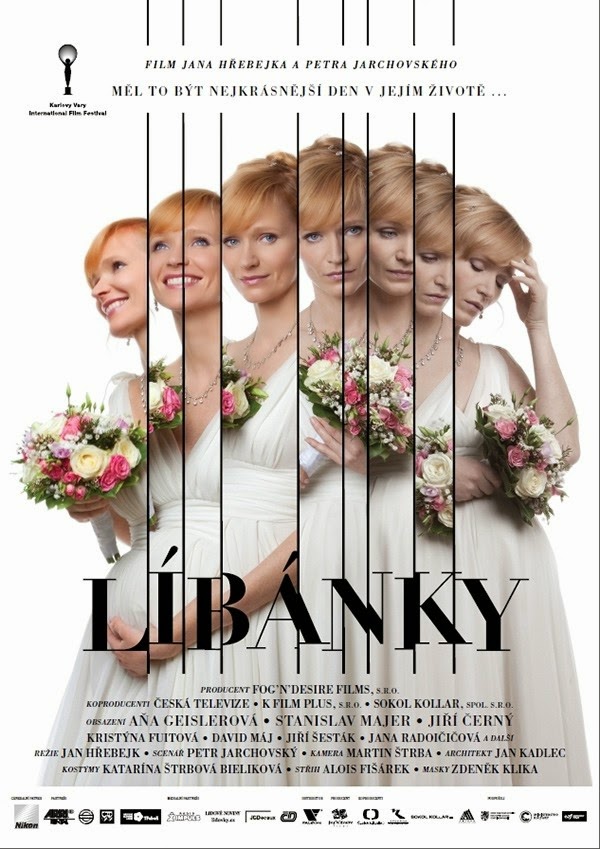 The picturesque Czech countryside is the setting for an idyllic summer wedding. It’s the second time around for Radim the groom who ended up with Dominik a 12 year old son when his first marriage ended, and also the second go for his bride Tereza who was left with a broken heart.  When the wedding convoy arrives at the Church in the town square, Dominik drops and breaks his glasses, and his father whisks him off to a nearby optician store. Few words are exchanged, but soon after the optician is seen sneaking into the back of the church, and later winds up crashing the wedding reception held at the bride’s parents large country estate. 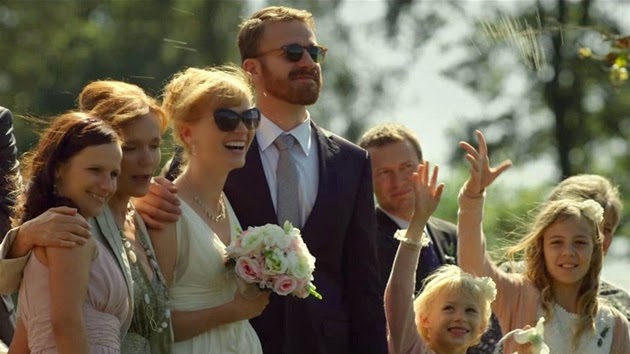 As all the guests drink, dance and talk and wander around the grounds, no-one plays a great deal of attention to this casually dressed stranger who seems to take great delight in playing with all the children. But as his behaviour becomes increasingly odd and somewhat confrontational, Tereza gets determined to discover why he has come uninvited to her wedding.

The man introduces himself as Jan Benda and claims that he was at the same Boarding School as Radim when they were both kids, but when Tereza later questions her husband on this, Radim denies all knowledge of ever knowing him.  She therefore pushes Benda further for an explanation and he replies that she must first open his wedding gift, which turns out to be a Funeral Urn, full of ashes, which bears his name.  After seeing Tereza so distraught Radim them forcibly evicts Benda but he sneaks back in the early hours of the next day begging Tereza for 10 minutes of her time so he can tell her all.
As it was clear that Benda was gay, by then I had been convinced that his confession would be about having had a schoolboy sexual fling with Radim, but I was far from right.  The horrifying story that he had to tell was about nasty homophobic hate crimes at the school in which his boyfriend …..the real Jan Benda …. had been the helpless victim. The reason that this Benda had chosen to reveal all was because Radim her new macho husband had been the ringleader of the bullies and was the one who had personally inflicted the most harm.

Tereza is left not just having to chose to believe all these unexpected revelations but also to question if she really knows this man she has just married and who is the father of her unborn child. The dialogues between her and ‘Benda’, and the subsequent one with Radim when she confronts him with her disturbing new knowledge are riveting, and it is obvious that she is so unsure if she can indeed accept her new husband ‘for better or worse’ as she had promised to do just the day before.
The ending is the weakest part of this otherwise taut and provocative thriller, but I was also uncomfortable with the part when young Dominic ‘disapears’ after he was last seen heading for the Opticians store to retrieve his mended glasses, that ‘Benda’ is beaten to a pulp by Radim because he assumes that just because the man is gay, he is also a paedophile too.
Great performances by the three leads, and credit to the cinematographer for making the location a real visual treat.  Directed by the prolific Czech filmmaker Jan Hrebjk this is evidently the third part of a trilogy about past guilt and the possibility of forgiveness.  I am now more than intrigued after watching this to go seek the other two out … ‘Kawaski’s Rose’ and ‘Innocence’.