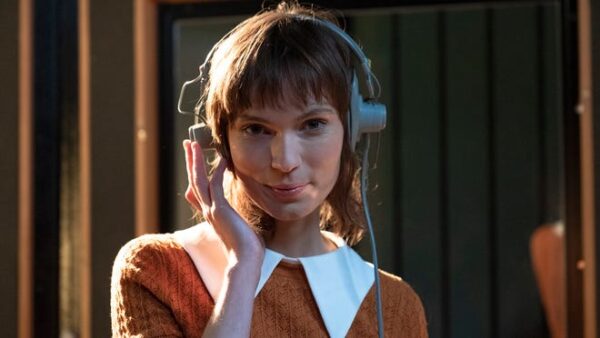 There is something very decidedly old fashioned about this biopic in both the story and the way that first time director  Unjoo Moon chose to tell it.  This story focuses on singer Helen Reddy’s life (Tilda Cobham-Hervey) from when she first left her native Australia to come to the US in the  early 1970’s to seek both fame and fortune.

She was a single parent of a young child, without a Work Permit, and was constantly told by record producers that her singing style was now so out of vogue.  The only work she could find was singing in a near empty nightclub where she was paid a pittance and less than the male Band 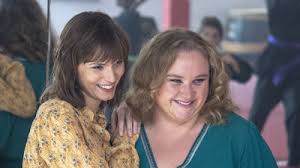 Her one and only friend in New York was the Australian /American rock journalist Lillian Roxon (played by a very underused Danielle Macdonald) and it was at one of her parties she met the smooth talking Jeff Wald (Evan Peters).  He talked his way into Helen’s bed and then into her life becoming her Manager.

Thinking that her life was now about to finally take off, but she actually found herself stuck at home whilst hubby was busy managing the likes of Tiny Tim (!) and Jefferson Airplane.  Finally unable to take anymore she staged her own intervention and wouldn’t leave  Wald alone until he got her the recording contract that he had being promising her for years. 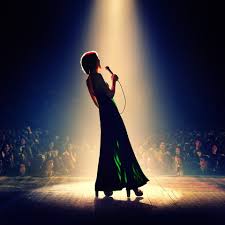 The best deal he could get her then was a one-off deal to record a single.  It looked like it may be  bummer BUT the track she recorded for the B side  hit a nerve, and eventually the pop charts.  It was a small sleeper hit but enough to propel Helen into a full recording career.

When her real success came it gave her enough courage to insist that the (totally male) record  company release ‘I Am Woman’ against all their protests.  It would become an anthem for the Feminist Movement which Helen now become a part of.

Her rise to fame and fortune with all her records now climbing up the Billboard Charts, was mirrored by the decline in her marriage.  Wald was very resentful at now being known as “Mr Reddy” and his drug taking and drinking got totally out of control.  He also managed to spend all the millions Helen made, and by the time they spilt up, she was heavily in debt.  It all seemed like a Lifetime Movie we had seen so many times before.

The saving grace of this disappointing missed opportunity was the pitch perfect performance of Cobham-Hervey.who so succinctly captured the real essence of the Reddy we knew and loved.  This Australian Actress, whose voice was mostly dubbed by Chelsea Cullen, invested such an empathy into the role  that somehow lifted this dull piece of storytelling.

The script had allegedly been based on Helen Reddy’s own memoir but even if it had, she deserved a much better interpretation of it than this.  Let’s hope some takes up the challenge and give us the film that Helen Reddy deserved.

(I am Woman is currently available on most major streaming platforms)