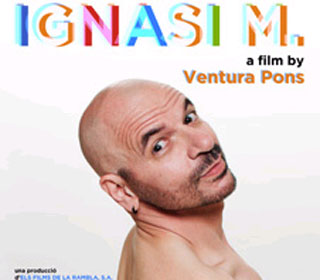 Veteran gay Catalan filmmaker Ventura Pons returns to documentaries for his latest film which is a look at the somewhat turbulent life of charismatic renowned museum expert Ignasi Millet.  The opening scene shows openly gay HIV-positive Ignasi counting out his day’s quota of drugs that his multitude of doctors have prescribed and a few they didn’t. The fact that they include some anti-depressants initially seems at odds with the rapid-fire humor that quick-witted Millet infuses with even the most menial tasks like his pill-popping.

Pons films the incessantly voluble Ignasi in a series of interviews with the people who have mattered most to him and are still in his once opulent life which has suffered so much in Spain’s present economic climate. He is however one enormous set of contradictions. He had tried to save his failing business by re-mortgaging his house, which he is now on the verge of losing to the bank.  His elderly father, once a renowned painter of church murals, tried to kill himself and is now living in an old peoples home.  His lively mother has remained fiercely independent although obviously still very much in love with her husband who she had assisted painting murals for years. 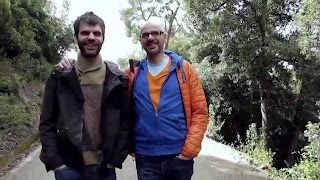 Ignasi’s ex wife is now in a wheelchair, and has come out a lesbian.  Their marriage lasted a full 15 years and the two remain excellent friends even now. Both their sons emigrated at a young age to squat and study in London. One became a successful FX designer, and the other, a prestigious photographer (and an ardent evangelist!).  This close-ish family is bonded by love and creativity.  In the set pieces when Ignasi is reliving significant moments such as when he told his sons of his homosexuality and then of his HIV diagnosis, it is obvious that they took the news as well as young men could (one was told on his 18th birthday) but they seemed always somewhat overwhelmed by their father’s larger than life personality.

Everyone in Ignasi’s life, including his professional colleagues, are as loquacious as him (maybe its a Catalan thing) and there is no need for prompting for the wealth of stories they are happy to share.  But Pon’s film is not just about this fascinating and completely engaging man, but it is also a statement of a society so deeply immersed in a profound financial crisis which shows no sign of easing which is both incomprehensible and frightening.  I hope we can all face it with the same eternal optimism as Ignasi has….. and maybe backed with one or two of his pills too?