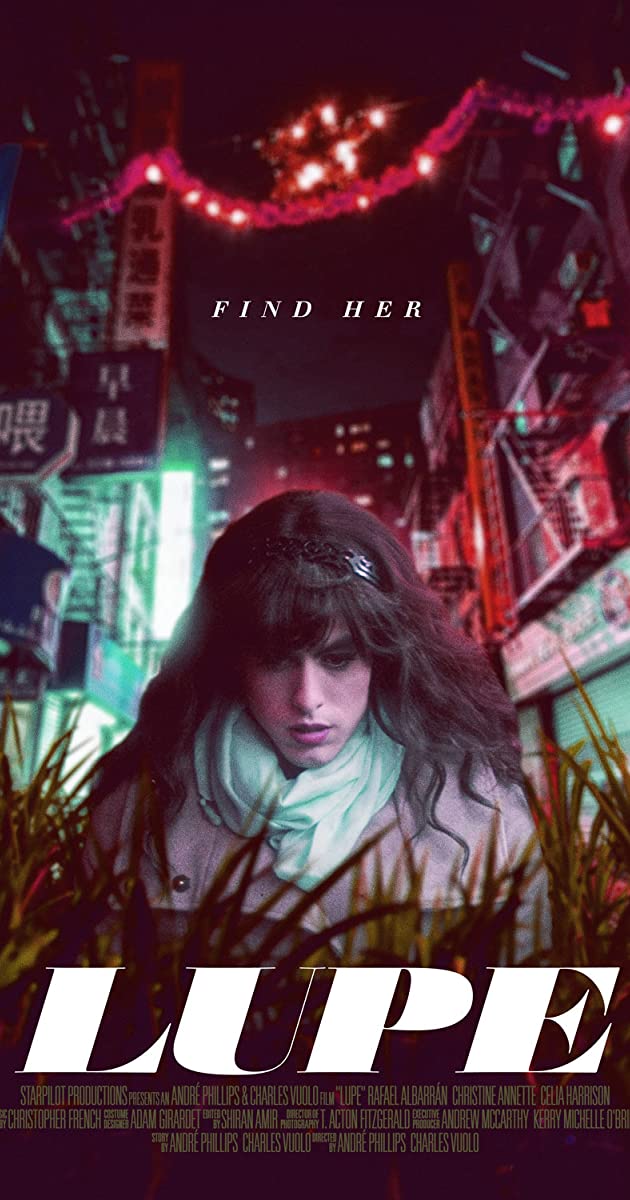 Lupe, the debut feature from filmmakers André Phillips & Charles Vuolo is a beautifully nuanced tale of self-discovery.  It’s the story of Rafael (non-binary actor Rafael Albarran) a young man who had left his native Cuba to come to NY to look for his sister who had suddenly disappeared when he was still a kid.

Isabel had eeked out a living as a prostitute in their shabby little house and so Rafael had assumed she had been whisked away overnight as part of some sex-trafficking operation.

At the same time, Rafael seeks out to find his own identity as he starts to slowly transition.  By day he works as a personal trainer and his main client is also a friend that Rafael also lusts after.  At night,  he does the rounds of seedy brothels searching for any news of the whereabouts of his missing sister.   What he does eventually find is another girl from his home village who had also disappeared at the same time.  She has now lost touch with Isabel, but she does at least share the truth of how they ended up in NY.

Rafael’s only close friend has already transitioned and it is she who helps empower them to make their outsides physically match how they feel inside.  It’s never easy transitioning especially in an environment of the rougher elements in NY. However, Raphael’s strength from being a trainer, helps them get the better of anyone who physically attacks them.

The sheer success of the extremely touching story is due to Albarran’s finely tuned performance which adds such a wonderful air of authenticity.  The shocker which we discovered after viewing is that the directors Phillips and Vulou are both cis-gendered men.  Kudos to them for making such a meaningful and heart-touching film that makes such a positive contribution to the continuing dialogue about the transgender community.