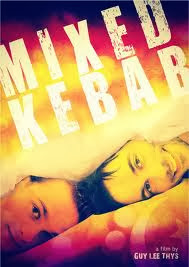 Bram is in his 20’s and a good-looking Belgian/Turkish gay man who is rather smitten with blond, blue-eyed Kevin who works with his mother at their wee Cafe in Antwerp.  Unusually for self-confident Bram who subsides his Waiter’s job by some small time drug dealing on the side, he is however unsure of either Kevin’s feelings or in fact his sexuality. He chooses a strange way to find out, by inviting him to join him on a trip to Turkey where he is due to meet up with Elif, the girl that his parents have arranged for him to marry. 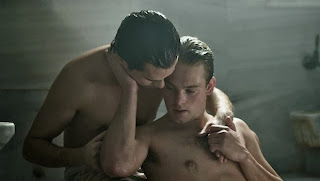 Whilst Bram and Kevin are discovering how hot a Hamman can really get when towels just slip away, Elif also has a secret love of her own as she has been making out with a local barman.  Bram has only agreed to the marriage because of the pressure from his family to follow tradition, and Elif just wants it so she can escape the backwater of her small village for the bright lights of Belgium.  Thanks to the jealous barman and his camera, this marriage however is never going to happen.
Back in Antwerp, Bram’s ‘coming out’ has got him thrown out of his house.  His father is happy enough to turn a blind eye to the criminal activities of Furkan  his younger son who’s quite the thug, but he refuses to have a homo at home. 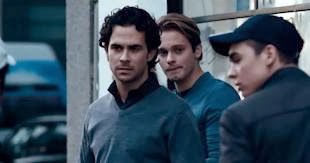 Bram moves in with Kevin but both men have trouble adjusting to their new relationship especially as Bram cannot reconcile himself to his family’s rejection. Meanwhile Furkan gets embroiled with an extreme sect at a local Mosque who exploit both his avid racism and his violent temper to stir up trouble in the neighborhood. But when that bubbles over and there is a near fatal incident and Furkan is rushed to hospital there in slightly-too-convenient reconciliation with the whole family so that everyone can live happily ever after.
Writer/director Guy Lee Thys mixes the gay issue with religious/cultural tensions very smoothly and ends up with a very entertaining romance. He handles the drama intelligently and neatly sidesteps any of the usual pitfalls of propping it up with stereotypes.  Not quote the same depth as a similar match in Stephen Frears ‘My Beautiful Launderette’ back in 1985, but it mixes the intrigue with some neat touches of comedy  …. and has two charming young actors Cem Akkanat and Simon Van Buyten in the leads.