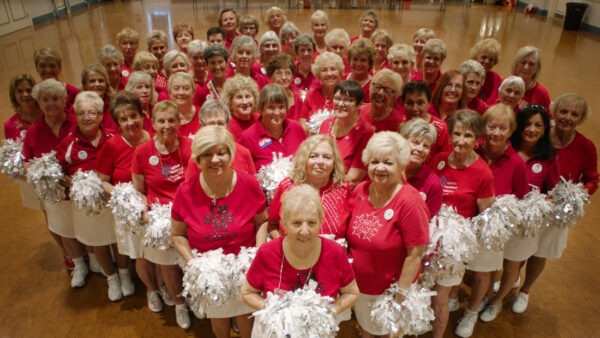 Documentarian Lance Oppenhiem’s debut feature film “Some Kind of Heaven” makes for entertaining viewing especially if you are not one of the several thousand residents of The Villages, the world’s largest retirement complex. Oppenheim turns us into voyeurs as he takes a close look at this “Disneyland for Retirees’ through the eyes of four of the residents struggling to find happiness and meaning in life’s final chapters.

Covering a land mass of some 34 square miles with a population of over 160K with some 50K households The Villages has become an ultimate destination for American retirees, especially for White ones who make up for 98% of this Trump loving population. 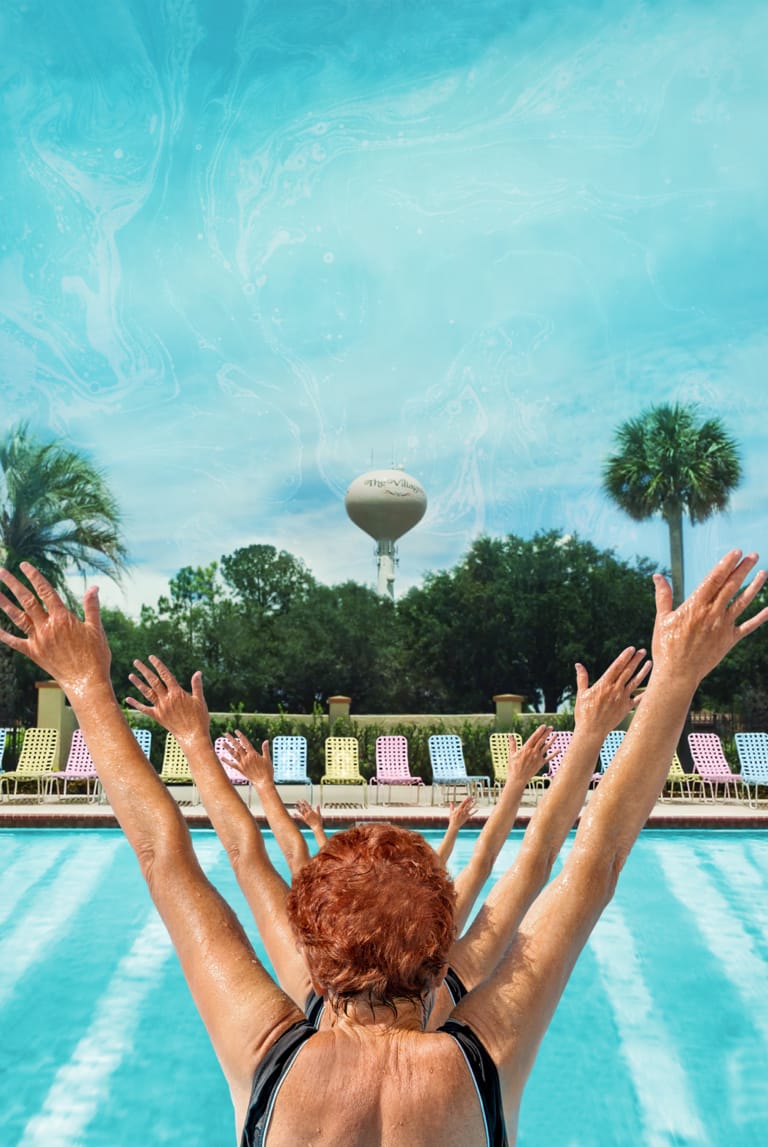 Oppenheim’s cameras start with Golf Cart synchronized driving displays and follows with a rapid run-thorough of so many of the organized activities like belly dancing and pickle ball.  All pf them well supported by residents determined to cram in as much activity to avoid having to deal with the realities of old-age and loneliness.

Whilst the community promises positivity, and 24/7 happiness the people that Oppenheim has chosen to follow are still struggling to achieve either.  Anne and Reggie, married for 47 years, are now coping with Reggie’s insisting on experimenting with recreational drugs.  It may be his chosen way of dealing living in The Villages, but it is putting both his marriage and residency at risk.

Barbara, a widow, has completely exhausted her savings since she moved in some 11 years.  Now needing to work again full time, she reluctantly has a job in the Management Office. Feeling quite lonely she has now also decided to join a few social groups so that she can meet a man. In a community where the men, especially single ones,  are in such a minority, sadly her chances  are slim.

Even sadder is the story of Dennis technically not a resident of The Villages, he lives in his van, which he has to keep moving to be one step of the Security people.  At 82 years old he is still continuing a lifetime of ‘persuading’ wealthy women to take him in and financially support him. Unable to settle down with any one woman, his days are severely numbered.

There is never any mention of the cost of joining in this community , except the fact that as soon as you move in you can buy  a discounted funeral package now at a new, lower price.   But there is no shortage of people wanting to join regardless of the expense. It has just been named as  as the top selling master planned community for the eighth consecutive year with 2,452 new homes being sold in 2020

During the film the Villages is sometimes referred to as a Bubble.  As the final credits roll on this peek inside at this self-made fantasy land, we wonder how long it can all last, and will the bubble burst.