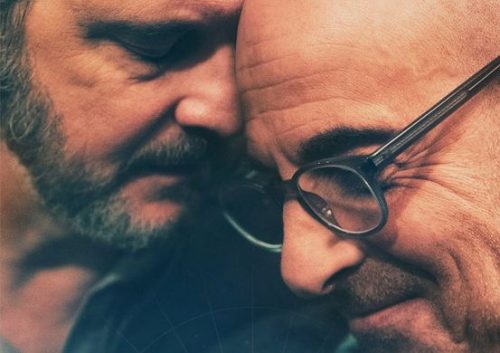 There are still far too few ‘mainstream’ LGBT movies being made even nowadays.  This year only Uncle Frank by Academy Award Winner Alan Ball has surfaced so far.  As good as it was, it still leaves a very big gap.   Whilst indie queer cinema that fill the LGBTQ Film Festival circuit is live and very well, the chances of them making the leap and finding a wider audience,  are still very limited.

Not that all mainstream queer movies find a happy reception in the LGBTQ community  probably because we  hold them to a high standard.   And also so many of them just cannot resist including some offensive homophobic stereotypes.

And then before we sink into  complete despair along comes an excellent movie that is so spot on that we can actually smile.again.  (Well if the truth be known, we bawled our eyes out throughout ,,,, but that’s another story).. 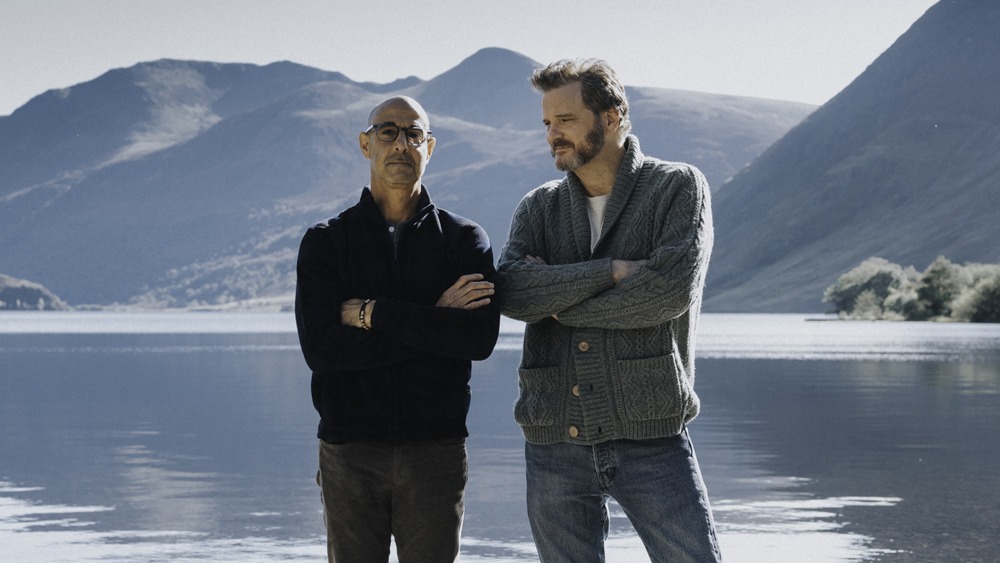 Supernova is the sophomore movie  from British actor turned talented writer/director Harry Macqueen.  Both of his films deal with love and loss, but this time it is between two gay (just beyond middle age) men.

The scene opens with playful bickering that you would expect from a pair who have been coupled for almost 30 years and are  still very much in love. The reason for the trip is that Sam, who has recently been taking a break from performing, is due to play at a comeback concert.

The pair also plan to take a vacation visiting family in the area.  There is also another reason that the pair avoid talking about, and that is Tusker’s recent diagnosis of  early onset dementia.  This therefore maybe the last chance for some quality time together before  the disease takes over.

Both Tucci and Firth’s finely nuanced performances are unquestionably career best ones.  The chemistry between them is exceptional and so very convincing as they capture how love really feels.  Despite the highly emotional storyline they somehow manage to avoid any hint of sentimentality  or melodrama, which makes us connect to them even more.

Macqueen’s tale has nothing to do with the men’s sexuality, but is about how  these two succesful men were happy to concede their individual independence to make their relationship work so well.

Even now at this point in life they can still find time to have an occasional secret, and on this occasion, it threatens to blow them apart.  It’s all about control.  Both of them want to deal with how the future will shape out in their own different ways.

Of course, any film that centers on dementia, has the problem of how to finish the storyline, and this one fortunately does it better than expected,  However it doesn’t help avoid the overwhelming sense of sadness  that make this a tough film to watch for people facing similar situations in real life, or just people over a certain age.

It was Tucci who suggested that Firth be cast alongside him, and kudos to him for that.  Firth had picked up another Oscar Nomination for playing a bereaved gay English Professor in Tom Ford’s A Single Man.  Tucci on the other hand has played two stereotype camp gay men in The Devil Wears Prada and also in Burlesque.  We can forgive him for them now.

This is a queer film in every sense of the word even if the filmmakers and actors are not. It is extraordinarily wonderful and it shows our community at its very best.  Even though it makes us cry like hell , we will love every second of it.