One of the remarkable plus points of this wretched Lockdown is the innovative ways that artists, queer or otherwise, have used to bring us such an array of culture into our homes.  Better still on a global basis like we have never seen before and so essential with the world being so fractured right … END_OF_DOCUMENT_TOKEN_TO_BE_REPLACED

It’s been almost 2  years since we were first riveted with actor/writer ALEXIS GREGORY and his stunning play SEX/CRIME when it was performed at THE GLORY with his co-star JONNY WOO. In his ⭐️⭐️⭐️⭐️⭐️  review  at the time QUEERGURU’s Contributing Editor JONNY WARD wrote it was “an uncompromising examination of the darker side of … END_OF_DOCUMENT_TOKEN_TO_BE_REPLACED

Sci-fi is not a film genre that is visited by a lot of queer filmmakers but award-winning director Layke Anderson’s short movie  depicts a restless man who makes the decision to join the first colony on Mars. With most of the piece revolving around the discussion to leave with his partner, this is a … END_OF_DOCUMENT_TOKEN_TO_BE_REPLACED 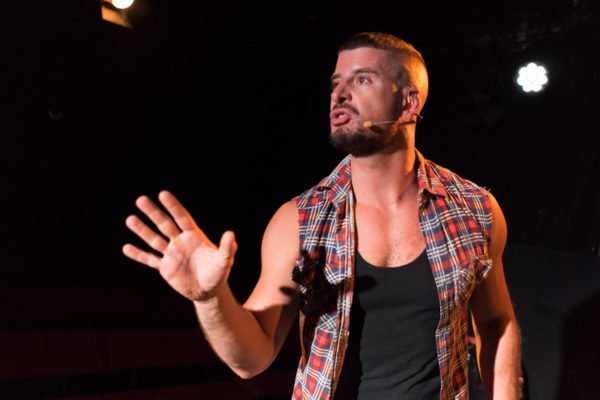 Queerguru talked to queer writer/performer Alexis Gregory in London via Facetime on the eve of a big Charity Gala of his critically acclaimed verbatim performance play RIOT ACT.  The special one-off event is in aid of DEAN STREET WELLBEING a program that seeks to put good sexual wellbeing at the heart of sexual health, and commemorates World Aids Day.

The performance is on Monday 26th November 2018 at the Duchess Theatre and tickets can be obtained at www. nimaxtheatres.com 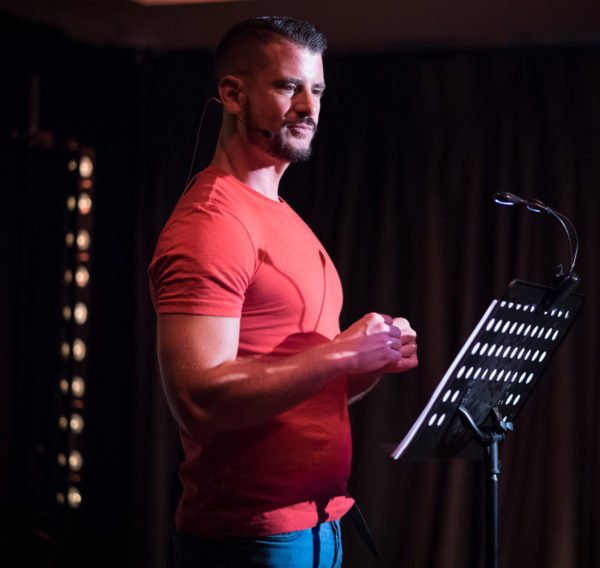