”   It’s impossible to believe that the very first performance of Tchaikovsky‘s most famous ballet in 1892 was a flop.  The poor ballerina who was dancing as the Sugar Plum Fairy was criticised for being “corpulent” and “podgy”.  We not sure if that critic was alive now and saw Vanessa White’s new production  what … END_OF_DOCUMENT_TOKEN_TO_BE_REPLACED

Author queerguruPosted on May 29, 2019Categories queertiquesLabels 2019, burlesque, documentary, drag, performance artLeave a comment on A Night at Switch ‘n Play is a Queer night you will never forget

About to have its World Premiere at Toronto’s Inside Out Festival,   the delightful A Night at Switch n’ Play is probably the queerest film we have seen in long time.  We so hope those Canadians are ready for i.,  This feature documentary film debut from director Cody Stickels is an exuberant close up look … END_OF_DOCUMENT_TOKEN_TO_BE_REPLACED 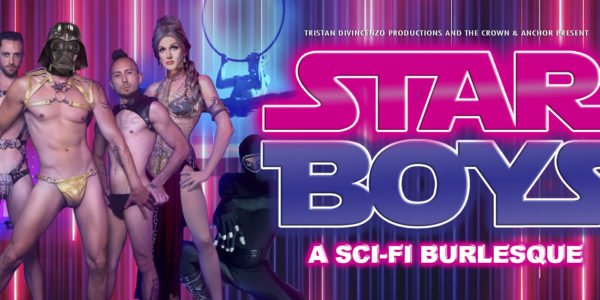 Queerguru sat down to talk with the very talented young cast of STAR BOYS a brand new Sci-Fi Burlesque Show that has been making patrons of Paramount @ PTown’s Crown & Anchor get hot and bothered all summer long.  Produced by Tristan Divincenzo, the show is an epic fully-nude Spectacle featuring live music, state-of-the-art 4K projections, special effects and custom-built costuming, celebrating everything Sci- Fi, and the perfectly naked male specimen.

Part dance, part acrobatic, part song, part comedy, and part drag but fully nude this cast of ‘heavenly creatures’ talked to Queerguru about giving their all!

N.B.  The video includes actually glimpses of the act ….. be warned .

Author queerguruPosted on August 8, 2017Categories queerguru.tvLabels 2017, burlesque, eye candy, Provincetown Culture, strippersLeave a comment on The guys from BALONEY have got some Balls 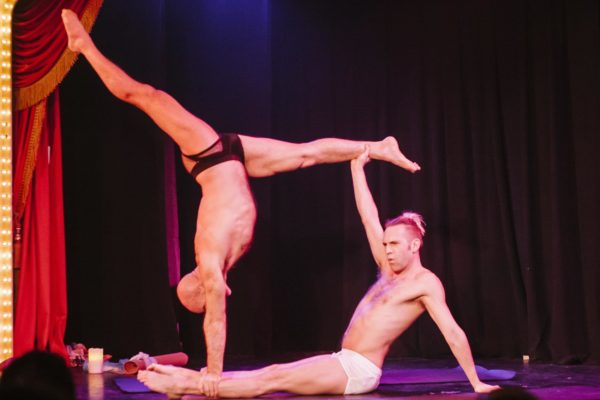 San Francisco’s Baloney All Gay Male Revue is touring for the very 1st time, so naturally they came to #Ptown. PART THEATER, PART DANCE, PART PEEP SHOW & COMPLETELY HOT. Check out our interview with Michael Phillis which includes quite a few video clips, then hurry down to Crown & Anchor as they are here for TWO NIGHTS ONLY.
Interview for ‘queerguru reports’ on queerguru.tv was filmed poolside by #HusseinWentz