Russian Restaurant Owners and their staff, like the crew from Funky Food 11 restaurant in the photo above, are so pissed with the Authorities about being stripped of their livelihoods during the continuing Lockdown they are literally stripping naked. Hundreds of bar, restaurant and cafe employees have taken to posting pictures  photographs of themselves … END_OF_DOCUMENT_TOKEN_TO_BE_REPLACED

Author queerguruPosted on January 16, 2020Categories queertiquesLabels 2020, documentary, Paul Rice, RussiaLeave a comment on A Worm in the Heart : Paul Rice’s debut film about the plight of LGBTQ in Russia today

One of our main driving forces in QUEERGURU reviewing so many new indie movies, is the sheer hope that once in a blue moon you come across a new fresh and extraordinary voice. One that has such a passion and drive that makes all the hours/days/months in those  screening rooms all worthwhile.  Paul Rice … END_OF_DOCUMENT_TOKEN_TO_BE_REPLACED 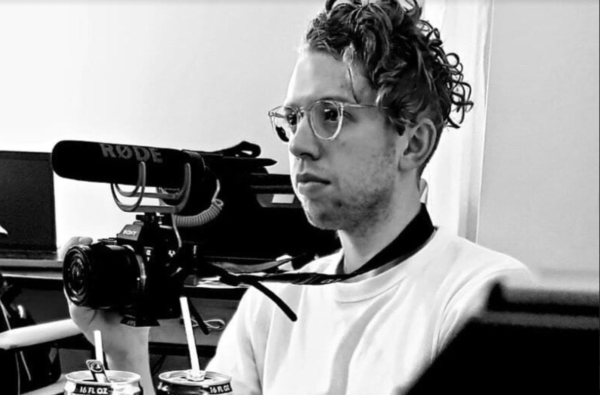 Paul Rice a queer Irish creative director forsook his comfortable life in SF to take a journey on the Trans-Siberian Railway across Russia to see for himself what life is really like for the LGBTQ Community He even talked his Welsh bf Liam Jackson Montgomery into joining him.

The result is his very first feature film, a powerful documentary A Worm in the Heart that is about to have its World Premiere next week at Santa Barbara International Film Festival and so QUEERGURU caught up him for an exclusive interview in advance of the Event.

Opening with a quote from Nietzsche ‘there is also some madness in love, but there is is some reason in madness’ this timely narrative about how extreme homophobia is in Russia is a saddening tale about the price of being gay (and in love) in that country.   Anton and his boyfriend Vlad are driving … END_OF_DOCUMENT_TOKEN_TO_BE_REPLACED