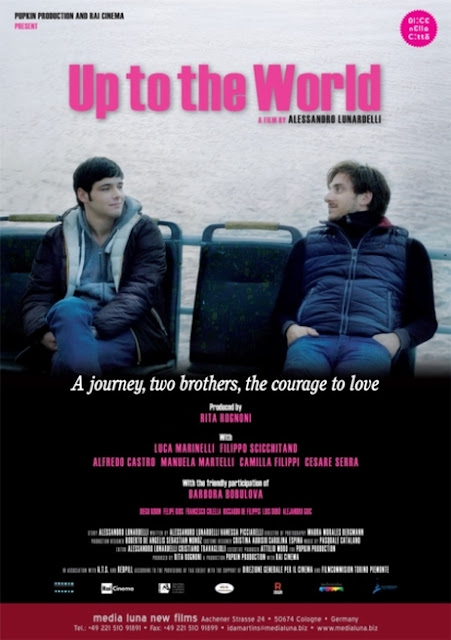 When 18 year old Davide returns home after college to the provincial industrial town in Northern Italy he is expected to join the family firm just like his much older brother. Loris is only 35 but bears all the stresses of the struggling business and tries to juggle that with sharing his wife’s anxiety that her current pregnancy will be the one that finally goes full term and give him a child at last. Despite their 17 year age difference the siblings are fond of each other and quite close even though Loris has no idea that Davide has been harboring a secret for years. When they decide to take a road trip together to Barcelona to watch the Champion Leagues Soccer Final, they have no idea that both their lives will change dramatically and nothing will ever be the same again. 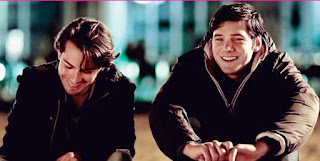 After the match they have a chance encounter in a bar with Andy a young Chilean who Davide falls completely in love with at first sight. Whilst Loris is busy being ‘entertained’ by some pole dancers in a Strip Bar, Davide sneaks off to hang out with Andy. When he learns that this handsome environmental activist is planning to fly home and then on to visit the glazier in Patagonia, David who has been entrusted with Loris’s credit card, decides on a whim to buy a ticket and go too. 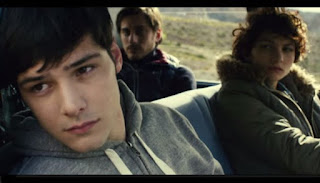 He thinks that the young Chilean is also deeply attracted to him, but when they arrive in Santiago and are met at the Commune where Andy lives and he introduces his girlfriend Ana, David realises that he has misread all the signs of affection that Andy h, been giving him. Nevertheless despite his obvious disappointment, the young Italian throws himself into helping the commune members plan their next act of protest.

Meanwhile back in Barcelona Loris finds David’s goodbye note at the same time that the Credit Card Company call him to check on this sudden rash of unusual spending. With their help Loris discovers that his brother has flown to Chile so he hops on the next plane even though the only real leads he has are from tracking the use of the credit card that David is using liberally.
Once he lands Loris enlists the help of a charming cab driver who, in another strand to the story, turns out to have a troubled past that keeps coming back to haunt him at critical points of the search for Davide.  After a lot of chasing around town and encountering more than a few comic setbacks, Loris finally tracks Davide down and eventually his initial anger is defused when the brothers finally start to talk properly for the first time.
When Ana tells them that Andy has left for Patagonia already, Davide insists that they follow him as quickly as possible because he believes that he has ulterior motives in wanting to go there which may have tragic consequences. 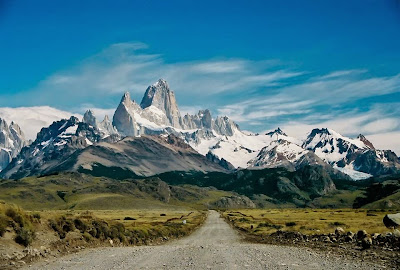 This directing debut from Italian filmmaker Alessandro Lunardelli (who also co-wrote the script) is an unusual road movie that uses a stunning South American backdrop to tell the story of two siblings discovering and sharing their true identities with each other.  They are forced to deal with situations and people way outside their comfort zone and all far away from home. At one point an evolving Loris tells his younger brother who has now come out to him ‘If you change your life maybe someone else will want to change theirs’.
The unpredictable plot lines gives a real edge to this engaging voyage of discovery these two very different brothers undertake, which is as much about their ‘journey’ they need to take to find themselves as the end result itself. It succeeds so well with a lot of the credit going to a well-chosen cast particularly young Filippo Scicchitano (‘Fasten Your Seatbelts’) as Davide, and last seen in ‘The Great Beauty’ where he painted himself red, Luca Martinelli as the wound up Loris, plus veteran Chilean actor Alfredo Castro as the cab driver.
What is refreshing about Lunardelli’s handling of what is essentially a two-pronged ‘coming out’ story is that he doesn’t burden the script by overwhelming us with exploring too deeply all the issues he touches upon, but instead focuses on giving us well-rounded and likable characters that we can so easily relate too.
Highly recommended.