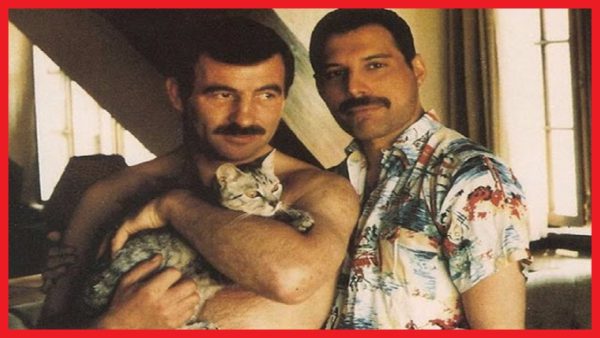 The reason that so many gay men loathed the ill-conceived BOHEMIAN RHAPSODY that somehow managed to be both a box 0ffice smach and a unmitigated critical disaster, was  because of the cack handed attempt to whitewash Freddie Mercury’s personal life. The whole movie had been micro-managed by the remaining members of Queen who wanted to insure that they came out looking like really good fellows, and that Freddie’s sexuality was all but dismissed.

It’s one of the reasons that Sacha Baron Cohen who was the original choice to star,  walked out.

No-one has ever disputed the fact that the first love of his life was Mary Austin the Biba Store Manager and she remained his biggest love.  But when he left Mary he ‘came out’ as gay (not bi) and had a series of boyfriends over the years that he was very close too. He was also a regular sight in London gay bars in those long-forgotten days when we allowed celebrities to go out in public without being bothered or stalked.

The producers of the film chose to omit this integral part of Freddie’s life in a film they promoted as a biopic.  Shamefully even though it gave actor Rami Malek the role of his life and over 18 Best Actor Awards,  he could not even acknowledge Freddies sexuality ONCE, although finally he did mention he died of AIDS,

Freddie Mercury was not just a musical genius but was also one of us.  He so deserves that his real story is told.