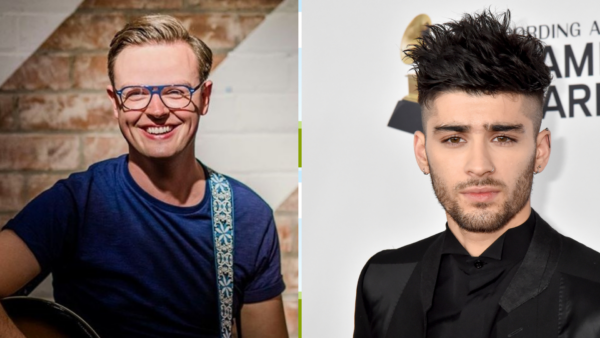 Queerguru never knew (until today) there was such a thing as British Cowboys, let alone gay ones to boot.   Singer/songwriter TOMMY ATKINS is just that and his brand new music, which has already topped charts in both the UK, Canada and New Zealand, is going to ensure that more people hear about him.  Here’s Tommy’s first EP Kiss Me Cowboy

Let’s be very clear we have zero interest in watching any TV program about the ubiquitous Paris Hilton BUT we love this theme song that suddenly appeared in Queerguru’s email one day.  It’s a new take on Cindy Lauper’s classic anthem sung by Australian singer/songwriter FRALLY.  Once you have heard it, you’ll want more.  You can find that at  http://www.frallymusic.com/

We slipped in this new music video of BETTER from Zayn even though it, and he, are not technically queer ….. according to his girlfriend the model  Gigi Hadid.. The British  singer/songwriter has been on our radar since he was a member of the Boy Band One Direction.

Taking of Boy Bands they don’t get much more successful than Korea’ K Pop group BTS having already sold over 20 million albums.  They recently took part in NPR’s Tiny Desk Intimate Video Performances recorded with correct social distancing …..this video has collected over 14 million hits in less than a week.

Northern Ireland Drag Queen  Blu Hydrangea lip-synch her heart out with a stunning performance to Loreen’s ‘Euphoria.’ that won  Eurovision in 2012 for Sweden

For this weeks’ dose of high camp, we’ve included Fab The Duo : Party For Two which you can get up and dance too.  Or Not!