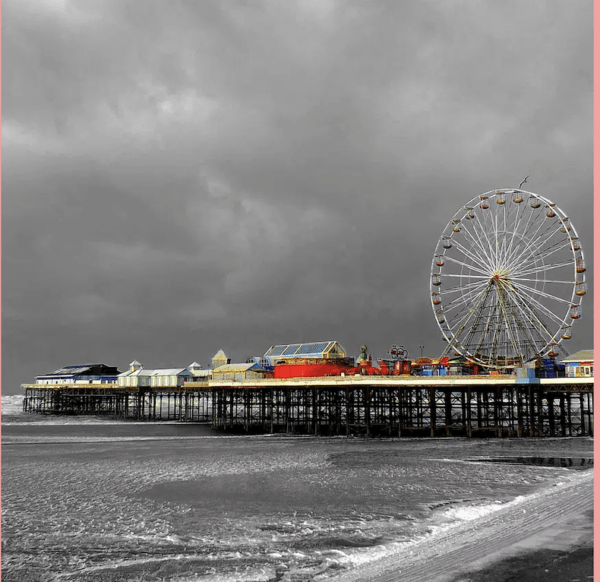 This play’s first half is already half full

Like a ripening banana queer theatre in London is slowly poking its way out of the lockdown. And let us tell you Queerguru is more than ready to have at that fruit.

One of the rare benefits of lockdown is that writers have had the time and the headspace (if not the actual physical space) to concentrate on their craft. It has been a lonely and unprofitable process for most of them so we are thrilled that the wonderfully situated and relatively new Turbine Theatre is promoting their work in progress via RallyFest, a celebration of LGBTQ+ voices that nicely launches Pride month. 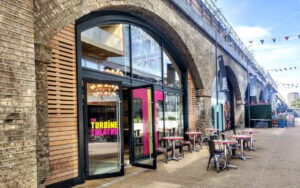 If you have not made it to the Turbine Theatre yet, as it had to close shortly after its launch, it is under the shadow of the chrysalis of the revamped Battersea Power Station. With a burgeoning restaurant and entertainment scene, the area is certainly regaining its electricity, ahem.

Today’s offering was a table reading, presented by HighTide, of the first half of Sonia Jalaly’s Oh We Do Like To Be, which brings together the classic recall of the British seaside, the comfort of living one’s familiar self, and a desire to make a change.

Beth lives with her grandmother Rita and they are both dealing with the death of her grandfather in their own way. Unlucky in love Beth has a profound sense of loss while Rita seems annoyed that it hadn’t happened sooner and that it shifted the spotlight from her for a few moments. When Beth discovers postcards from her father amongst her grandfather’s possessions, she realizes that she has not been discarded by her father and that he has been trying to retain contact for years. Setting off on a quest to find him and helped by one half of a tribute band called Fucks Bizz (guess who they are a tribute to? can we help you Making Your Mind Up?) she eventually tracks him down to the Glitteringly Gay Cabaret where they perform under the drag name Sal.

It is a cracking piece so far that makes a great vehicle for juicy and joyous character work without losing its central story. Using classic pop songs it stays away from musical theatre without losing its beat. Jalaly is only halfway through but the exuberant writing shines and it feels like an extract from a finished piece rather than prep work. When it’s fully done we will be booking a ticket.

Queerguru Contributing Editor ANDREW HEBDEN is a MEDIA & CULTURAL STUDIES graduate spending his career between London, Beijing and NYC as an expert in media and social trends. As part of the expanding minimalist FIRE movement, he recently returned to the UK and lives in Soho. He devotes as much time as possible to the movies, theatre, and the gym. His favorite thing is to try something (anything) new every day.