On June 5th 1967 the armies of Egypt, Syria and Jordan were amassed on Israel’s borders threatening to annihilate the country. However six days later, Israel won an historic victory, conquering lands and tripling its size.  In the immediate weeks after this several different kibbutzniks got together to discuss and record their feelings.  They had no interest in making another victory album, or a story collection on how they overtook, outdid, shot and conquered.  What they set out to do was instead of talking about what they did in the war, was to express how they felt about it all now that it was over.
This did not go down at all well with the Israeli Authorities at the time, and the Army strictly censored these conversations only allowing 30% to ever be played.  Until now that is, and here for the first time they are played back in full, and witnessed by the very same men who made the the recordings almost 50 years ago.  The tapes serve as a useful and accurate record of so many people’s deeply held concerns at the time especially as so much of history is mis-remembered later on, particularly when it involves a case of nationalistic pride. 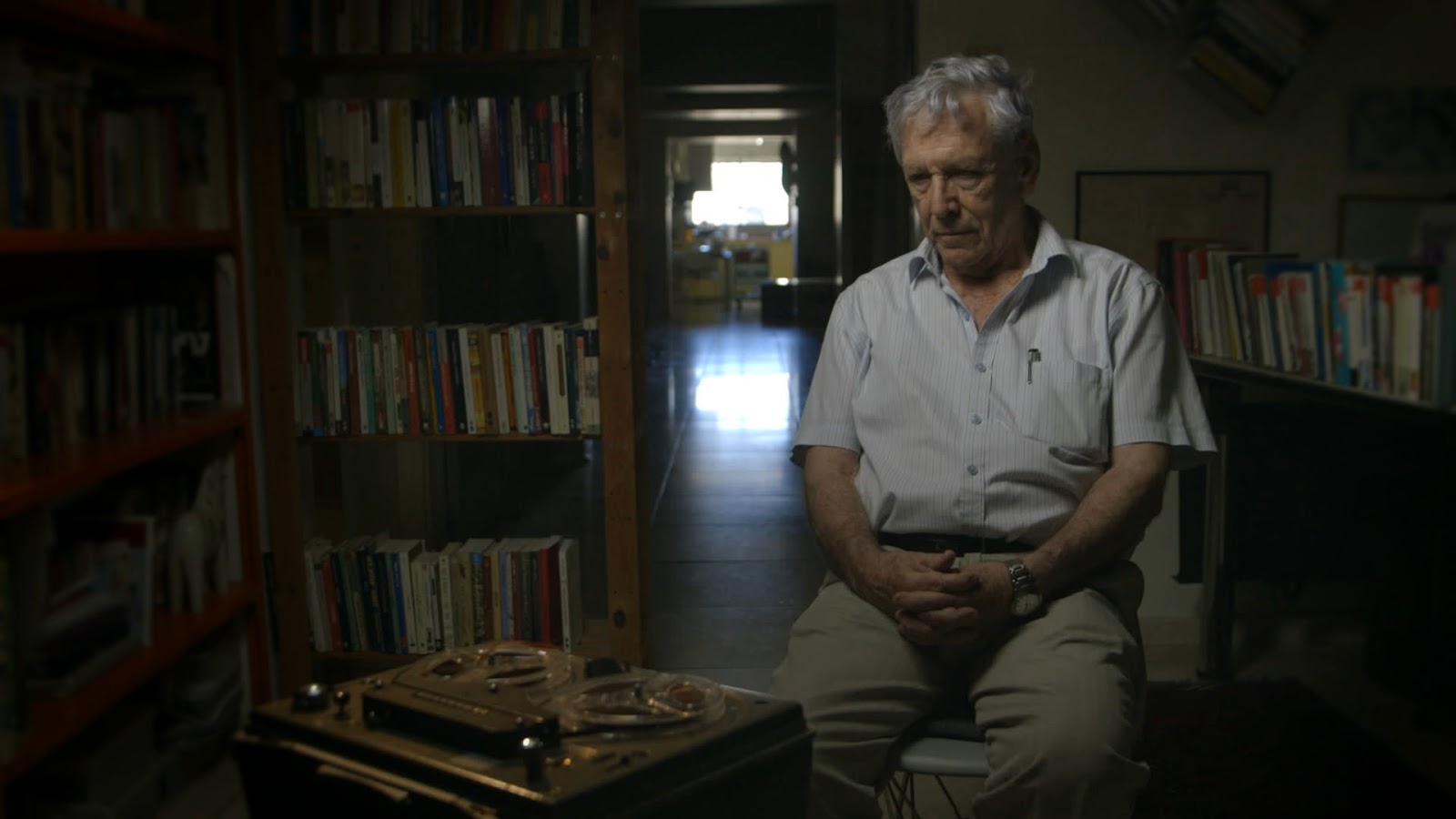 Many of the returning Israeli soldiers immediately started to question the whole purpose of going to war, expressing their believes that what had driven them to want to play their part was a desire to defend their country and their people.  Whereas in fact the reality soon became that they ended up evacuating thousands of civilians from their homes, and expelling them and their families from their lives that they had led for years.  When they were made to witness this and also the relentless killing of unarmed civilians, some of the Israeli soldiers felt that that they were treating the Egyptians like they themselves had been treated in WW2 and they could really sympathize with them.
War is by nature nothing to be proud off, but when one young Israeli soldier picked up the wallet from the Egyptian he had just killed and saw the photographs of his young  children inside, it hit him hard that he had just robbed them of their father.

This is by no means the first movie that has looked hard and questioned the futility of war in this region through the eyes of the soldiers as they have returned. Israeli filmmaker Yariv Mozer did the same after the country’s second war with Lebanon in 2006, and in his movie ‘My First War’ he examines the fierce loyalty of the foot soldiers whose very lives are endangered by the sheer incompetence of their Generals.  Censored Voices may not be about incompetence but it is definitely about the unbridled ambition of a new nation that was not going to stop at anything to safeguard its own interests. The soldiers where aware however that even though they know that the way they treated the enemy was totally unacceptable, that if they had indeed lost, then the Egyptians would have been just as ruthless with them.
Interesting enough as the old men sat and listened to what they had said all of those years ago, none of them regretted what they said, or changed a word. With more than a little foresight one of the men said back in 1967 “Are we doomed to bomb villages every decade for defense purposes?”
Like the  2012 Oscar nominated documentary “The Gatekeepers” which featured interviews with all surviving former heads of Shin Bet the Israeli security agency whose activities and membership are closely held state secrets, “Censored Voices” extends the dialogue of some of the different viewpoints within Israel about both it’s history, and inevitably its future. It is a very compelling and necessary record that allows us to form our own opinions about the the rights and wrongs of this very controversial era.