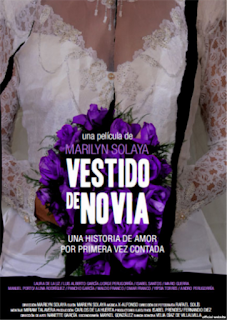 This debut feature from newbie Cuban filmmaker Marilyn Solaya is a grim tale about a transsexual’s relationship with a naive straight man back in the country’s dark days of 1994 before the President’s daughter Mariela Castro started to champion equal rights and tolerance for the LGBT community.  This particular story is based on a real life one where all the ‘goodies’ of the piece are the transsexuals and gays, and all the straights are lumped together as the ‘baddies’. 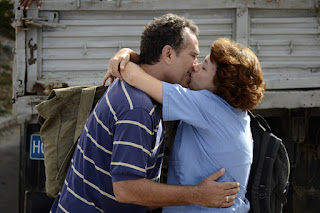 It’s the tale of a couple in their early forties who have just recently married.  Rosa Elena is a nurse who lives with Ernesto her engineer husband and his invalid father in a meager rundown apartment. They seem a happy family unit that makes the most of the all the shortages and power cuts that are part of their daily life.  Rosa’s best friend is Sissi a transsexual hairdresser who is undergoing hormone treatment, which is approved of by the authorities, but is desperate to have gender reassignment surgery, which is still illegal. 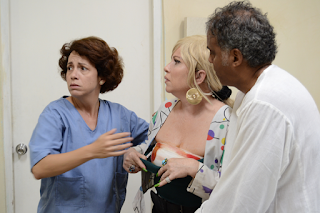 It takes time to realise that the reason for this seemingly unusual friendship, which Ernesto greatly disapproves of, is that Rosa Elena is harboring a dark secret that only Sissi is privy too. It may have remained that way if it wasn’t for Lazarus, a corrupt Government Official and a jealous ex-lover of Rosa, who is determined to get her back. He also wants to make life tough for Ernesto who may be on the brink of discovering that he is the one behind all the thefts on the building construction he is in charge off.
When Lazarus gets his hands on Rosa’s medical records that show she wasn’t born a woman, he ensures they fall in the right hands to get Ernesto hounded out of his job in disgrace.  He succeeds and as a consequence Rosa is subject not just to his violent abuse but to that of his colleagues too as she is branded a ‘fag’ and worse. 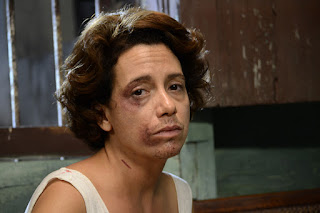 It’s a very touching story that would appear to effectively paint a landscape of a highly homophobic culture where sexual diversity was a just cause for exclusion from society, and where the authorities were the main instigators of all the violence leveled against the LGBT community that existed completely on the down  low. However, asides from this Solaya sadly overloaded the film with far too many other unrelated issues and badly thought out plot lines and characters, that at times the whole thing was in danger of going completely off-track and losing us.

It is a shame as the core was a really fine movie thanks to the rather wonderful central performances of Laura De la Uz as Rosa and Isabel Santos as Sissi. Luis Alberto Garcia was splendid too as Ernesto even though it was very tough that an educated manager like him could have been so completely naive about his wife’s identity.
Solaya had previously made a documentary in 2010 called ‘In The Wrong Body’ about Mavi Sussel, the first person in Cuba to have sex-reassignment surgery authorized by the Government back in 1988. Both of these movies will now add to the current dialogue about transitioning, and the more we can know and learn about this will help all of us to a better understanding.