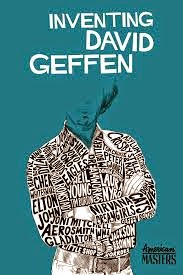 Susan Lacy the director/producer of the multi Emmy Winning TV series ‘American Masters’ scored well when she convinced the publicity shy Hollywood business magnet and billionaire philanthropist David Geffen to agree to be the subject of her documentary. Lacy known for not shying away from controversy does an excellent job tracing this fascinating man’s rise from working class Jewish Brooklyn dyslexic boy to his powerful position today and fills the two hours with some stunning interviews from a whole wealth of celebrities.  She also has managed to get the man himself to grant her unlimited access and he obviously sat down for many open and frank interviews. 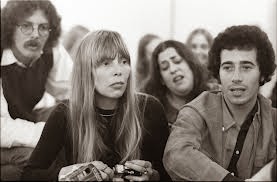 Geffen’s story may be about being in the right place at the right time but what makes it so compelling is the sheer chutzpah of the man to insure he was there. From mailroom boy at the William Morris Agency in New York where he jumped and started being a manager/agent of as yet unknown rock stars and then very soon after into starting his own record label. He loved creating precedents which enamoured him to the artists that he represented and even though the mighty Record Companies initially resented it, he made them, and himself money.  Lots of it.

Geffen couldn’t stand bullshit but he loved selling and the art of the deal, and even in these early days when he seemed as tough of nails with all his wheeler-dealing he was also highly emotional. When Laura Nyro one of his early discoveries, whom he had made into a star, repaid him by not signing with his new label, Geffen was totally devastated. 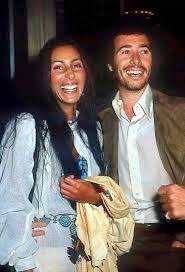 I was completely fascinated to learn for the first time about all the careers that Geffen was involved in making, but the most surprising piece of news about his life in the music business was the fact that he dated Cher.  Many gay men have been in love with this Diva, but Geffen, who had come out to avoid being drafted into the Army, was her actual boyfriend for several months. It was his first (and we assume his only) heterosexual relationship and only ended when she moved on to Greg Allman.
From music to movies, Geffen had this wonderful knack of selling up and moving on several times always at the right time to ensure his bank balance kept getting vastly inflated.  By the time he teamed up with Spielberg and Katzenberg in 1995 to be one third of the first new Hollywood Studio for decades, he already had produced several movies and Broadway theater on his own. For the very first time on camera Geffen seemed unsure and this was at the launch of Dreamworks.  He appeared to be in awe of his illustrious partners that he didn’t feel that he deserved, and interestingly enough one of the things that Lacy failed to touch upon was why this good idea of the new partnership so quickly turned bad.
Geffen’s first known step into philanthropy was his early support of some of the major AIDS charities.  He had been greatly motivated by the death of his very close friend Michael Bennet who directed ‘Dreamgirls’ on Broadway that Geffen helped produced. Since then he has donated $300 million to fund the School of Medicine at UCLA that bears his name.  It is the largest single medical donation EVER in the US.
His very vocal and financial support of leading Democratic Party figures has been very well documented already. What Lacy neatly added was the fact that Geffen’s immediate support of Obama’s Presidential Campaign over that of an upset Hilary Clinton who had considered Geffen a good friend, was endorsed by other Hollywood major players who said that, as usual, Geffen was just verbalising what they all felt.
His very hands-on involvement and supporting what he is passionate about is unquestionably one of Geffen’s best traits.  What was also very touching amongst the myriad of celebrities who popped on the screen where the genuine and maybe somewhat unexpected ones for people who do not know him, stories like those of Yoko Ono.  She had chosen to sign John Lennon on with Geffen’s record label as he was the only one that approached her direct, and he repaid her generosity by being a true friend the night her husband was killed and ever since then. 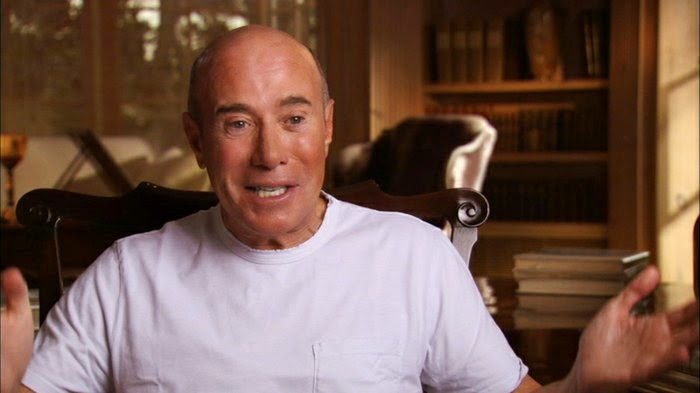 It was however more than somewhat surprising that another period in Geffen’s life that Lacy chose not to cover was his long drawn out very public row with super agent Mike Orvitz.  But a more important omission was her total failure to discuss Geffen’s personal life at all.  Here is this affable, charming, good looking openly gay man who owns one of the biggest mansions in Malibu BUT does he share it with any one at any time?  We never find out.  It’s a disappointment that we learn so much about what this man achieved and how he got there, but we never discover who the man is himself.

Regardless of what is glaringly absent from this documentary Lacy deserves full credit for creating the fullest picture that we will ever probable get of this engaging highly successful man whose handprints are all over some incredible culture and who is first in line to put his money where his mouth is.  The world is definitely a better place, thanks to Geffen’s contributions.