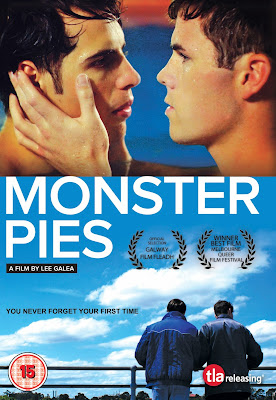 This very touching wee coming of age romance is set in a Melbourne suburb in Australia in the 1990’s when people still watched VHS tapes and wore baggy jeans. Michael is a teenager living with his divorced mother who is always off working,  and with only one friend to his name, is very much a loner. Until one day when there’s a handsome new boy in school called Will, and the two of them are paired off in class to make a project based on Romeo and Juliet.  They decide to make a film about Frankenstein’s monster who against all odds falls in love with Wolf man.  Life then apes art and the boys also fall in love, although neither of them could ever be called monster. Will’s father is however. With his catatonic mother in a nursing home as a result of brain damage, Will is left to deal with his demonic father who is determined to make his life hell at home.
The course of true love never runs true, especially when the lovers are two closeted teenagers petrified of anyone in their immediate world discovering their secret, and in their case the totally unexpected result is far more shocking than most. 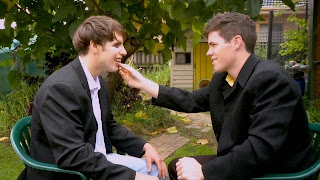 Will and Michael’s melodramatic story is completely heartbreaking but it comes at a heavy price. This well intended wee movie is riddled with cliches, some appallingly hammy acting and has some secondary plot lines that not only add little to the story but are totally annoying. BUT if you can bear to stick through all this and the painfully slow start to the story, then you’ll forgive newbie writer/director Lea Galea especially if you are a hopeless romantic as you will be grabbing for those kleenex’s regardless.

P.S. Young Lucas Linehan at least does put in a fine performance as Will.