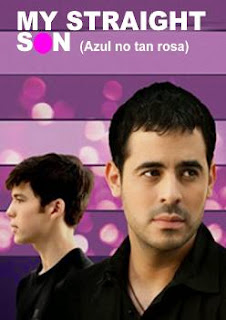 Diego a successful Fashion Photographer in Caracas has commitment phobia but the very night he is about to tell Fabrizio his Doctor boyfriend that he will move in with him after all, is the same night that Fabrizio is the victim of a vicious fatal gay bashing. It is also the same night that Armando his estranged teenage son turns up from Spain to stay with him for a few months whilst his mother goes to London to study for a Masters degree. 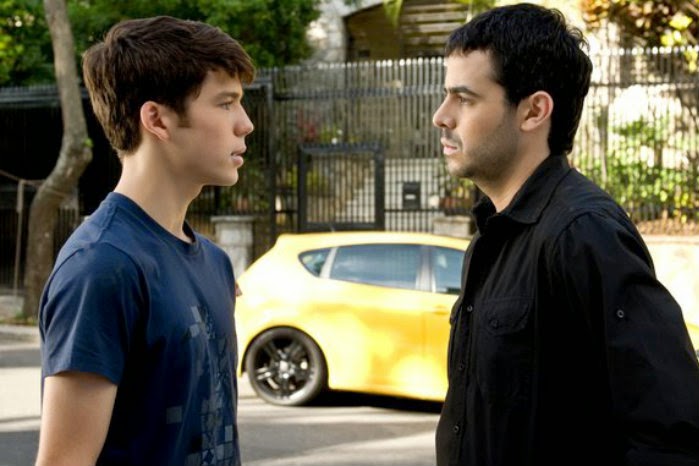 This very melodramatic first 24 hours sets the tone for a hectic story packed full of characters that deliberately sets out to tug at your heart strings for the next two hours. Father and son are like strangers and must learn how to adapt to each other. Armando to the unknown homosexual world of a father grieving for his partner that he had never met, and Diego to the closed attitude of his adolescent son.

Added to the mix are both Diego’s own parents and Fabrizio’s too who are completely homophobic and are obsessed with watching Venezuela’s most popular TV Chat Show with its buxom bigoted host who loves to stir up fear of the unknown with her inflammatory remarks. Plus Diego’s female assistant/friend that keeps going back to her abusive boyfriend who beats her up most days, and the penniless transsexual choreographer who has to subsidize her modern Dance Troupe by still doing her lip-syncing  Drag act at a gay club at night to pay the rent.  Between them all director/writer Miguel Ferrari insures that he covers the whole gamut of social issues from gay parenting and partners rights to gender identity. 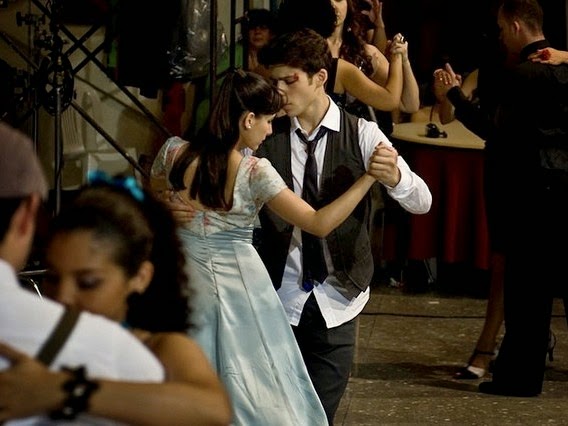 Despite its (too) many layers and all its plot complications there is something very compelling about the unravelling of the relationship between the father and son that ensures our investment in watching to the end to see how its all going to turn out.  Maybe its the sonorous tones of the orchestra’s lush string section that pervades the dramatic soundtrack, or just seeing a cute nervous Armando mastering the art of the Tango so that he can win the heart of his new Internet girlfriend?

It’s sweet and funny and immensely moving with some very fine performances from this handsome and talented cast, plus there is more than a hint of Almodovar about the whole thing. The movie has been wowing audiences already and in Spain it won the Best Foreign Picture Goya (their Oscars) when it still had the original and much better title of ‘Azul y No Tan Rosa’ which literally translates into ‘Blue, and Not So Pink’, and it should do just as well as here even with its newer clumsier title.