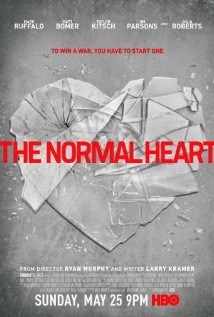 Larry Kramer is perpetually angry. This prominent loud-mouthed writer and gay activist has been shouting out his highly personal take on some of life’s iniquities and in-equalities for the past 40 years and has made himself famously unpopular. It was his exasperation with the apathy of the gay community when the AIDS scare first started that made him co-found the Gay Mens Health Crisis in his living room in 1981.  And it was his unfettered bursts of outrage against an indifferent and immovable culture and a bureaucratic stonewall that got him unceremoniously forced out of the Organization just two years later.
Retiring to Europe to lick his wounds, Kramer sat down and wrote an autobiographical piece of his whole experience of those past constantly changing years.  It opened Off Broadway in 1985 when the AIDS Epidemic had really started to take a tight grip in New York (and many other major cities) and ‘The Normal Heart’ became the seminal play of the period.  It would be another 6 years before Kushner’s ‘Angels of America’ would be seen.
Now nearly some three decades later the play finally makes it to the silver screen after many false starts and broken promises, but along the way it has not lost a single iota of its potency with its powerful story that never fails to stun its audience into sheer silence. 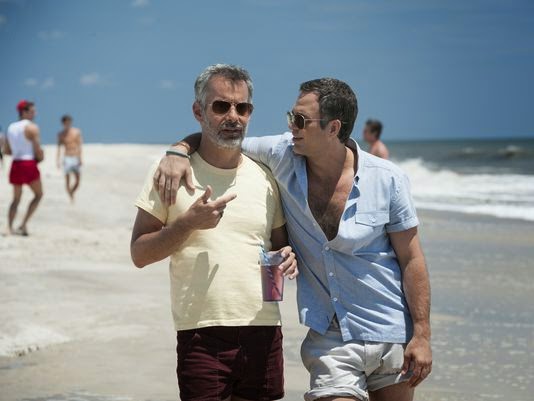 The movie opens on a typical care-free speedo-clad beach in Fire Island summer in the late 1970’s where sex is the first and second thing on the minds on this happy gay crowd.  When one of their number suddenly collapses without warning on the sand no-one has the slightest idea that he is one of the early victims of what the New York Times will later describe as GRID (Gay Related Immune Deficiency) i.e. the Gay Cancer.

As the virus spreads writer Ned Weeks (Kramer’s ‘stand in’) tracks down Dr Emma Brockner who is the first physician in NY dealing solely with the epidemic and she simply cannot cope. She is overwhelmed with the increasing number of patients, with the indifference of the medical community in denial who refuse to help or provide funds, and the apathy of the gay community who refuse to give up their newly gained hedonistic liberty and stop having sex just because this disabled Doctor says it could kill them.  Brockner recognizes a passionate true spirit in Weeks and eggs him to start trying to both persuade the Gay community to change their practices and also organize an official support system. Even with the figures of gay men getting sick and dying escalating at an unprecedented pace Weeks is frustrated at the very little headway the newly formed GMHC is making. Finding himself as the unofficial spokesman, mainly due to the fact that he is not only the most articulate of the bunch but his anger at a system that refuses to pitch in and help makes him a compelling anti-Establishment figure that the media are happy to cover.  It may help them sell newspapers but it doesn’t achieve any of Week’s more lofty ambitions, and in fact only serves as the reason for the Board of GMHC to fight him tooth and nail and try and control his activities. Even with a Mayor, a President and a whole Medical Community that refuses to do anything to help stop all these men dying, the GMHC still wants to take a very cautious and overly polite approach so as not to upset either anyone in power or a gay community that do not want to curb their lifestyles. 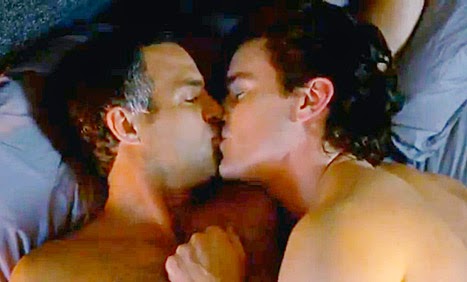 Whilst all this is going down 30-something-year-old Weeks finds love for the first time in his life in the shape of a younger New York Times Reporter Felix Turner. This unlikely seeming couple turn out to be a perfect match and their very passionate relationship is the one happy part of Week’s life even though it is sadly doomed when Turner gets ill and his young life is unseemly ended way before its prime like so many others of his generation.

The movie ends soon after that (although the story in real life didn’t with Kramer going on to co-found ACT UP the AIDS activist organisation that unapologetically demanded help and support to help fight the plague and whose many successes included the releasing of much needed drugs and funds). Kramer’s anger may also have been one of the reasons that it took so long to get this on to our screens, but it was worth every minute of the wait. In Ryan Murphy, the openly gay creator of ‘Glee’ and ‘American Horror Story’, he found a filmmaker who not only put his own money where his mouth was by buying the Rights himself, but he proved to be a collaborator who created a masterpiece movie true to his vision. 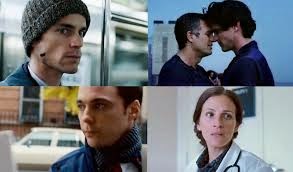 Murphy deserves credit for many things, not least the fact that he took the almost unheard of decision of casting many openly gay actors to play gay men. With not one mis-step in his selection which included the actor & director Joe Mantello as Mickey Marcus (fresh from his Tony nominated turn playing Ned Weeks in the recent Broadway revival); Jim Parsons repeating his role in the same production as Tommy Boatwright; Jonathan Groff, Taylor Kitsch, Alfred Molina, Frank De Julio, and the ultra handsome Matt Bomer as Tyler who quietly shed 40 lbs to play his dying character without any of the inflated brouhaha of a certain Oscar Winner who had trouble mentioning the word AIDS in public!

Mark Ruffalo gets nominated as an honorary gay for his convincing portrayal of Ned Weeks who was equally passionate berating politicians as he was making love to his boyfriend.  And last, but not least, Julia Roberts very competently played the part that Barbra Streisand had lusted after years , the physician who was sadly dabbed as Dr Death.

With Murphy refusing to shy away from any of Kramer’s rhetoric or the scary visuals of the violent and cruel deaths these young men suffered, this is the story of how it really happened, warts and all. There are no flowery allegories or sightings of Angels as in the Kushner play but just sheer unadulterated screaming and angry rants at a world that we thought may actually kill us all

If you were around at any of these times from the early 1980’s on, then this powerful heart-wrenching piece will make a lot of unpleasant memories flood back.  It is shockingly disturbing and serves to remind one that the nightmares that we lived through were not imagined in the slightest and were very real indeed. If it hadn’t been for Larry Kramer’s loud mouth, it would been a whole lot worse. If on the other hand you are approaching this drama having been born after these events then I can only assume that this near apocalyptical scenario may even appear like an historical event that is nothing to do with you. Trust me it does.  AIDS may longer be considered a gay plague, but as the closing credits of this movie remind us all too clearly, even now 6000 people are diagnosed with HIV every single day to increase the present world total of 35 million infected.  It still affects as us.

P.S. The last word goes to Murphy when he simply summed it up after this movie was Premiered in NY. with ‘You were right Larry’.  I never thought otherwise.