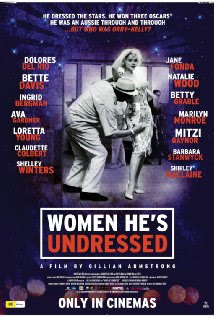 Gillian Armstrong’s captivating documentary on three-time Academy Award Winning Costume Designer the larger than life Orry-Kelly starts out with a rather wonderful statement ‘He called himself a hem stitcher, yet he really was a Hollywood Star. In the country he’s come from, that’s bloody amazing, but no-one has ever heard of him’.  The country it refers too is Australia which a very young Orry George Kelly left for the US in the 1920’s to find fame and fortune on Broadway. His career as a chorus boy though he claims was hampered by his ‘weak arms’ and after he had dropped one too many chorus girls on stage, he decided it was time to retire.
Luckily though a job he had painting murals in a nightclub led him to designing costumes for Broadway’s Shubert Revues and George White’s Scandals. He was actually doing much better than his boyfriend Archie Leech who wasn’t a very good actor and was trying to wing his way into parts based on his (very) good looks. 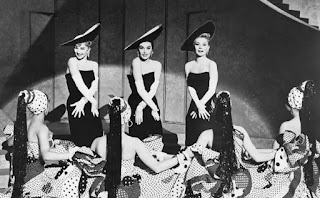 Kelly moved to Hollywood in the 1930’s and worked his way up to being the Head Costume Designer for Warner Studios where he remained until 1944 being expected to work on as many as 50 movies each year. The stars adored him and although they are few living now to bear witness… the magnaminous Jane Fonda being one …. Armstrong littered this profile with the raves that she had gathered from the major actresses of that era who loved the flattering clothes he gave them to wear. 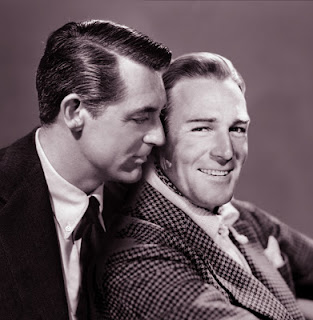 His boyfriend also found some success now as Hollywood took to his handsome good looks and changed his name to Cary Grant, but the two men soon split and went their separate ways.  Orry-Kelly (he had also added the hyphen to sound grander) made no secret of his sexuality and was in fact quite brazen about it, whereas Grant lived ‘sort of’ in the closet.  He lived with actor Randolph Scott for a decade and even when the studios made Grant marry (for the first of three times) he simply moved his bride into the house he shared with Scott.
Credit to Armstrong and writer Katherine Thomson for making this affectionate tribute as much as about the man as well as his incredible body of work.  Their research obviously showed that this flamboyant and gregarious man had a great zest for life (and especially for alcohol) and they creatively re-enacted some of the major milestones to capture this party-loving animal who the leading ladies of the day adored.
Strangely though some of his very best movie work came after he fell out with Jack Warner and was fired from the Studio.  Now working at different times for Universal, RKO, 20th Century Fox, and MGM studios, he went on two win three Academy Awards for Best Costume Design (for ‘An American in Paris,’ Cole Porter’s Les Girls and ‘Some Like It Hot’) and was nominated for a fourth (for ‘Gypsy’). 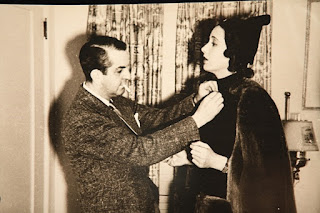 So many of the 285 movies he designed for are now considered classics and included ‘42nd Street’, ‘The Maltese Falcon’, ‘Casablanca’, ‘Arsenic and Old Lace’, ‘Harvey’, ‘Oklahoma!, ‘Auntie Mame’, and ‘Some Like It Hot’. He designed for all the great actresses of the day, including Bette Davis, Kay Francis, Olivia de Havilland, Katharine Hepburn, Dolores del Río, Ava Gardner, Ann Sheridan, Barbara Stanwyck, and Merle Oberon. He had the job of creating clothes for the cross-dressing characters played by Tony Curtis and Jack Lemmon in ‘Some Like It Hot’.
The clothes were unquestionably stunning and quite breath taking as he was master of color and silhouette.  He refused to overload his designs with layers of ruffles and frills : his maxim seemed to me less is more. The totally opposite to his mantra for the excesses in his private life.
Anderson creates a delicious portrait of one of the very greatest costumiers ever whose work we love to admire, and a man that we would have all liked to have hung out with.
P.S. His record back in Australia for being the one with the most Oscars was unbeaten until fellow countryman designer Catherine Martin picked up her 4th one in 2014 (for ‘The Great Gatsby’)