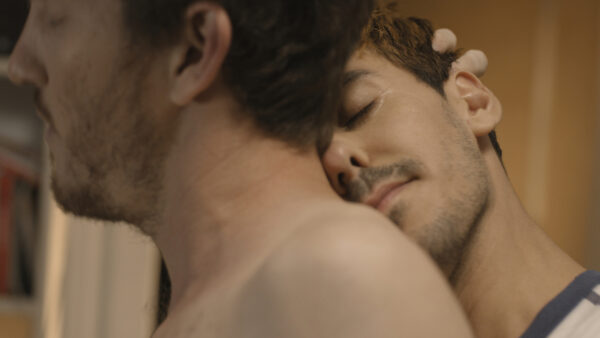 At the risk of repeating ourselves again , we are still rather bemused why TLA the distributors of this latest volume of short queer films should publish them under such provocatively sexy title, which gives a false impression of the contents of this compilation. 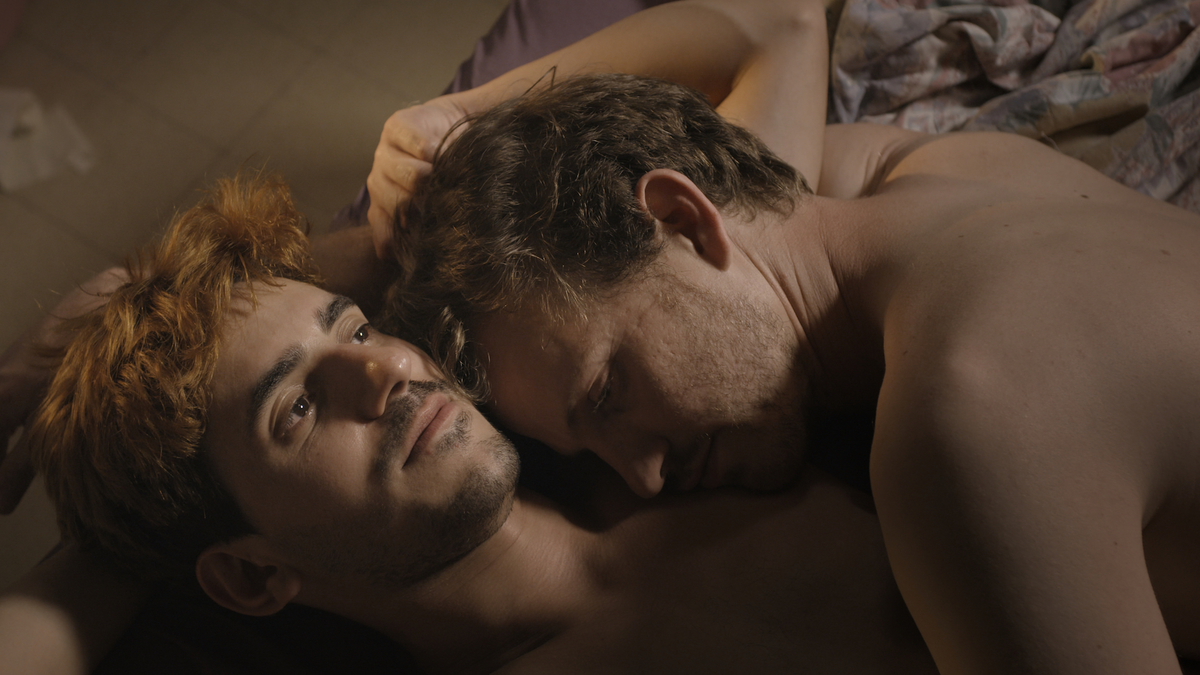 True the first (and best) film in this set  RUBBER DOLPHIN is about navigating a naked one night stand, but the other four shorts as interesting as they maybe, are really lacking in sensuality.

Rubber Dolphin is the third short from Israeli filmmaker Ori Aharon and is the tale of two young men hooking up in Tel Aviv for the first time. When they are lying naked in bed, one confesses that really good sex (like he has just experienced) always makes him fall in love.  The feelings seem to be reciprocated until the one who was the ‘bottom’ wants to reverse sexual roles, and suddenly this new found happiness dissipates even quicker than it started,

In Faces from filmmaker Ben Empey , Ryan who has never had a boyfriend before, meets Nathan and falls in love on their very first date.  Things move pretty fast after that but when they are a live-in couple, Ryan has second doubts about himself and the whole relationship. As there really is such a lack of on-screen chemistry between the two actors we are hardly surprised, and dare we add, really not interested how this is going to turn out. 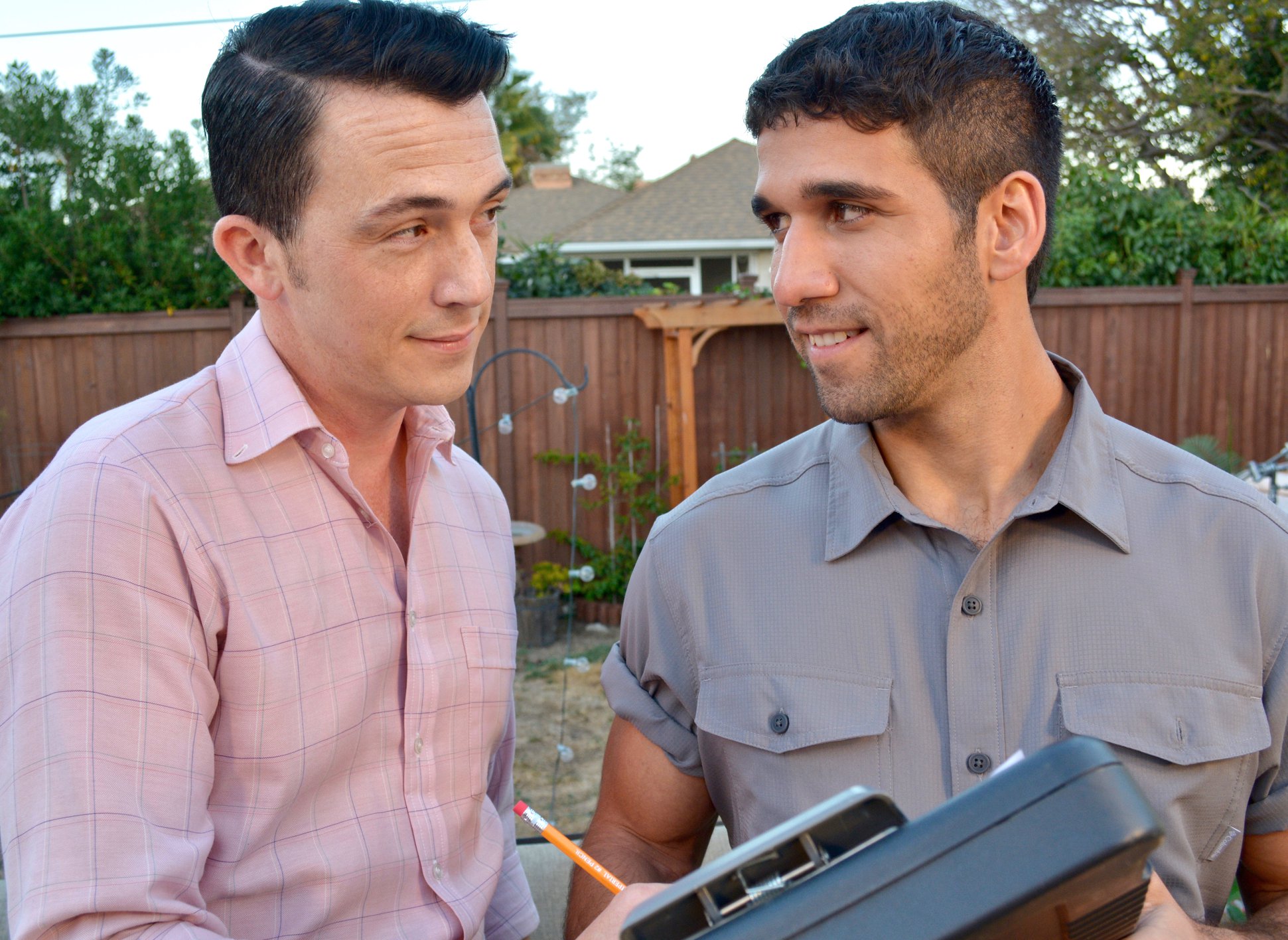 Finally FISH TANK is a 6 minute thriller written and directed by Neal Mulani about an innocent young man who hooks up online with a ‘daddy’ figure and then on the date realises that he may have bitten off more than he can chew.