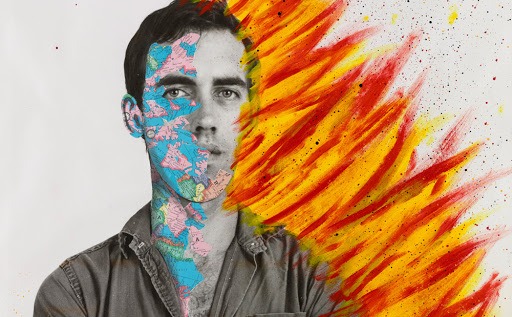 There he mixed with equally prolific artists like the photographer Peter Hujar, who for a short time was his lover, but more importantly become his lifelong best friend.  Others he sometimes collaborated with included Nan Goldin, Peter Hujar, Luis Frangella, Karen Finley, Kiki Smith, Richard Kern, James Romberger, and Marguerite Van Cook .

When Wojnarowicz started to enjoy commercial success and recognition he was immediately conflicted and resented the fact his enormous collage-like paintings would all end up in the hands of very wealthy collectors.

McKim recounts an incident where Wojnarowicz was commissioned to create an installation in the home of wealthy banker  Robert Mnuchin. He horrified him and his wife by showing his dismay at having to do the project by creating a basement installation out of bug-infested trash. 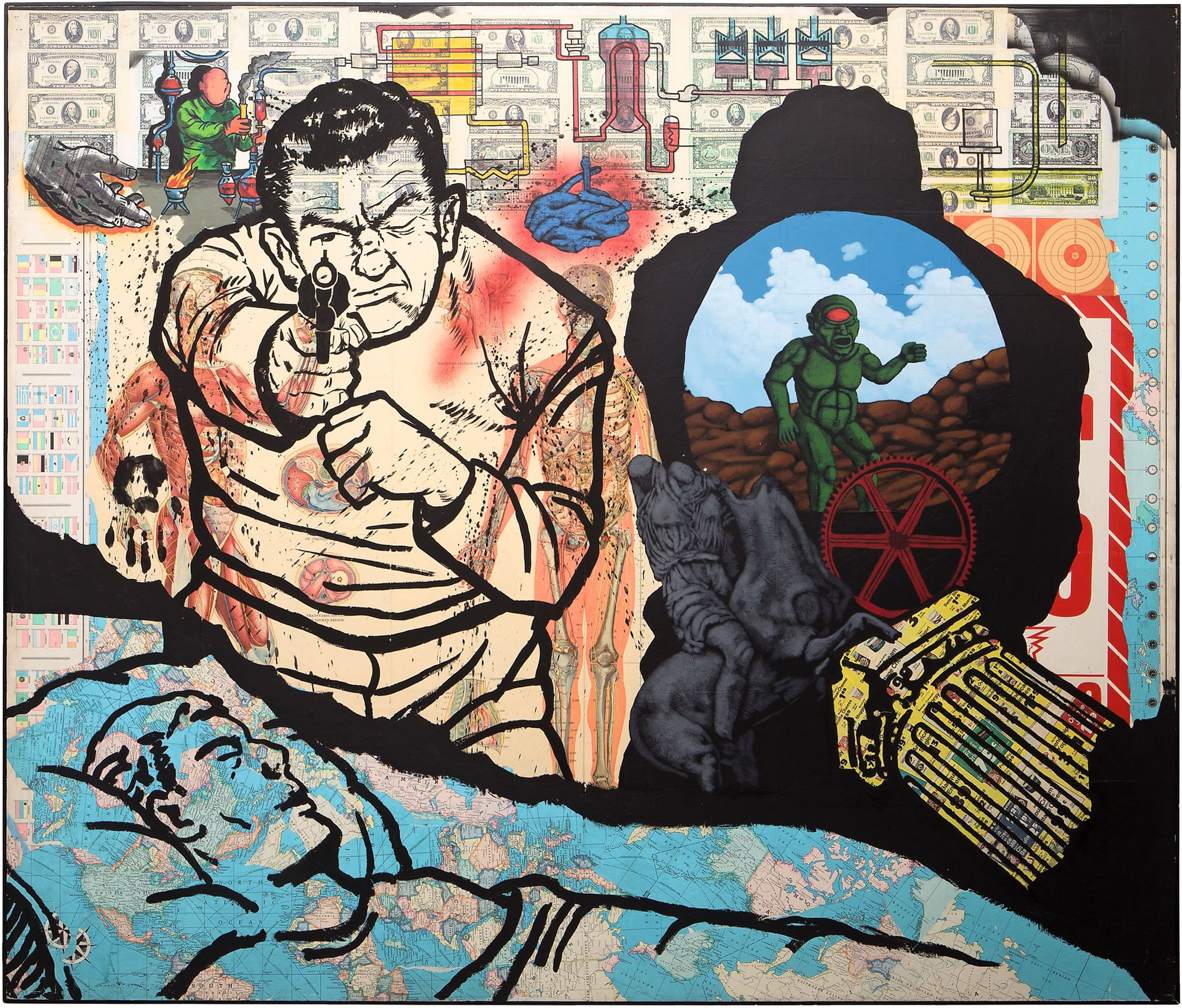 But to us, and Wojnarowicz himself, one of his greatest achievements was when he persuaded fellow artists to populate a vast abandoned warehouse on the Hudson River.  The work they all created there on the vast walls was so imaginative and stunning and on a  scale, none of them would ever have imagined. Its popularity soon caught the attention of the authorities, who soon had it razed to the ground.  Wojnarowicz pointed out the irony of this all as the Warehouse was in among the piers that he had known intimately as a gay cruising ground.

The other side we see of Wojnarowicz is as an angry and impassioned activist when NY started to lose swathes of people in the AIDS pandemic.  His own diagnosis never slowed him down, but when Hujar died,  we see Wojnarowicz on film energized as a  fearless leader agitating for better meds and treatment from an unsympathetic and largely homophobic administration.

This charismatic artistic genius now divided his passion between his art and fighting for a community that was being devastated.  Learning so much more about him in this way, makes us appreciate the art even more.

We should also mention that another of Wojnarowicz’s key collaborations in the ’80s was with the band 3 Teens Kill 4, whose grungy, low-tech art-rock, often using found samples of recorded material, provides the soundtrack for this film.

Any documentary that details any part of the history of queer culture is such a real treat for us, and a vital reference for future generations.  Kim’s film makes such an excellent contribution to the ongoing dialogue about who our community owes so much too.