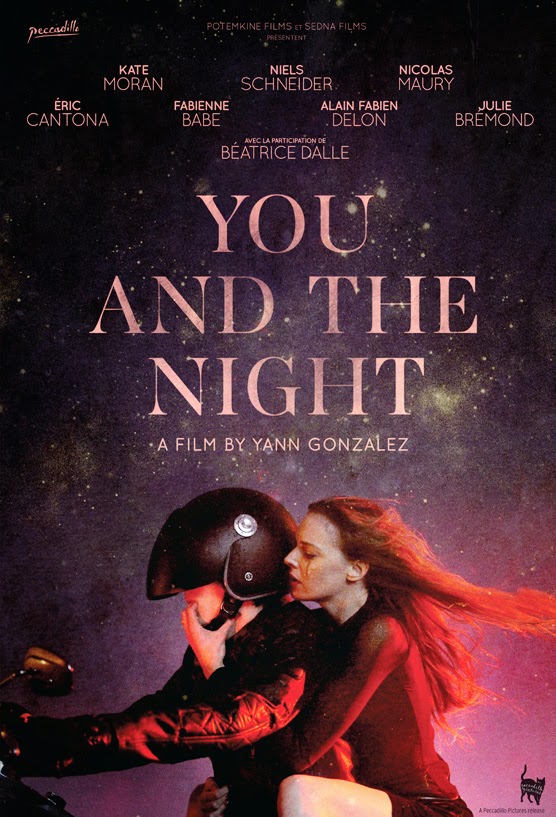 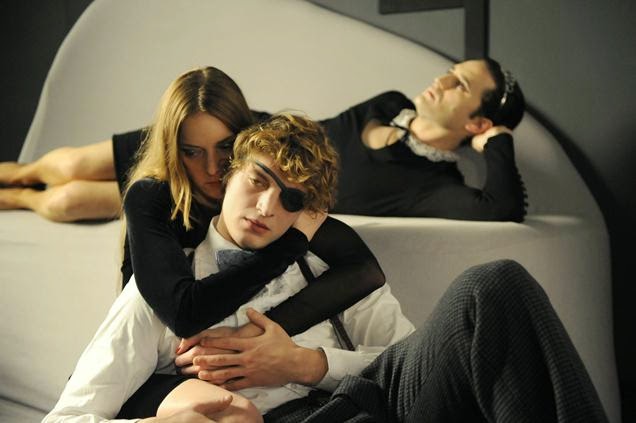 Gonzalez has assembled a great cast for this project including Xavier Dolan’s favorite actor Niels Schneider, plus Fabienne Babe, Kate Moran, Alain Deloin’s youngest son (and spitting image of his dad) Alain-Fabien Delon and ex footballer Eric Cantona. However poor Eric who got to show off his giant prosthetic attachment had this bemused look on his face throughout the whole proceedings as if he was really unaware of what he had got himself into.  Mr Gonzales did have the benefit of tapping up his older brother who is part of M83 so it at least had a great electro-score for the soundtrack.
The danger with experimental cinema is that there is a fine line between suceeding and not, and maybe with a more experienced pair of hands steering this odd piece, the result would have been more better. It certainly would have benefitted from input from someone with a sense of humor. ‘Variety’ Magazine reported that when the movie debuted at the Cannes Film Festival earlier this year it started with a standing room only crowd, but by halfway 95% of the audience had left.  Let’s hope for Mr Gonzalez’s sake it fares better when it opens in UK cinemas shortly.