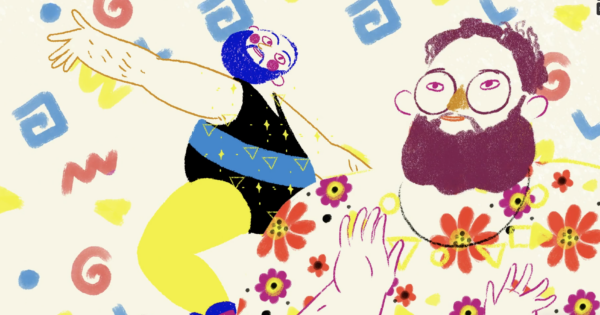 Straight after the Sundance Film Festival last year filmmaker Kareem Tabsch, the co-director of the award winning documentary Mucho Mucho Amor called the Queerguru Office.  He was very insistent that we  get hold of a short queer animated film that had been showing at the same screenings as his film.

We did exactly and he was so spot on as  we LOVED The Shawl so much that we tried to interview the filmmaker at that time.   For some reason that never happened but now were more determined as  the film is about to be screened at Metrograph in NY for a week.  This will increase their chances of actually being nominated for an Oscar …… yes, it is that good.