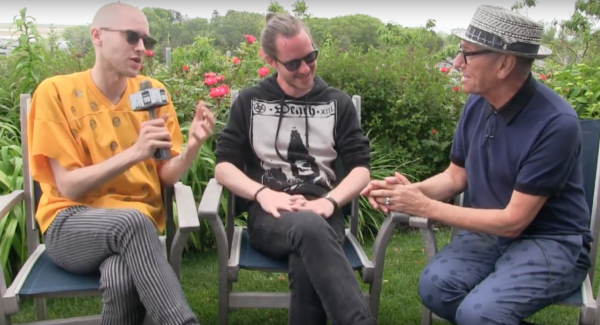 Filmmaking duo Anthony & Alex talk to queerguru about Susanne Bartsch On Top : their definitive profile of N.Y’s Queen of the Night who has set the style and pace for Manhattan’s clubbers for the past three decades. They capture the essence of this legendary larger-than-life party promoter as they look back (and at the present) of how she took over the mantle of Andy Warhol when she conquered the city.

The interview for ‘queerguru reports’ on PTV’s Channel 99 was filmed during #PIFF2017 at the Lands End Inn by Heather Reed & Hussein Wentz, and edited by Roger Walker-Dack.   The movie won The John Schlesinger Award for first-time filmmaker at #PIFF2017.

Check out queerguru’s full review of the movie HERE