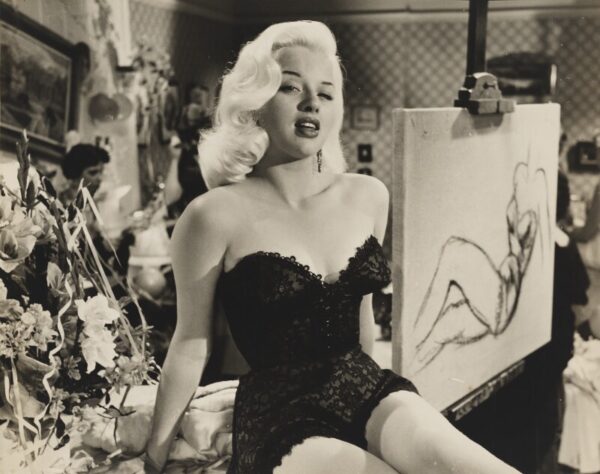 Just after World War 2 London was badly in need of some  home grown glamour.  They found it in Diana Dors  an English film and television actress blonde bombshell promoted as the country’s own ‘Marilyn Monroe‘.  Like Monroe, Dors struggled o be accepted as a serious actress,  turned out to have terrible choice in men, and died way too soon.

At the age of 16, Dors signed a  contract with the Rank Organisation, the nearest thing in the UK to a Hollywood Studio and they gave her small parts in films where her role was generally just to look sexy 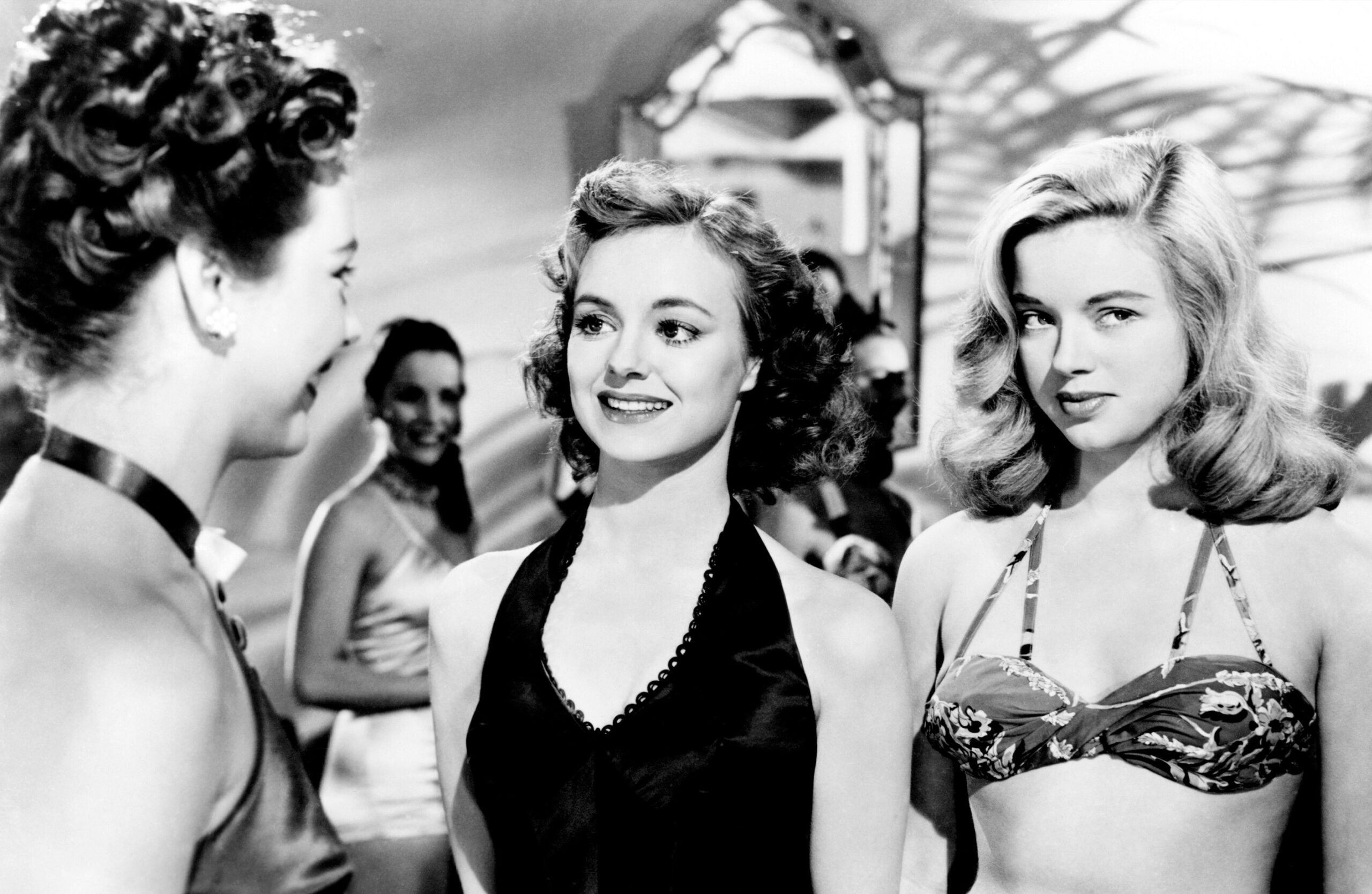 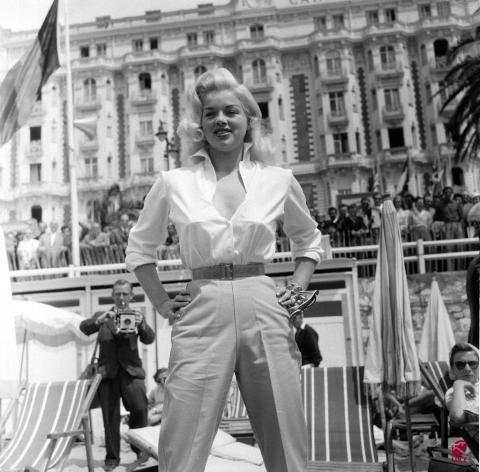 In 1952 Dors starred in  Lady Godiva Rides Again for Rank (a film which has uncredited appearances by Joan Collins) but Rank went Bankrupt. Her first husband Denis Hamilton then got her working in sex film-comedies and risqué modelling,  Hamilton. a close friend of London gangsters the infamous Kray Twins. went to great lengths to advance Dors’ career in British movies and he  drove up her  income  by literally pimping her out .

Most of her movies at that time were forgettable just like Monroe’s early one..  In 1956  Dors starred in  Yield to the Night  a crime drama for which she received some of the best reviews of her career and Hollywood finally noticed. 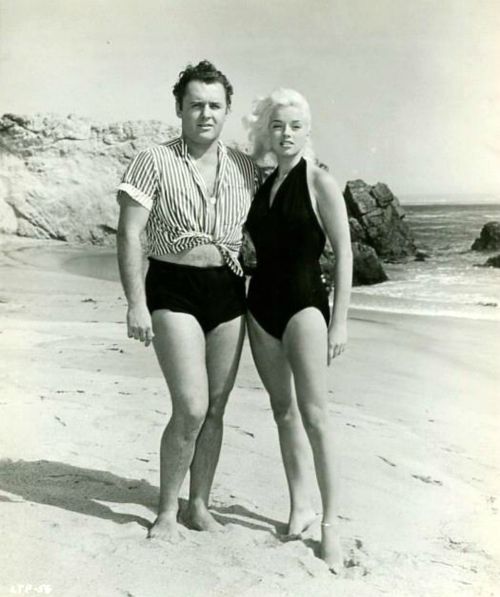 Still married to Hamilton she made 4 movies for RKO which all flopped and the highlight of her stay seems to been her (alleged ) affair with co star Rod Steiger.

After her flops the Studio elected not to make the other two films in her contract, and so she headed back to the UK to divorce Hamilton and discover he had embezzled all her money and she was now completely broke.

To pay for the lawyers  she agreed to undertake a theatre-based cabaret tour titled “The Diana Dors Show”.  Her co-star was comedian Dickie Dawson later known as Richard Dawson  who would become her 2nd husband.  But first she dumped her then boyfriend who subsequently emptied her cash box at Harrods of £18,000 and sold his story to the tabloid press 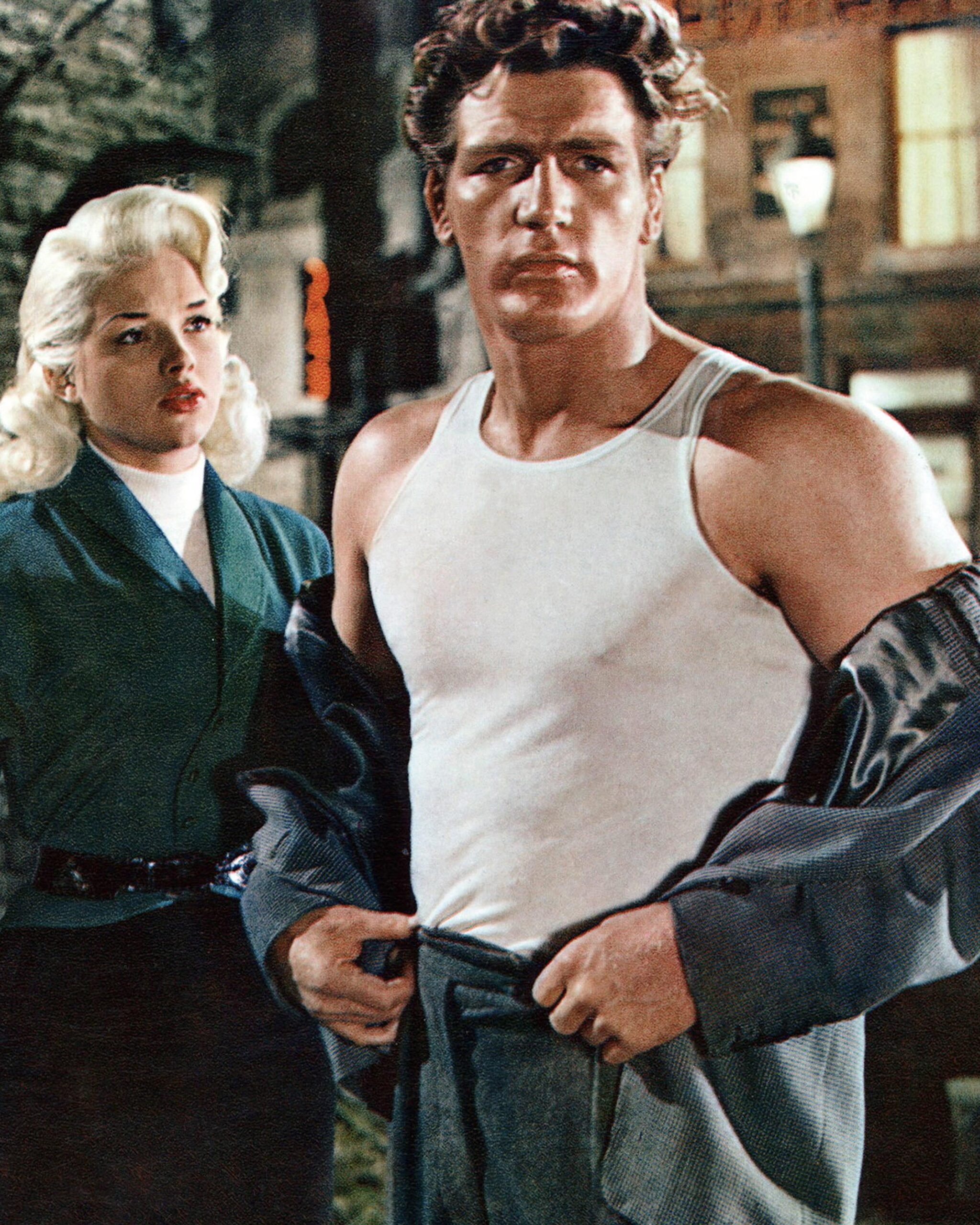 She went back to the US with Dawson and dis cabaret work and had a 2nd go at Hollywood for a  few more unmemorable movies.  Then in 1966 another divorce and back in UK and declared  officially  bankrupt, and with her fame now waning Dors started playing small venues like Working Mens Clubs.

She got a few supporting roles in film such as Berserk!  with with Joan Crawford, and then the lead role in a TV sitcom, Queenie’s Castle  which lasted for three seasons. from 1970-72

With fewer and fewer roles Dors turned her life story into a cash flow through interviews and leaked tabloid stories before she turned to autobiography to generate retirement cash. In 1960 she wrote and published Swingin’ Dors and between 1978 and 1984, she published four autobiographical books under her own name: For Adults Only, Behind Closed Dors, Dors by Diana, and A. to Z. of Men. 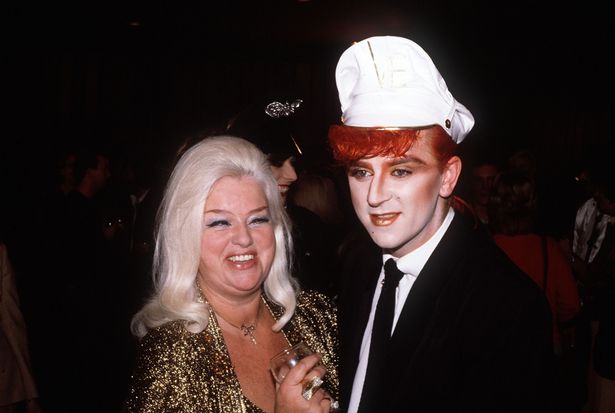 Dors was always a major gay icon : a combination of her glamour and brassiness ; the tragedy of her unfulfilled career : and her attraction to really bad men too.  Throughout her life she always displayed this optimism and vitality despite the tabloid press unceasing attempt to make everything about seems so unnecessarily tawdry. Towards the end when Dors did personal appearances in some Gay Clubs she knew she was fully accepted without any hesitation.  We could feel it felt like she was home.