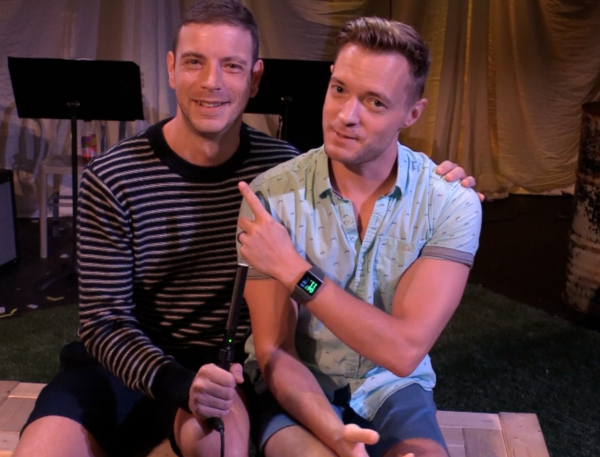 Queerguru were not the only ones to give a  ☆☆☆☆☆ review to Peregrine Theatre Ensemble exuberant’s production of HAIR: the American Tribal Love-Rock Musical, but we also went behind the scenes to find out what makes this show rock.

Our first interview in this two part series is with the Producers the indefatigable Adam Berry and Ben Berry who seem to rarely be able actually sit still for one minute.
The interview with Roger Walker-Dack for www.queergurutv.com was filmed by Dan Desjardins on the stage at Fishermans Hall.
P.S. You can read our full review of the  Show HERE 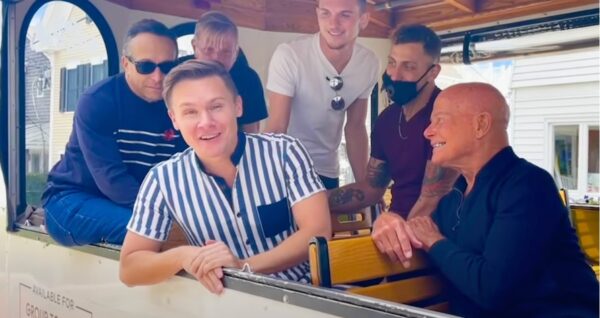 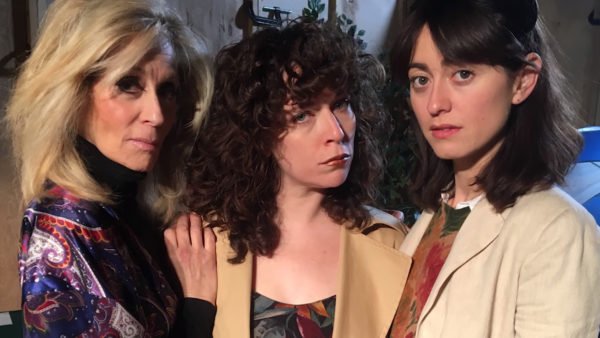 The director/writer/actress HANNAH PEARL UTT was at the PTown Film Festival along with her star Judith Light to screen her latest movie BEFORE YOU KNOW IT which was the Festival’s Closing Night Film. Before the screening she sat down with QUEERGURU’s Roger Walker-Dack to spill the beans about the film.

There’s not many times when queerguru literally takes (0ne of his many) hats off, but Kristen Becker’s truly wonderful new scheme is something that we are so totally smitten with, we couldn’t stop ourselves.  This out  …. and very loud …… lesbian comedian who has made Provincetown her home for a few years now, has started a project to help some of the disadvantaged LGBT youth from Louisiana where she originally hailed from.  Now the third one has just arrived to spend the summer in Provincetown, which is bound to be real life-affirming experience, Kristen took time to sit down with queerguru to talk all about The Summer of Sass.

The interview was recorded by Roger Walker-Dack for ‘queerguru reports‘ on PTV’s Channel 99.

South Florida has always been a home from home for many LGBT residents of Provincetown who like to swap the sometimes brutal winters for the sunshine state. Now The Stonewall National Museum & Archives in Wilton Manors has a new exhibition called The Lure of Provincetown that takes a look at the history of why people still flock back every summer without fail.

Featuring photographs by the late Al Kaplan, who arrived in P Town in 1961 aged 18 and for the next five years recorded the community that he was at the center of. Midge Battelle’s photographs are from the 1990’s when she recorded the annual Dyke Drag Brunch that takes place during P Town’s Womensweek. They are joined by art from Len Paoletti who before he retired to Fort Lauderdale ran a couple of P Town guest houses whilst practicing his art.  Paoletti is best known for his canvasses on scenes at the Boatslip Tea-Dances which have a distinct 1980’s feel to them.

queerguru P.T.V’s roving reporter who winters in Miami Beach caught up with Chris Rudisill, Stonewall Museum’s Executive director to get the low-down on why he thinks there is such a bond between the two towns.